Raging bull in an India shop 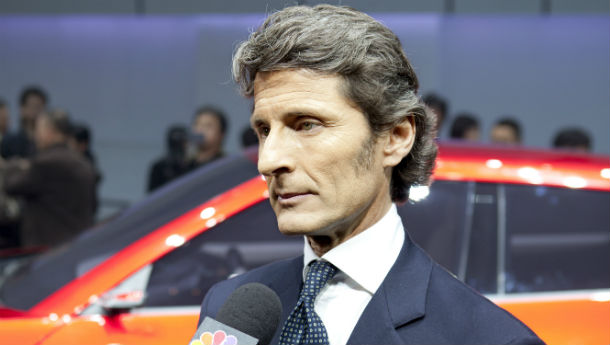 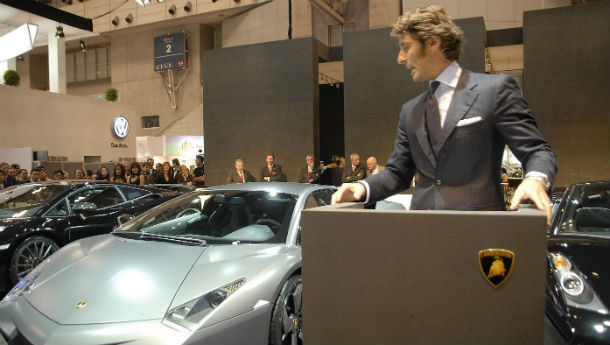 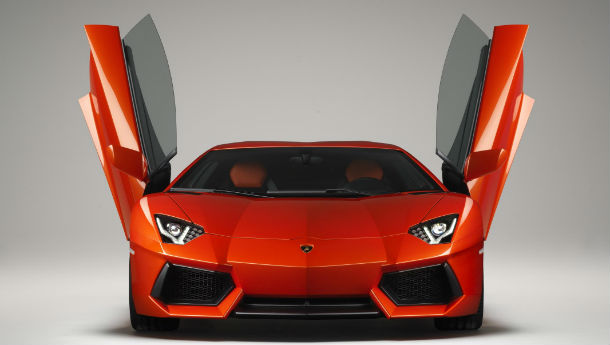 With his bespoke pinstripe suits made of English wool, Old Bond Street shoes, Italian tie, flower power bracelets and sideburns, Stephan Winkelmann seems to have arrived straight from a baccarat table in a Bond flick. But, the German-born, Italy-raised paratrooper-turned-automobile poster boy embodies Lamborghini’s raging bull image. He has never been a conformist, having done things often not in tune with traditional Italian taste. For one, he has added German precision to the Italian marquee brand’s panache, speed and power. On his second visit to India, he wants to shake things up among the super-luxe sports car lovers.

Who said the urge to make a statement would succumb to the slowdown? But, to be realistic, even a Rs 2-5 crore Lamborghini is not recession-proof. Punitive taxation and zero infrastructure make it even tougher to broad-base the market. But “lights are always brighter than shadows”, quipped the 48-year-old president and CEO of Automobili Lamborghini as he settled in for an exclusive chat. “Our strategy is not linked to a year or a region but to a process, partners and a plan. We don’t want to rush.”


That’s quite evident as after six years of finding a toehold in India with a single dealer in Delhi, Lamborghini has finally reached the Maximum City. But the “I” in its BRICS roll-out is very strategic. Along with the second dealership, the company — a subsidiary of Audi — is setting up a national sales team with a dedicated head of India operations, Pavan Shetty, for a 360-degree organisational approach. That means it will no longer be relying on importers, probably the first among the global super car brands to do so.

But, this is a tough market to crack. It is also too large.

So, naturally then, a presence in the south is the immediate next step. “We are still deciding amongst Chennai, Bangalore and Hyderabad,” added Shetty. “I am in the process of building a team here.”

“We are not pushing our dealers to invest exclusively on us but utilise their current resources to serve our brand as well. So, it's not uncommon to find our brand being sold along with our peers in nearly all parts of the world,” Winkelmann pointed out, highlighting the common service and showroom set-up.

For example, the dealer in Delhi sells and services Lamborghinis along with group brands like Bentley and Bugatti under the same roof. Without diluting the exclusivity, Winkelmann also wants to exploit the larger, existing Volkswagen group ecosystem in India through common back-end services like financing, HR functions, logistics and market surveys.

But it’s better to take baby steps as the market has not even reached adolescence. Last year, all the seven players — including Aston Martin, Ferrari, Koenigsegg, Porsche, Audi and Mercedes-Benz — together sold 100 super sports cars. This year, they are expected to sell 30 more. Lamborghini with its two models, Gallardo and Aventador, sold 14 units and by 2015 has a target of 50 out of a total of 275 for the segment.

This year’s additional 15-percentage point customs duty on completely built units (CBUs) will perhaps not make the Lamborghini fanatics flinch, but prices are getting passed on to customers and demand is seeing hiccups. “But, taxation is not the main issue. It is not hindering sales volumes as much as infrastructure is. Around the world, luxury car makers are the favourite whipping boys,” felt Winkelmann. “Even in China, taxation is very high.”

But, why is the Chinese market 20 times the size of the Indian? Winkelmann sold 342 of his speed beasts last year and the dragon’s appetite seems insatiable. But he said, even China was “showing traces of slowing down”.

“The Chinese economy is very much based on the automobile industry and the rich are very big spenders” he professed, while in India there are “pockets of wealth”. Delhi buys the most. But interestingly, so do people in MP and in Kolkata or Hyderabad.

The buzz is spreading. “What is very interesting is that the youth identify with our brand the most in India. Lamborghini has the youngest community of drivers here. And that means a tremendous long-term relationship potential,” said Winkelmann, emphasising the opportunity. “They know what the latest trends are and what is sexy.”

Then his thesis becomes even more interesting. “Indians are amongst the most mobile ethnic communities in the world apart from the Russians. So, when they buy another house or settle in London or Singapore or in the US, they often buy another super car. The numbers in India may look small but the Indian globally is buying Lamborghinis throughout.”

Who is this great Indian Lamborghini billionaire? The die-hard passionate trophy hunter who “perhaps would have bought us even if we were not present here”. The company won’t reveal names, but these are the CEO collectors ala Anil Ambani or Gautam Singhania, who would have a couple in their garage.

Then comes the exploding nouveau riche — the new millionaires from stock broking, real estate and construction, for whom “owning a super brand” is the ticket to join the A-list league. For them, Lamborghini’s local presence doubles the benefits.

For these new converts, the brand extensions into clothing and accessories — the Automobili Lamborghini Collection or even the single-make motorsport championship coming to a racing track in Sepang, Malaysia, for the first time this May, is bound to keep the flame burning.