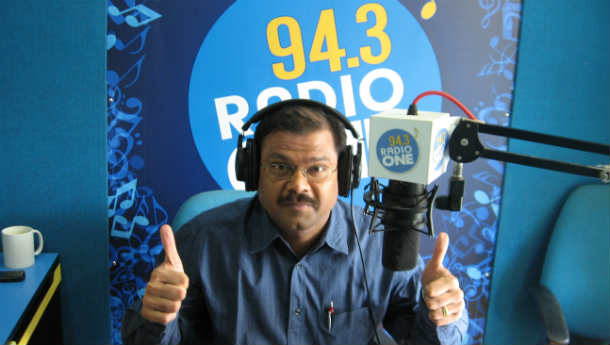 If TV is called the idiot box, what do you call the radio? I would call it the intelligent box – not always, but it’s better than the telly.

I have been hooked to the radio even before FM transmissions started in India. When you are thirsty for good, international music, then you had to be a radio buff in those days – that is, in the late ’80s and ’90s. Heck, when All India Radio used to test the airwaves with 107.1 FM in Mumbai in 1995 for about an hour or so, I used to be tuned in even then. Since then of course, FM has become popular and now we have private stations other than AIR broadcasting stuff.

One of these was the channel run by the Mid-Day newspaper folks in Mumbai, who came with the promise of plenty of international music. Go FM, as it was called then, was like God giving you a Gallardo for keeps. But then, it all changed – so much so, that there was no international music played at all. Imagine a so-called international city like Mumbai couldn’t have a 24x7 international music station. It was unbelievable that a radio station that catered exclusively to listeners of international music wasn’t financially viable. Are all the FM radio channels that play the same kind of Bollywood and Indipop stuff swimming in advertising money then? No idea, but it is difficult to believe that a city with nearly 17 million souls will only listen to similar kind of stuff.

Then WorldSpace came along – it was the awesomest, terrificest thing to happen to radioheads. It meant the end of the tyranny of the FM channels. It was like God giving you a Gallardo and your own fuel station to go with it. But like all good things, it also had to come to an end (along with the dream of having satellite radio in cars). That was a big blow, not just to me, but to my extended family and friends, who were all hooked to WorldSpace. RIP.

At least AIR, come what may, stood like an immoveable rock in these turbulent times. Though 107.1 FM does not play international music 24x7 in Mumbai, at least the best hours of the day is reserved for it. Needless to say, I was – and will be – hooked to it. And this is despite some really inane jockeys, sound drops, CD skips, bizarre AIR messages, news bulletins in some unidentifiable language, country music, highly repetitive songs and of course, James Blunt, Bruno Mars and Shania Twain. No matter what, I will always be thankful to 107.1 FM for keeping the faith.

But now, things are finally looking up in Mumbai. The same Mid-Day Entertainment folks have seen the light and 94.3 FM is now a 24x7 international music channel, one that doesn't play soporific music unlike 107.1 FM. Even if I am stuck in the car without a CD or a USB, I know I will have some nice music accompanying me on my commute. Oh, let me add that I listen to radio at home and I rarely watch TV! Yeah, I am a weirdo.

Okay, so what am I going ga-ga about radio for? The reason is that a dream has come true. BSM is on radio – Radio One 94.3 FM, on all Sundays, from 10 to 11 am. Yours truly is now actually talking stuff on cars in the show. Okay, less chatter and lots of terrific music. What a way to Sunday!

So if you’re in Mumbai, tune in and enjoy the show. And yes, turn that damn idiot box off.