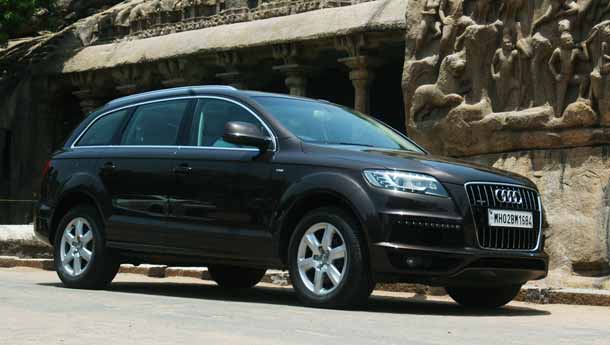 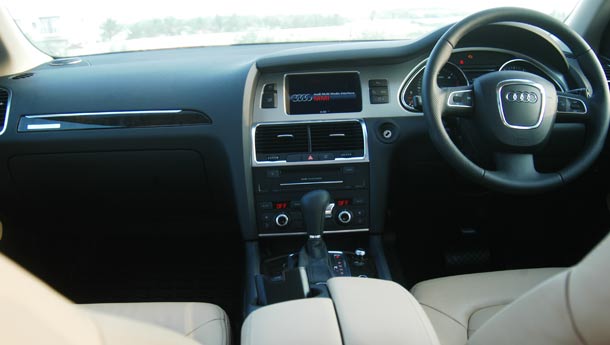 It's really hard to not fiddle when you have a good thing going. The constant fear of being overtaken or left behind dogs your mind, and at times might play tricks on you. I guess, it's the similar sort of dilemma Audi were in when they recently launched the facelifted Q7 in Europe . Now the Q7 has been around the international markets for nearly four years and its fan base doesn't seem to be waning. So when they planned a mid-life facelift more than a year ago, the conundrum facing them was - should we or should we not? Well, they decided to take the plunge anyway and this, the facelifted Q7 will be available at your local showroom by the time you read this.

So what's new, you ask? Well, it's a facelift in the literal sense and the changes are more cosmetic than mechanical. You now get LED turn lamps and daytime running lamps. Why o why did they have to overdo it is beyond me, but well, if 23 diodes arranged in a U-shape catch your fancy, then you are the kind of person Audi wants to target. A new front bumper has also got more prominent 'chin wings', ala the A4. New shaped tail lamps with LEDs, a newly designed all-aluminium tailgate (that saves some pounds and blushes) with a flatter spoiler and a new rear bumper make the raft of major exterior changes.

On the inside, you get a new audio system with a 40 gb hard drive - 30 gb of which is dedicated for navigation alone (what a waste!). It also has two SD card slots – one for maps and the other for music. More lights on the door pads means this car is a festival all year round, with just festoons needed to complete the party. Everything else stays more or less the same, so you get seven seats (with the option of a six-seater), lots of space and lots of other gadgets to play around with.

It feels no different on the road, because mechanically this vehicle is the same, apart from a new regenerative braking system that re-charges the battery under braking, thus putting less stress on the alternator and therefore the engine. Audi claims a marginal improvement in fuel efficiency in the process and a 5 g/km CO2 reduction, which probably changes the tax band under which it's available in some countries in Europe but makes no difference to the price tag here.   To put it through its paces, Audi handed over the keys for a drive on the East Coast Road from Mahabalipuram to Pondicherry and back. The 200 km odd route has some nice right handers with cambers and straights that disappear into the horizon. The 56.1 kgm peak torque of the Audi Q7 behaved like a willing companion, aided in no small measure by the good quality road surface and the scenery. Audi's six-speed automatic gearbox feels a little slow off the blocks but as the peak torque and power curves start to get closer, the Q7 picks up pace very nicely. Yet, the Q7 can feel cumbersome at times and all those attempts to reduce some heft really haven't changed the way it goes or stops. Braking isn't bad for a vehicle its size, but because of the weight, it takes some time for the car to react to the change from acceleration to deceleration. Handling is nice and tight, with some body roll thrown in, since it does measure upwards of five metres and so due credit must be given there. The Q7's ride stays the same as well, firmer at slow speeds that only gets better as the speedo needle starts to climb. Opt for the optional 20-inch

Audi haven't released any details on the pricing just yet, but we suspect a marginal increase in the price – somewhere by Rs 2-3 lakh. That should still keep it in the reckoning with its competition, yet continue to keep the ball rolling for Audi in India, along with the other best-sellers – the A4 and the A6. With its immense appeal and ability to still turn heads, the new Q7 will pick up from where its predecessor left off, yet one would have expected more changes in terms of performance and dynamics – something like what Porsche did with the Cayenne facelift in 2007. In the real world, however, the Q7 won't be bothered with muddying its shoes or developing dents on its running boards – at least that's what its customers seem to suggest. It's too much of a good thing to change, isn't it?