Put a lid on it 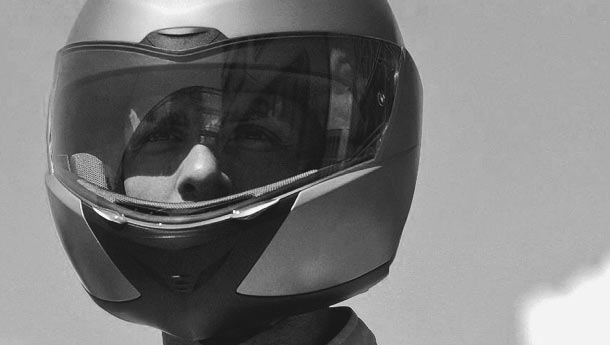 Such is life in the big metro of Mumbai (or it’s just my bad luck) that I’ve had to shift again and this time, the commuting time has gone up exponentially. I’ve been trying to optimise my new commute as such, exploring different routes at different times, trying to figure out the shortest and most stress-free combination. Sadly, all the research counted for nothing because whatever combination I chose, it took roughly the same time. All the free time on the motorcycle eventually led to lots of mental calculations and thus, the realisation that if I spent an hour on a commute going one way each day, I’d be roughly spending almost two whole days just battling traffic and being bombarded with swarms of pedestrians who jump onto the road without the slightest warning (just for kicks?), drivers who drive like they’re 10 drinks down when they’re sober and pollution. Oh, the pollution! An hour – at the very least – of breathing some of the worst air in the whole wide world won’t exactly do wonders for your health.

Which got me thinking – why isn’t anyone making a helmet which cuts down on exposure to pollution, particulate matter and dust? I tried one of those gas mask type things recently and even though it claims that most harmful matter is taken care of, the restriction on breathing is so heavy that I nearly blacked out when I tried it once in traffic. Seriously, a helmet that fits that requirement won’t be <i>that<i> difficult.  I’m no expert at these things but to achieve better quality of air inside the helmet - put a flexible seal around the neck and plonk in some activated carbon filters to eat up particulate matter on the venting ports. There is no way to get a 100% airtight seal inside the helmet but a reduction of even 50% will make a massive difference over an extended period of time. There might be helmets which do this to an extent but I’m surprised no one has come up with a good product that promises just this. If we’ve invented atomic clocks and over smart phones that crack jokes, I’m sure a well-built, good breathing helmet that drastically reduces your exposure to pollution is entirely possible. Just make sure you don’t ride with the visor up.