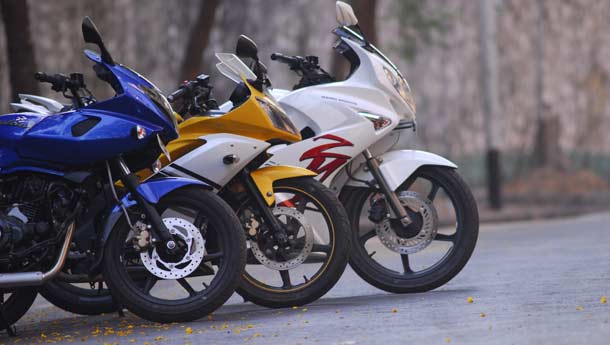 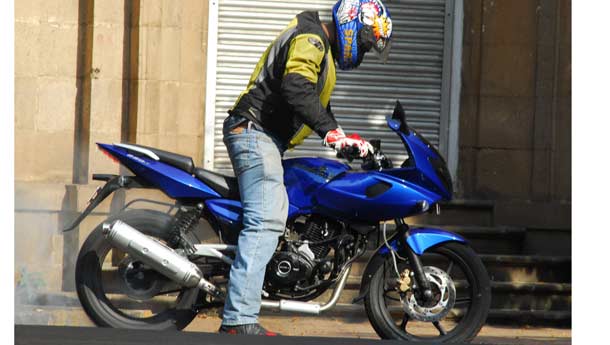 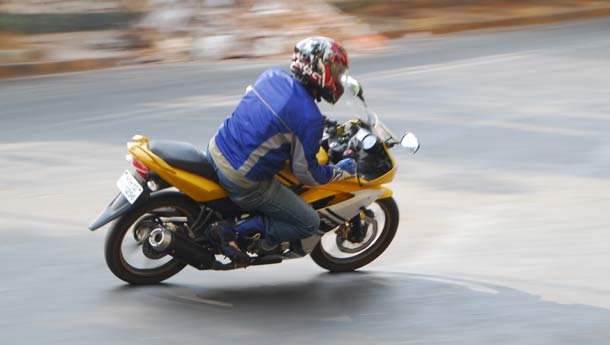 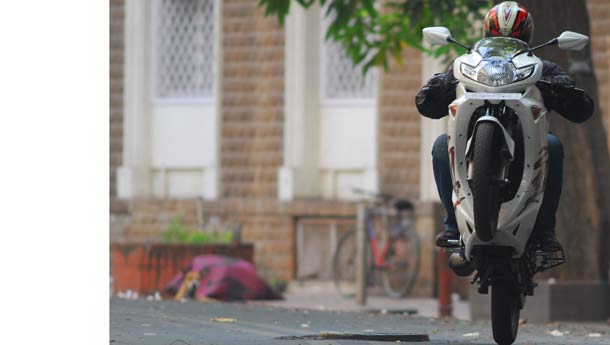 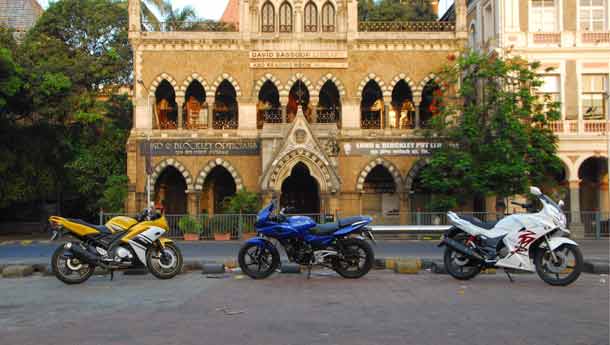 Relativity. Einstein’s much talked about and not much understood theory applies to motorcycles as well. Especially when it comes to Performance – a potent word, isn’t it?

When it comes to motorcycles, that word means a lot to some motorcyclists and that’s why every manufacturer has a flagship model that appeals to the rubber-smokin’ bunch. And let me state right away that each of the bikes you see here is a great motorcycle in its own right.

One of my favourites. And everyone else’s too, although Bajaj haters might rage to differ – they’re the sort who’ve never owned motorcycles and sit on internet forums all day, debating over 0.004-bhp differences. However, the P220 can silence even these ‘connoisseurs’ with its 20.83 bhp and 1.95 kgm. And though the power is somewhat numbed by the weight (a byproduct of sheer overengineering), it really doesn’t stop you from having a good time on this motorcycle. Besides the R15, the P220 is the only other motorcycle with which I’ve had genuine fun on racetracks – not lap time-shattering type, but a different kind of fun, mind you.

The MRF tyres do a good job of sticking to tarmac and the suspension allows for stable and accurate handling. However, due to the weight and the long wheelbase, you really have to be well-versed in Body English to make significant progress in twisties. And that is certainly fun in its own heart-pounding way. What’s more willing is the motor – it’s got electric throttle response and loves being redlined, producing strong shove everywhere in the rev range – it’s the fastest of this trio in a straight line. And when it comes time to stop, the brakes are up to the task. It’s very comfortable to ride for long distances and has a decent amount of kit too. Overall, though, the P220’s age does tell. Doesn’t matter: it’s still one helluva motorcycle.

My beloved Bumblebee long-termer! I’m so partial to this motorcycle, it’s not fair to the other two. On any other day, they might as well have given up and gone home. But not today, for ’Bee has to be part of this face-off. And it does so without breaking a sweat. Here are the gripes I have: the rear could be made more harmonious with the front-end design, the engine could make more power... and er, that’s it. Another thing is, it could be a bigger motorcycle – I always look like Gulliver on a Lilliputian motorcycle on it – but then it’d lose its light weight that makes it so enjoyable. However, the small size doesn’t make it uncomfortable at all. The riding position is sporty but comfortable and the ride quality is excellent. The four-valve liquid-cooled motor’s near-17 bhp is enough for everything, except perhaps for blinding top speed. However, for a 150cc motorcycle and with the shorter gearing on our long-termer, the speedo still manages to show 125 kph. Not bad, eh?

But what this motorcycle is all about is the handling – it’s simply in a class of its own when it comes to tearing around a corner. No other bike in India feels as confident when leaned over to the max – it’s almost as if the bike’s doing everything on its own, that’s how well connected the rider and machine are. I’m sure that many of you share my gripes with the R15. And I must tell you that a new flagship is on its way which corrects those flaws. But I sure hope, more power or not, they retain the handling excellence of this one.

Born from the ashes of the ever lovin’ ’Zma, the ZMR was designed to... well, to keep the riding populace’s interests and hopes up. To be honest, I wasn’t too convinced about this bike when I rode it first – the old ’Zma with the ZMR’s rear shocks is just what fans of this bike need. But then there’s always something good to be said; it’s a motorcycle after all and a fast one at that.

The ZMR’s giant ’Busa-killing fairing hides two of the updates to the Karizma – oil cooling and fuel injection. Besides that, there’s the rear disc and gas-charged shocks at the rear, in addition to new meters. The friendly ZMR is a good sports touring option; it’s got a broad spread of power and gearing is tall and relaxed. Hence, it never really bothers the P220 or even the smaller R15. Handling is similarly relaxed thanks to the mass, so the overall feel is of a long-legged, chilled-out motorcycle that will keep going until you wish to. However, the ageing motor doesn’t seem to have gelled well with fuel injection – it tends to be harsh when riding hard. Other than that, there’s no real problem with the motorcycle.

My main problem with the ZMR was that it could be so much more than what it is – an upgrade with no real advantage over the older bike. But I also know that Hero Honda’s hands were firmly tied behinds their backs when it came to development work – Honda wouldn’t permit it, it seems. Now, with their split from Honda, I look forward to see what Hero can do with their flagship motorcycles. Until then, the ZMR is strictly for those who want nothing but a Hero Honda.

Each of these motorcycles has a strong following in India. Each one also has its own strengths – the P220’s got the firepower, the R15’s got the moves and the ZMR’s got that loungey feeling. But that’s what their individual characters are, and it’s all very relative. When it comes to the horsepower-to-money ratio, nothing beats the P220 and it’s still quite a brilliant buy. However, the best motorcycle here is the one that brought a never seen before level of overall performance that none has still been able to match. For that reason alone, it’s the R15 that’s the clear winner. Long live Bumblebee!