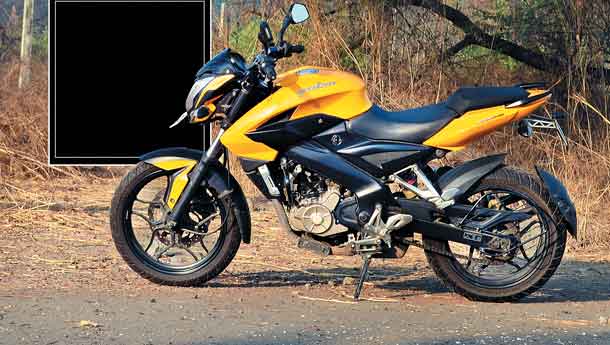 I don’t think we’ve given Bajaj’s latest Pulsar enough credit. This is one of the finest home-grown production machines in the country today. For the price, it’s fantastic and in just one single year, Bajaj has produced two of the best motorcycles on sale right now. Sure, KTM’s technology has helped them make this massive leap, it’s not easy meeting this kind of success. In turn, KTM benefitted from Bajaj’s cost-effective mass-manufacturing expertise. Credit where credit’s due. Good job, Bajaj.

We’ve spent nearly a year with the NS and all things considered, we really wouldn’t hesitate in recommending one. Like we mentioned in our earlier report, the 200NS is stunning. It looks purposeful, the proportions are just right and save for the hideous hugger, the 200NS looks pretty good. We’ve ridden the Pulsar hard for almost the entire time we’ve had it and yet, no real issues have cropped up. The much-improved build quality was also much appreciated. In the city, it’s nimble and quick to change direction though we don’t like that slightly top heavy feeling. Riding out on the highway, it’s a much more comfortable motorcycle than the Duke 200, it can cruise better at a higher speed and even on the economy front, it wins. No doubt, the KTM will eat it raw in the twisties and tighter urban spaces, but the Pulsar is just better everywhere else.

It’s fun, fast, practical, good-looking, built right, has a good service backup, is priced spot-on and simply put, it just works for India. There are a few niggles but none of them are even close to being deal-breakers. If this is a teaser for Bajaj’s future, the future looks very promising indeed. So promising, in fact, that we’re getting impatient – just bring the 375 already!