The Yeti’s big brother is inching closer towards becoming a reality and, in the build up to its debut in September this year, Skoda has released design sketches of the Kodiaq SUV. As seen in the images, most of the design elements from the VisionS concept have been retained and the production-spec Kodiaq will have similarities with the Skoda Superb. 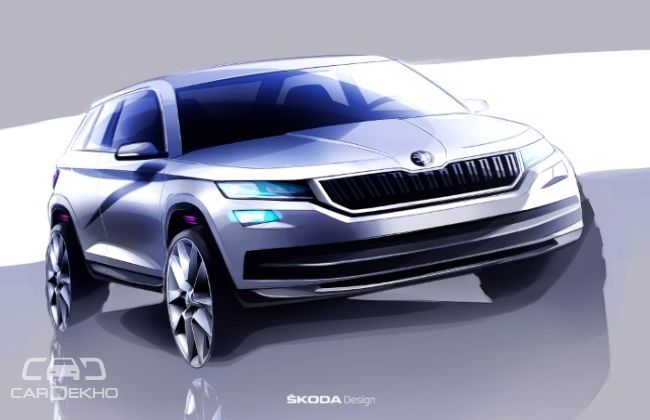 Based on the Volkswagen group’s MQB architecture, the Kodiaq is the VW Tiguan’s sister. The VisionS concept featured a plug-in hybrid powertrain, consisting of a 1.4-litre TSI petrol engine and two electric motors placed on the front and rear axles respectively. The system produced a combined power output of over 220PS. The production version though, is likely to derive its engine and transmission options from the Superb, including 2.0-litre TSI (petrol) and TDI (diesel) engines. Yes, the Kodiaq won’t just be some big and muscly soft-roader, and will be offered with 4x4 as well.

The exterior will feature the trademark Skoda family grille, LED tail lights and a sloping roofline with integrated roof rails. The concept itself is 4.7-metres long, 1.91-metres wide and 1.68-metres tall and we expect the car you can buy to have similar dimensions. 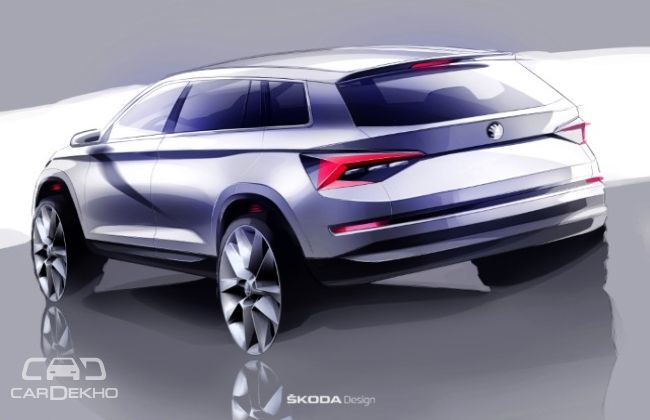 We haven’t had a chance to look at the SUV’s interior yet. The cabin in the VisionS concept featured interesting elements like a touchscreen infotainment system housed on the front passenger’s side along with more touchscreens on the headrests and door pads. However, we expect the 7-seater Kodiaq to borrow its interior design and features from the Superb, including power adjustable and ventilated front seats, multi-zone automatic climate control, a sunroof, and steering-mounted audio controls.

Since we know the Kodiaq’s arrival date, expect the premier at the 2016 Paris Motor Show. The launch in India could be in the latter half of 2017.In India, the Kodiaq's rivals will include the Ford Endeavour and new-gen Toyota Fortuner.