Its curtains down for the popular first-generation Toyota Innova in the country. Making way for the second generation Innova Crysta, Toyota Kirloskar Motor (TKM) rolled out the last unit of the outgoing current generation Innova at its Bidadi plant in Karnataka. 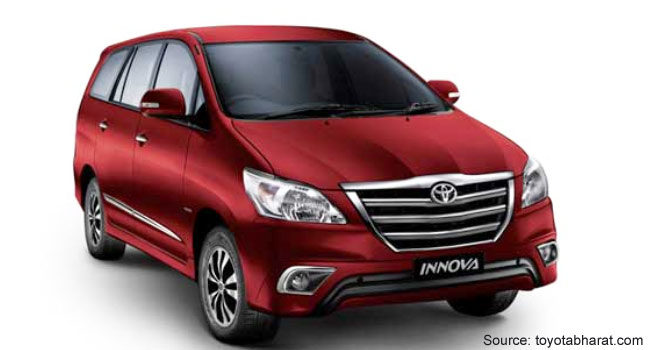 Launched in 2005 as a replacement to the equally popular Qualis, Innova went on to become one of the best sellers in the MPV segment. Contrary to earlier speculation, the current Toyota Innova will not be sold alongside the upcoming Toyota Innova Crysta which was showcased at the 2016 Auto Expo.

The new Toyota Innova Crysta is based on the TNGA (Toyota New Global Architecture) platform, and will be a more premium offering from the brand. The second generation Toyota Innova will not only be more upmarket but also get new and frugal engine options.

Instead of the 2.5-litre diesel engine used in the outgoing model, the Innova Crysta will be powered by an all-new 2.4-litre engine that can be optioned with either a 5-speed manual or a 6-speed automatic transmission.

The Innova Crysta will be equipped with features such as a 7-inch touchscreen infotainment system, automatic climate control, an engine start/stop button and cruise control.

Bookings for the Innova Crysta will open later this month or early in April, and is expected to be priced significantly higher than the outgoing model.