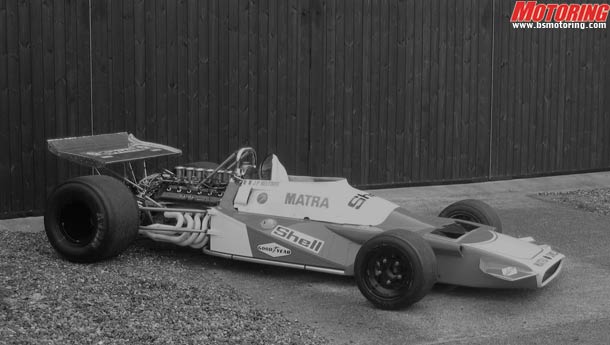 Back in the late seventies the grandstands at Sholavaram were packed. The evocative tales have been passed down from generation to generation. And there’s proof too – old black and white photographs, faded with age, but you can see clearly the grandstands groaning under the weight of the crowd.
I’ve often also asked people how and why the grandstands were so crowded. Of course, the most obvious answer is that Sholavaram was the only place you could actually watch circuit racing if you wanted to. There were no F1 broadcasts back then, remember. But there is also the fact that going there to watch races, no matter how far away from the city, was easy. ‘How?’ you ask. Well, the government would organise buses to ferry people from allotted pick up points in the city to the racetrack. And back. For free. A rather nice gesture, don’t you think?
Then there is the historic Himalayan Rally in the eighties (cue shameless plug - you can read a full feature on it in the February 2012 issue of BSM) where prizes, the first year, were distributed by the then Prime Minister, Indira Gandhi. And at subsequent editions of the rally President R Venkataraman flagged the event off and was present at the prize distribution ceremony too. Also rather nice touches, no?
Cut to 2011. Somewhere along the way things have changed. I know we’re all basking in the glory of the Indian GP. Rightly so – the event was run and run well. But let’s not forget that it took a privateer company to come in and build a world-class racing facility in India, with very little help from the government. In fact the government kicked up a fuss when it came to import duties on the F1 cars and what not, and then Ajay Maken, Sports Minister threw a fit about not being invited to the F1 race. Ummm… You’re the Sports Minister, for crying out loud. Show some sporting spirit and just show up!
Rewind 85 years to post World War I Germany. The year was 1927 and the world welcomed in a brand-new racing facility that would go on to become one of the most iconic racetracks in the world – the Nordschleife. Why was it built? Well, of course for people to have a jolly good time racing on. But it was also built to attract industry to the region and provide people who’d lost their livelihoods in the war with employment opportunities.
Then there was the French President Charles de Gaulle. In the sixties, de Gaulle gave Matra a million and a quarter dollars in the form of a nonrepayable ‘loan’ to build a grand prix car. Two years later, with Ken Tyrell as team manager and Jackie Stewart as driver, they won the world championship. How’s that for government involvement?!