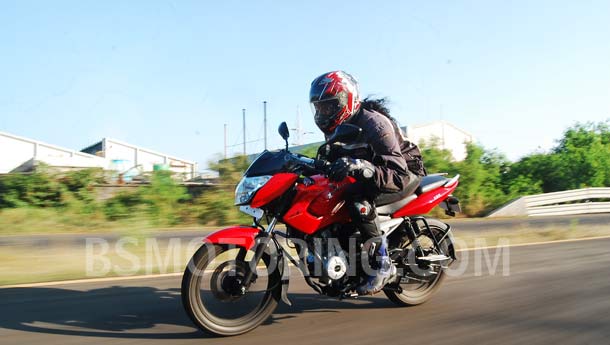 The country's second-largest two-wheeler maker, Bajaj Auto, today said it has hiked the prices of almost all of its models by up to 2 per cent with effect from October 1.

"We have raised prices by up to 2 per cent for almost all two-wheeler models from October 1," Bajaj Auto Managing Director Rajiv Bajaj told reporters here.

Bajaj Auto's move to hike the prices of its scooters and bikes comes in the wake of similar steps by other companies, such as Maruti Suzuki and Tata Motores, to offset rising input costs.

While Maruti had increased the prices of all its models, except the Alto, by up to Rs 7,500 in August, Tata Motors hiked the price of its passenger and commercial vehicle by up to Rs 40,000 at the beginning of this month.

Bajaj Auto had reported its highest ever motorcycle sales in a month of 3,14,515 units in September, a 26.24 per cent jump vis-a-vis its performance in the same month last year.

The previous record was achieved by the Pune-based company on the back of the robust performance of its premium bikes, Pulsar and Discover 100.