Pressure on utility vehicles to weigh on M&M 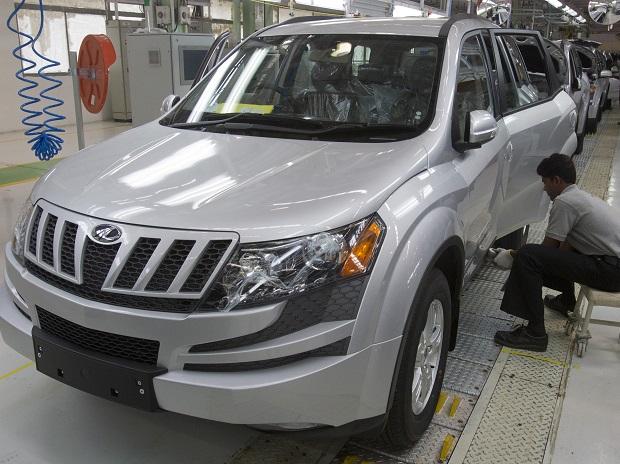 The stock of Mahindra and Mahindra (M&M) is down 2.5 per cent over the last two trading sessions after the Union Cabinet cleared the hike in cess on large cars and sports utility vehicles (SUVs) up to 25 per cent from 15 per cent under the goods and services (GST) regime.

Companies have indicated that they will pass on any hike on account of cess to consumers. Among the listed companies, while Tata Motors and Maruti Suzuki will be affected, the largest impact will be on M&M given that a larger share of its products falls in these segments.


Earlier, mid-size and large passenger vehicles had a GST rate of 28 per cent and a maximum cess of 15 per cent. Depending on the size, the impact of the reduced taxes under the previous GST regime on the vehicles was different. Given the lower tax incidence, mid-size cars with length above 4 metres and engine size below 1,500 cc gained by about 5 per cent, while those with about 1,500 cc size (SUVs, luxury vehicles) benefitted by 12 per cent.


All that will now change with the new GST rate. Given the reduction in cess was passed on by M&M through cut in vehicle prices to the tune of 1-7 per cent barring the Scorpio hybrid, which saw an increase, the hike in cess will also be passed on.

Ashvin Shetty of Ambit Capital believes that while there might not be any hit on margins as higher taxes will be passed on, there could be some volume impact due to the price hike. He expects M&M to be the most impacted due to the large exposure pegged at 40 per cent of its utility vehicle (UV) portfolio to these segments.

This has come at a time when companies including M&M were looking at strong volumes gains after a quarter impacted by the GST transition. Inventory restocking by dealers and higher discounts impacted revenue and margin performance of most auto companies in the June quarter. The situation could worsen for the company, especially in utility vehicles where it is losing market share to competitors.


While its utility vehicle sales have declined 5 per cent year-on-year in the June quarter, due to higher competitive intensity and slow demand recovery in rural areas, it has lost 370 basis points market share in UVs to 27.9 per cent compared to the June quarter of 2016. 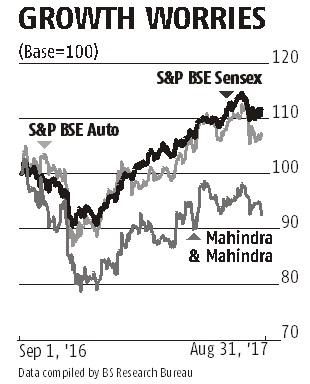 While the situation on the utility vehicles side, which generates 60 per cent of revenues but only 40 per cent of operating profit at the segment level, does not look bright, the company’s farm equipment segment is consolidating its presence in the tractor segment. Tractor sales were up 13 per cent year-on-year in the June quarter and comes on the back of a 23 per cent growth in FY17. The company’s market share hit a record high of 45.8 per cent in the June quarter (up 190 basis points year-on-year) on the back of new product launches (Yuvo range) and improvement in the dealer network.

M&M expects industry sales growth of tractors to be in the 10-12 per cent range. Given its recent sales record, expect the company to outperform on this count in FY18 as well.


At the current price, the stock trades at 15.4 times its FY19 earnings estimates. On a price-to-earnings basis, it is the cheapest stock available among top auto original equipment makers as well as auto ancillary companies. Investors can use any declines to make an investment into the company.