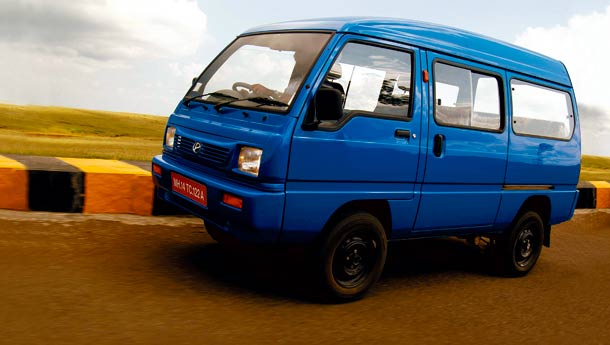 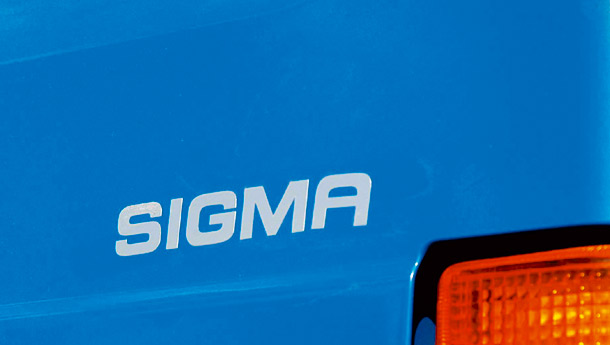 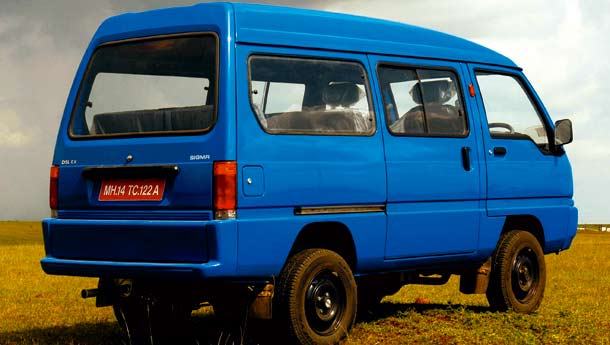 Looking at the Premier Sigma, strange memories come to my mind. Of Lionel Richie singing ‘Hello’ to a blind girl and people wearing those tight ‘stretch’ Hara jeans. Yes, the Sigma would remind you of the eighties too. That was the time when we first saw an engine buried beneath the front two seats of the Maruti Omni, slid the rear doors to get in, gaped at the luggage space behind and marvelled at the Suzuki’s brilliant turning circle.

So you know what, even if the Sigma looks right out of the 1980s, it need not be a bad thing. It fits in a niche that’s absent in our country. If you want to buy a reasonably priced diesel vehicle that can carry six or more people and don’t want to go in for large utility vehicles like the Bolero or Qualis, you really don’t have a choice. Which is where the Sigma makes sense. It will be available in 5, 7, 8 and 9 seater options, it will also give you the option of having a twin-AC, single AC or no AC at all. The van format is something we Indians are quite comfortable with, thanks to the sterling work done by the Omni. Now imagine a taller, more spacious Omni with a diesel engine, and you can see the applications the Sigma can be used for – not just a personal family vehicle, but as a commercial vehicle too.

We had published a scoop picture of a van called the Galaxy about two years back. Premier was planning to launch this vehicle and it was undergoing tests in and around Pune. The Galaxy was a Mitsubishi van of Taiwanese make, but the engine inside was the very familiar Peugeot TuD5 – it’s a good thing the TuD5 was not chosen, I’ll tell you why later. Things have changed since then, and we have the Sigma instead. So Premier has diligently been at it that long, and finally they seem to be ready for launch. Which should be sometime around Dussehra/Diwali.

Ignore the 80s look – gawky appearance, un-adventurous straight lines, uncomfortable front end, a hatch that opens with the help of metre-long struts, and the overall similarity to the max headroom Maruti Omni we had earlier – and let’s see what’s on offer.   Getting in (or out) is an art, which only flexible human beings who do a lot of yoga and exercise – obviously I am not one of them – can manage with ease. That’s because of the inherent design of the seat that can only go back this much and because of the steering wheel position; it is almost parallel to the vehicle floor, and not angled like in most cars we’re used to. To use a parallel I have used before while describing the Volkswagen Microbus, it’s like holding a round tray. Initially, it took some time to get used to, but soon it doesn’t feel all that irregular.

Now, the Sigma is quite basic actually. The dash is a vast expanse of plastic and it looks as if it’s been built to a cost. Which means vibes and noise from the oil-burner do get into the cabin, but it’s not as intrusive as I expected it to be. That’s in spite of you sitting on top of an IDI diesel engine, with only the seat and noise-absorbing foam in between. The four-cylinder 1995cc naturally aspirated diesel unit, of Isuzu design, develops 58 bhp at 4500 revs and 12 kgm of torque at 3000 rpm.It’s mated to a four-speed gearbox that transmits power to the rear wheels.

The gear lever is surprisingly stubby and the gears fall into place quite well. The first notch is only for taking off, and soon you realise you could do the same in second as well. Thanks to all the power and torque coming in at early engine speeds, it’s in third and fourth you are, most of the time. Even in fourth you can just crawl. Which makes the Sigma quite an easy vehicle to drive and it’s comfortable too, as you are not shifting much. Now here’s where the advantage of this engine is felt over the TuD5. The power output of both is the same, but the Sigma’s unit develops more torque than the Peugeot oil-burner, and more cubes also mean it’s relaxed too. The TuD5 would have run out breath with a full load as well. However, it does not mean the Sigma is quick or fast. It will nudge 100 kph, but it’s difficult to go beyond that, and takes almost 11.3 seconds to attain 60 kph. So relax and take it easy.   One of the best things I liked about the Omni (mighty irresponsible to say it too) is I could rest my hand on the window sill; it’s the same here. With the engine droning on, and not asking for any gear changes, it’s peaceful... you could keep swallowing those kilometres. But there’s one issue. The Sigma begs for a fifth cog. On free roads and on highways, overdrive will be of immense use and the Sigma will be less stressed actually. Maybe Premier could do something about it, as I see this vehicle more on the highways, between towns, rather than suburb to city centre. The manufacturer claims that it gives an average fuel consumption of 15 kpl, which seems to be quite a decent figure – a fifth gear can perhaps take it up a bit more.

The suspension setup includes McPherson struts at front with coil springs and stabiliser bar, while at the rear, leaf springs and shocks do duty, and the Sigma rides on Goodyear 165/80 R 13 rubber. It rides as well as, um, a van with leaf springs would do, but the Sigma has a tendency to pitch on bad roads. While subjecting it to hard cornering, it doesn’t lose its poise that easily and seems well sorted. And it’s got decent ground clearance too. I guess the true test you can subject the Sigma to is by loading it up fully and heading out on the highway. So maybe we’ll do just that and let you know more about the Sigma’s real-life characteristics.

For a seven-seater Sigma with twin-AC, expect it to be priced at around Rs 4.5 lakh ex-showroom Pune. Which is not a bad deal by itself. But the new, rejuvenated Premier Automobiles has a tough job in front of it to convince people to go for its new product. Because some memories are hard to forget.