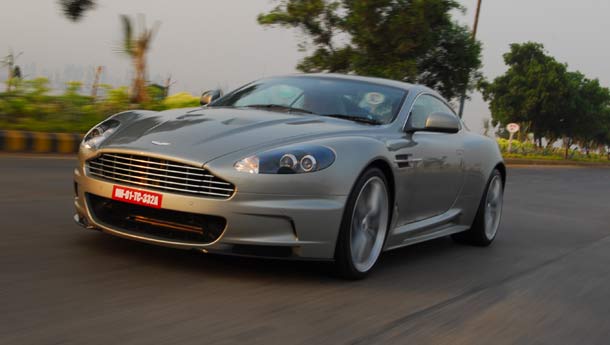 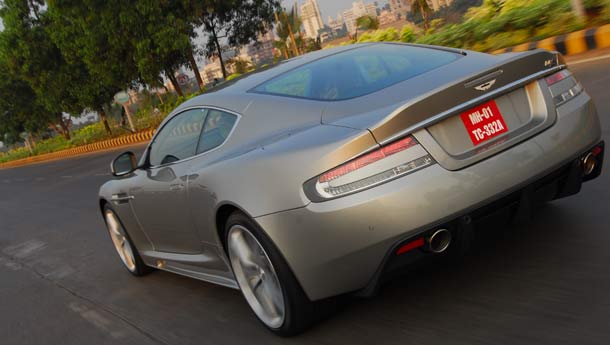 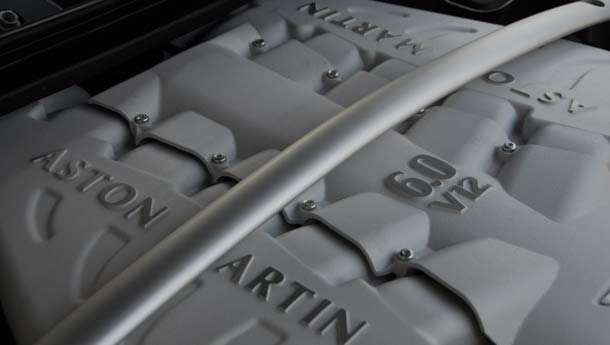 Krishnan. Srinivas Krishnan.” Hmm... Somehow it doesn’t sound right. Still, why should that stop me from driving Commander Bond’s set of wheels? That’s right. The Aston

Martin DBS debuted along with Daniel Craig in the 2006 James Bond movie Casino Royale, and it is also the one that he literally blew the doors off in the opening chase sequence in the 2008 flick, Quantum Of Solace. It’s been five years since the world first saw it, but the car doesn’t seem to have aged at all. Here in the flesh, the DBS looks oh-so-lovely. Heck, it looked good even after Bond had a go in it!

What’s with the Aston here, you ask? Well, as we proclaimed on the cover of the March issue of Business Standard Motoring magazine, Aston Martin cars officially went on sale in India yesterday. Of the delectable range that is available, we sampled the top-of-the-line model, the V12-engined DBS. Of course, the Aston that tops the scale is the One-77, with its stratospheric price tag, but that’s a limited edition version, with only 77 units to be made. But I am not complaining, because here on the streets of Mumbai, I feel like the world’s most famous spy already, the ravishing supercar turning the heads of young and old alike. I feel underdressed and gauche driving this car.

Now, the thing with Astons is that they are all unbearably good-looking. The iconic and distinctive front end, the beautiful proportions, the muscular haunches and the terrific tail-lamps bracketing gorgeous rear-ends... even if these cars wore the most hideous of body colours, they’d still win automotive beauty contests by handsome margins. But there is a problem. To me, all of them look the same. So if I were to be hit and run over by an Aston Martin (what a lovely way to have an accident!), no witness can claim that it was a DB9 or a V8 Vantage (or was it the V8 Vantage S?) with certainty. So let me tell you how to identify the DBS over the similar looking DB9.

In the Aston Martin line-up, the DB9 is the large Grand Tourer, with a V12 engine and lavish interior appointments. You could say that the DBS is a high-performance version of the DB9. What that entails visually is a bonnet with louvers, a revised lower airdam at the front and a carbon-fibre rear diffuser, among other things. Now what you wouldn’t be able to make out visually is that the DBS uses a huge number of carbon-fibre elements — the front fenders, the bonnet, the door opening surrounds, the boot lid etc are made of this exotic and expensive stuff. Ostensibly, the idea is to link Aston Martin’s racing programme using the DBR9 race cars, with their production models, which gave birth to the DBS. Now that translates to a GT that’s even more rewarding to drive, because of the weight savings achieved mainly by using carbon-fibre and a higher state of tune from that V12.

Ferraris and Lamborghinis, the beefy V12 has its strengths. To bring it to life, you have the “glass key”, an expensive stubby key with a block of crystal on top that you have to insert in the keyhole in the dash and push it in. The engine startles you when it is woken up and then settles into an angry idle, enough to distract you from the cheesy “Power Beauty Soul” that comes up on the display nestled between the gauges. The car we had sent power to the rear wheels via the Touchtronic 2 six-speed automatic gearbox. To engage it, you have glass buttons on the dash with P, R, N and D on them – a simple enough system that Q perhaps conceived for 007, so that he doesn’t get confused while being chased by the baddies. But Bond shouldn’t worry, because the V12 does its job.

Slam the pedal and the DBS’s pretty rear-end wiggles a bit as the rubber seeks traction. Once the tyres regain control, the DBS shoots off, leaving in its wake dropped jaws and hanging tongues as the exhaust belts out the 21st century version of New Wave of British Heavy Metal (NWOBHM), best enjoyed with the windows down. The DBS, with its lighter build and a more powerful engine vis-a-vis the DB9, has an excellent power-to-weight ratio, which propels it like a missile towards the horizon. Quite nice, but hey, what’s that button down there? Ahh, the sports mode... (“Bond! No...!” I can imagine Q yelling). Now, that’s like waving a red Communist flag in front of a British bull, as the DBS engine gets a more strident tone, the gears shift rapidly and its potent force can be fully felt. It is not a gut-wrenching, kick-in-the-kidneys sensation like in a Lamborghini, but it is like being walloped with one of those truncheons carried by British cops.

Never do you feel that you’re not in control. The steering wheel is perfectly sized and does not require Daniel Craig’s muscles to hustle the car around bends. The DBS does boast of an impressive weight distribution between the axles, which lends it a great degree of control while cornering. Aston Martin claims a 0 to 100 kph timing of 4.3 seconds for the DBS (manual or automatic) and a top speed of 307 kph. That’s fast and quick , especially for a car that pampers you inside as well. It is a car that’s engineered to be comfortable while you criss-cross exotic locations in Europe in search of villains. But at Rs 2.5 crore, it’s quite pricey, even for a well-paid British government employee. But there are other Astons that are “pocket-friendly” and look good enough to confuse even 007. Just turn out well when you drive one, that’s all.

Didn’t get enough? There’s more of the DBS and many other high performance machines in the forthcoming May issue of Business Standard Motoring – don’t miss our sizzling Summer of Speed special!

The DBS was provided courtesy the Aston Martin dealership in Mumbai, Performance Cars.