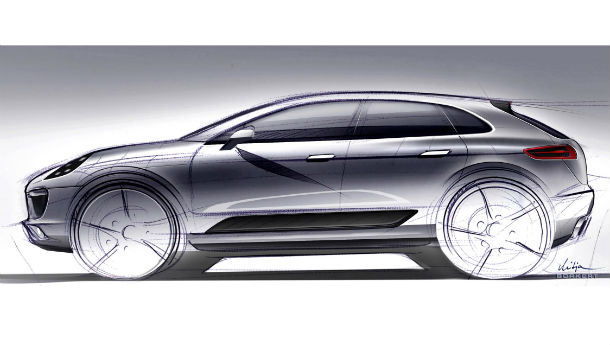 Driving a Porsche is one of the most memorable experiences in the world of motoring. In the way a Porsche sportscar marries form, function, usability, visceral thrills and high quality, it has few peers. The Cayenne SUV and the Panamera grand tourer may not offer quite the same level of driving excitement, but they provide the yin to the yang by being the global best-sellers in the Porsche stable.

In India, it’s the Cayenne that constitutes the lion’s share of sales, and the Indian chapter in the Porsche story has taken a new turn, with the appointment of Volkswagen Group Sales India Pvt Ltd (VGSI) as the sole importer of Porsche vehicles, parts and accessories. VGSI takes over from Precision Cars India Pvt Ltd (PCI), which had held the importer’s licence since 2007.

Anil Reddi, director, Porsche India (the trading name for VGSI), says “Porsche has a very strong goal, which is that by 2018, it wants to sell 200,000 cars worldwide. If I was to read between the lines, and nobody has told me this personally, Porsche believes that it needed much stronger representation in India. I’m assuming that it was decided to use the synergies of the Volkswagen Group in India to re-establish Porsche’s position, and to drive the business towards the goal,” says Reddi.

As a footnote, it must be added here that PCI has not taken kindly to the decision to cancel its licence and has “initiated proceedings before jurisdiction forums against illegal and actions in breach of contract taken by the manufacturers.” When contacted for its side of the story, a PCI spokesperson said “As the matter is subjudice in the proceedings initiated by Precision Cars India, the requested details cannot be communicated.”

“The task ahead is interesting and challenging, certainly. Change is always difficult, whether good or bad, and there is a degree of suspicion that the market will have towards us, but it can’t get any worse — it can only get better. We are ready and able to support all existing and future customers, 110 per cent. A fourth dealer, in Kolkata (in addition to Mumbai, Gurgaon and Chandigarh), has been appointed, and we are also in discussions with existing dealers who had ties with PCI — we are doing due diligences, of course, and nothing has been confirmed yet. The objective is to be present in all the key metros, with state of the art facilities, to which any person off the street, irrespective of how they look, or how old or young they are, is welcome to walk into, to touch and try.”

Porsche’s position has been an intriguing one in this country. It’s always been the ‘other’ premium German brand (after Mercedes-Benz, BMW and Audi), operating largely under the radar, with a product portfolio that puts it at a disadvantage vis-a-vis the competition. It can’t compete at the lower and middle end of the premium spectrum (Rs 25 lakh to Rs 65 lakh), since it doesn’t have a vehicle that goes up against, say, a Mercedes-Benz C-Class or a BMW 5 Series.

The cheapest Porsche you can buy is a Boxster (starting at Rs 55 lakh), but there aren’t too many takers in India for a compact sportscar with room for only two people. India is a diesel market, and Porsche’s diesel sedan, the Panamera, starts at a whopping Rs 1.19 crore; the engine that powers it is the same one that is found in the Audi A8, and the A8 only costs Rs 76.5 lakh. The top-of-the-line petrol-powered Panamera Turbo is Rs 2.65 crore – clearly, Porsche is not in the price game.

“We are not here to compete with anybody. Porsche is in a nice niche, and it is called Sports Luxury, as I see it — we sit between luxury brands like Mercedes-Benz and BMW and sports brands like Ferrari and Lamborghini. Our DNA is that every car we build, even the Cayenne and Panamera, is a sportscar. Additionally, our USP is daily usability — you can actually drive a Porsche 911 to work and back every day, on the streets of Delhi or Gurgaon. Porsche is for people who love cars — as long as you have that passion, you will enjoy one” says Reddi, adding that there will be no discounts on Porsches.

Still, regardless of its ultra-premium leanings, it is clear that the company needs a product that will be its “volume” seller, and that product could very well be the upcoming Macan, a compact SUV due to debut abroad in 2013. The Macan will have a range of engines — a base 4-cylinder petrol is likely, which will be the budget option, along with a series of 6-cylinder petrol and diesel engines and probably a hybrid as well. The Macan will definitely come to India as well, and if priced right (in the Rs 40-50 lakh range) it could provide just the fillip the company needs.

To enhance the buying and ownership experience, something that has been a shortcoming thus far, Porsche plans to offer a very high degree of individualisation. “This is important to customers in that bracket. And it’s a fact that the majority of all Porsches built are still on the roads — this says that a person who buys a Porsche keeps a Porsche,” says Reddi.

Confident declarations, to be sure, but how will these translate in practice? There is no doubt Porsche makes some very exciting cars, but the Indian market scenario has a habit of throwing a multitude of spanners into even the best laid plans — the company surely wasn’t planning to start its second innings here having to fight a lawsuit, for example.

Nevertheless, it has a selection of extremely capable vehicles, however niche they may be, with the Macan to follow. By the end of the year, Reddi says, the number of dealerships will grow significantly, and it will be interesting to see how Porsche puts its plans into effect to get its second innings off to a winning note.