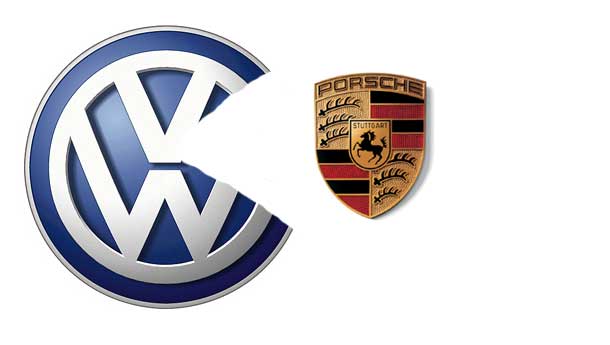 Porsche SE's debt pile shrank, but not far enough to ensure that next year's 5 billion euro ($6.8 billion) capital increase would leave the troubled holding free of debt and ready to merge with Volkswagen .

"The capital increase at Porsche SE is scheduled for the first half of 2011," the group said in a half-year report.

Operating profit at its sports car unit Porsche AG amounted to 329 million euros in the first half of the year, giving it a return on sales of about 10.4 percent.

Porsche AG expects to retain a double-digit operating margin and grow its volumes slightly in the fiscal year to end-July.

First-half profit after tax at parent Porsche SE slumped 84 percent after accounting rules forced the group to revalue its stake in Volkswagen ordinaries as part of deconsolidating the Wolfsburg carmaker from its books.

The European automotive holding nearly collapsed last year after its balance sheet was saddled with billions in debt accumulated in its risky takeover of Volkswagen, until its cash-rich prey turned the tables and agreed to swallow it as part of a 16 billion euro asset deal.

The Porsche and Piech families that control 90 per cent of the votes in Porsche SE aim to sell both the sports car unit and their independently held Porsche Holding based in Salzburg, Europe's largest car dealership.

Porsche SE posted a 4.4 billion euro pretax loss for the fiscal year to end-July due entirely to writedowns on its VW hedges, when it let the air out of their bloated valuation just prior to unloading the derivatives package to Qatar.