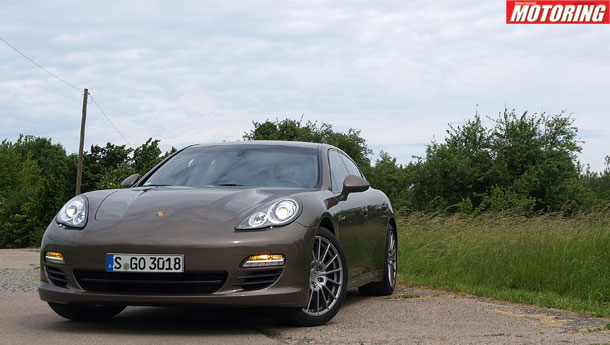 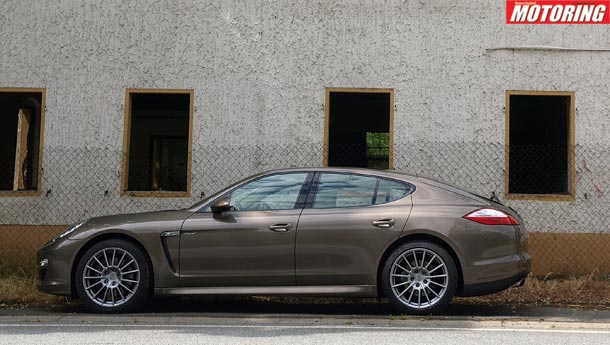 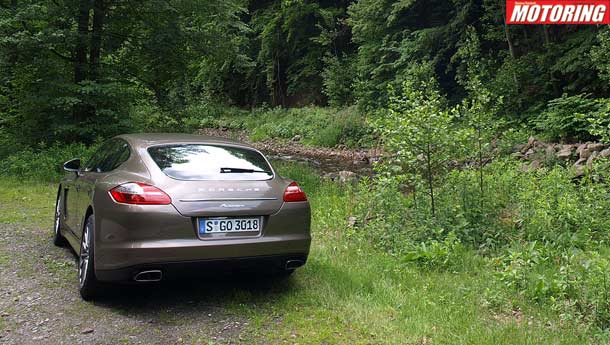 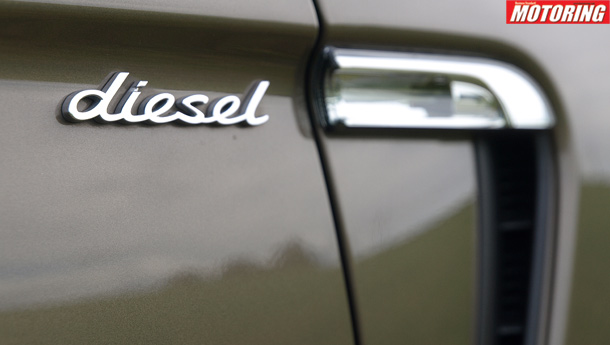 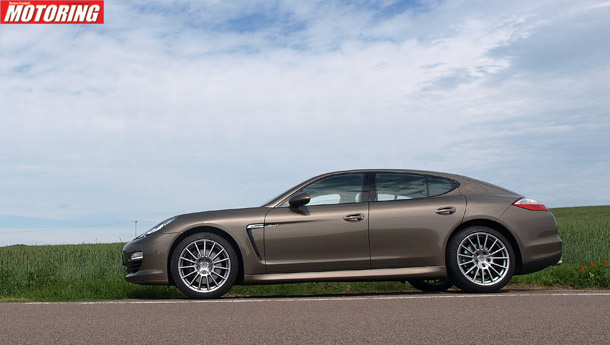 This is really quite unusual, I have to say. I’m driving along at a fair clip on the autobahn from Stuttgart to Dresden, and thus far, everything has been as per Germanic schedule – I’m making more than decent progress, the weather is holding and everyone else on the road is being scrupulously correct about rules and niceties. Then, a dark cloud in the shape of a sportscar appears, and whoever is driving it is quite obviously a cretin – I’m cruising along in the middle (and correct) lane, and he drives right up to my tailpipes and begins flashing his lights, which is ruder than simultaneously burping and passing wind in public, in these parts. Before I can begin to move aside, he darts to the right and overtakes (completely illegal in Germany), threading his way through some rather startled drivers, and then swerves back in front of me. At first I’m just surprised at such unusual behaviour on a German road – then I get annoyed.

I floor the throttle, and the Audi-sourced, 3-litre, 247 bhp, 56 kgm V6 reacts crisply, carrying me forward in a smooth wave of torque. The fellow is still in front of me, but I’m gaining on him quickly enough, and soon he sees me in his rear-view – he floors it in turn, increasing the gap, but I’m not backing off either, and keep it pinned. I’m not aiming to do anything stupid, mind you – I simply want to remain at a safe distance in his mirror, letting him know that he can’t shake me that easily, and it’s working. This little cat and mouse game carries on for a while, until I decide that I’ve made my point and cut the throttle, settling back into cruise mode; the guy in the sportscar goes back to driving like an idiot. I was never going to pull ahead of a hi-po, petrol-fed V8, but the point is that the Panamera diesel is no shrinking violet in the performance stakes; it will hit an indicated 247 kph quite easily, and that isn’t exactly a light stroll – but the fact is that the Panamera was never originally designed with a diesel option in mind. The V6 and V8 petrols that otherwise power these cars are fantastic, and regardless of what you think of the styling, they make the Panamera very nice to drive, not to mention very fast (the turbo is epic).

So why, then, would Porsche want to slot a diesel into the lineup and potentially dilute the car’s performance-saloon image? Well, in this day and age, if you don’t have at least a couple of diesel options in your lineup, you’re going to find the going a little difficult, and a diesel Panamera is quite obviously an ‘entry-level’ car, meant for the sub-V8 section of the market and with a clear emphasis on efficiency. Sure, the purists may cringe, but with the Panamera being the second largest seller for Porsche after the Cayenne, and with a diesel engine likely to add to the bottom line, it’s a no-brainer – especially for the Indian market.

The V6 in this car is at its best in part-throttle, cruise mode, and it’s certainly no barnstormer in the mould of, say, the BMW 535d. Audi’s new 309 bhp BiTDI diesel powerplant is also too big to be slotted into the Panamera’s engine bay, so for the moment, this is what you get. It’s eager enough, getting to 100 kph in a seat-of-the-pants 7 seconds, and it’s also very refined indeed, with the additional sound insulation that’s been put into the car helping to give it a quiet air – in fact, under acceleration, it sounds better than some petrol cars. In its sweet spot of 1750-2750 rpm, there’s a significant amount of shove, and right from 1500 rpm, the car gets off the line strongly, but beyond that sweet spot, the engine isn’t much fun. It strains and falls away a bit, leaving you in no doubt about the engine’s oil-burning habits. The response from the throttle is kind of hazy, and there’s no real excitement as you watch the needle spin upwards. The car I was driving had the optional paddle shifters, and when switched to Sport mode, the otherwise relaxed 8-speed torque convertor gearbox is more eager and willing to hold revs, adding a touch more involvement to the proceedings, even if there’s no real point in trying to time the paddle shifts, due to the super-flat nature of the torque curve. Still, the engine’s real strength is that it offers more than adequate performance and combines that with exceptional fuel mileage – I managed to get almost 1,100 km out of the (optional) 100-litre tank, and that was despite driving at close to 170 kph for most of my time behind the wheel.

So it’s fast enough and, crucially for India, very frugal indeed – that’s one box ticked. Not that it’s going to matter much to the kind of customer that might buy one here, but the diesel’s handling characteristics are very sorted as well – I mean, it’s a Porsche, after all. The steering wheel feels nicely weighted and balanced in the hands, and the ride quality, although on the firm side even at the suspension’s softest setting, is comfortable. This firmness also helps in the car’s composure and balance around corners; it goes around them quickly, accurately and with very little roll. It’s not as sharp and involving as the petrol-powered car, of course, but it’s possible to maintain a smooth rhythm over a series of corners and hold that rhythm well. The standard brakes are extremely effective, and for more bite, you can always option the carbon-ceramic brakes. What about arguably the most important factor for an Indian buyer in this slot – cabin quality and comfort? I can tell you that currently, as far as a Business Class experience goes, the Audi A8 is king of the hill, followed perhaps by the Jaguar XJ and Mercedes-Benz S-Class. Measured by these standards, the Panamera falls a little short in terms of outright plushness, although you can spend a small fortune on options. There’s nothing wrong with it, mind you – it’s just built with a different, more sporty philosophy in mind.

The rear seats are snug and supportive, with each of the two occupants getting their personal space, separated by the rear console, and there’s plenty of legroom even for tall people, although the cabin is not what you might call cavernous. All the materials are tasteful and of high quality, and you’re unlikely to have too much room for complaint. There are probably too many buttons on the console up front, but you get used to their functions soon enough. In terms of practicality, the rear hatch, which is more deep than it is wide, swallows a decent amount of luggage, and if you fold the rear seats down, a large amount of storage space is created.

From an Indian perspective, then, where does this car figure in the larger scheme of all things Porsche? Here, as elsewhere, the Cayenne is its bread-and-butter, with the 911, Boxster, Cayman and Panamera selling in small numbers. Given that the base Panamera petrol goes for close to ` 1.2 crore, ex-showroom, pricing is also a crucial factor – how Porsche handles it will be interesting to see, because a car like the Audi A7, which looks gorgeous, has the same engine and will do everything the Panamera does, costs about half that sum. The good old S-Class, the default option for many, also narrowly out-prices it and the aforementioned Audi A8, even with a monstrous W12 engine, costs about Rs 1.3 crore, ex-showroom. A Porsche, however, offers exclusivity and a different level of driving pleasure, and this particular car also tops that off with fantastic touring ability and frugality, so perhaps it’s just what Porsche India needs to jump-start its new innings here.