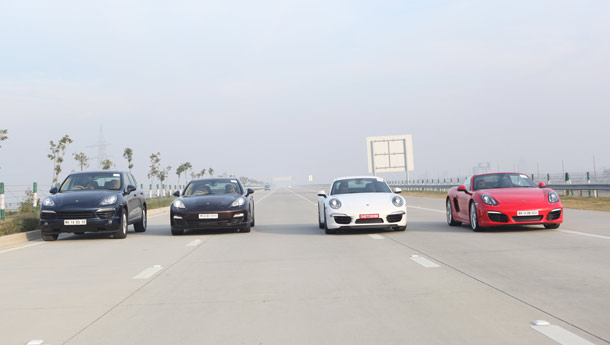 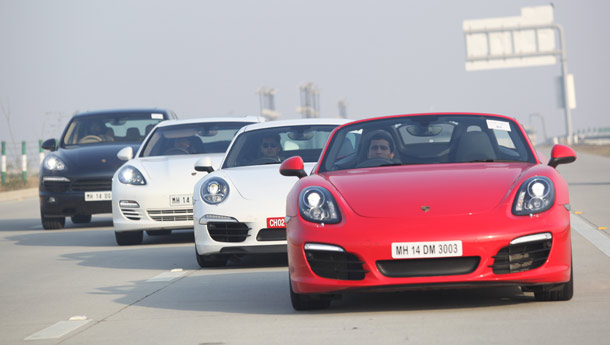 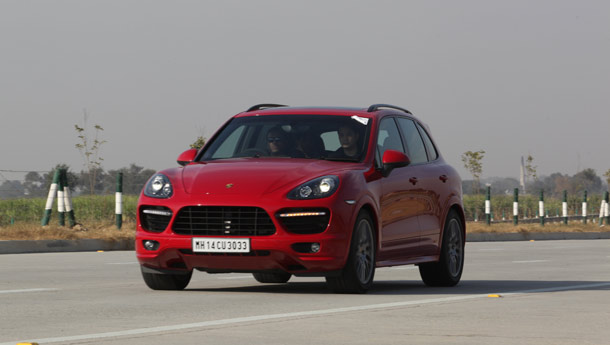 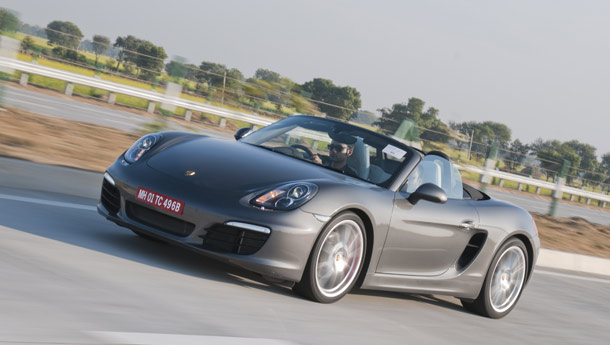 There is no car that sums up everything that pure, undiluted driving pleasure stands for like a convertible does – of this I am certain. You simply cannot beat the experience of dropping the top, revelling in the exhaust note, feeling the stereotypical wind in your hair and, indeed, basking in all the attention you’re guaranteed to get. The deal is made even sweeter if you’re driving a roadster, which is almost always purpose-built for maximum enjoyment behind the wheel – and there is simply no other roadster in the world that’s as good as the Porsche Boxster. Readers will remember me singing its praises when I drove it in Germany (BSM July 2012), and not for nothing did I do so – it had the cold, calculated precision of a surgical tool, the rip-snorting performance of a hard core sports car, the agility of a ballet dancer and the fun factor of things usually done with your clothes off (no, I’m not referring to bathing). Getting the chance to drive one properly, in India, on the Yamuna Expressway no less, was therefore an opportunity to look forward to.

Well, some of it, anyway. The Expressway is arguably the best road in the country, but its chief drawback is that it has about as many twists and turns as an electricity pole, so cars like the Boxster and the 911 cannot be driven on it like they should be – you simply aim and shoot, and before you can say ‘Agra’, you’ve reached the other end of the road. Still, nobody in their right minds would turn down an opportunity to drive every Porsche product (except the Cayman) up and down that stretch of tarmac.

I snagged the keys to the new 911 to begin with, and every impression that I formed about it when I drove one in Germany was reinforced – it’s a superbly engineered, immaculately crafted instrument of driving pleasure that’s as easy to drive as a small hatchback and as singularly focussed as a race car. How Porsche manages to merge these disparate elements, year after year, iteration after iteration, is probably a trade secret, but the fact is that the 911 is the undisputed champion of the ‘daily use’ supercar club – and it’s one of the best all-round cars in the world.

The Panamera (yes, I drove one in…wait for it … Germany) diesel is a different kettle of fish altogether from the 911/Boxster combo, but it’s no less of an accomplishment. Sure, I’m not a fan of the way it looks, but it has undeniable presence and, in this country, will set you apart from the competition. It’s not half bad to drive, either – ‘locomotive’ doesn’t begin to describe the engine’s capabilities and it simply reels in the horizon relentlessly, all the while keeping its occupants in top-flight luxury. In the right hands, this car will stay right on the tail of a standard 911, which is saying a hell of a lot for a massive limousine.

The Cayenne diesel has much the same character as the Panamera. The build-up of torque is unending, and a dab of the right foot is all that is required to leave everyone else on the road standing. It’s also the best-handling SUV you can buy; although not in 911 territory, the way it grips and corners seems to defy the laws of physics. With all these cars, you can tick a staggering list of options on the list, sending the already hefty prices into eye-watering territory; if you’re in that income bracket, however, you’re probably not looking at cutting any corners. With its second innings in the country, Porsche is promising an unparalleled customer experience, and only time will tell if that comes to be; as far as I’m concerned, I’m just happy I can now call Porsche up and ask to road-test one of its fine cars.