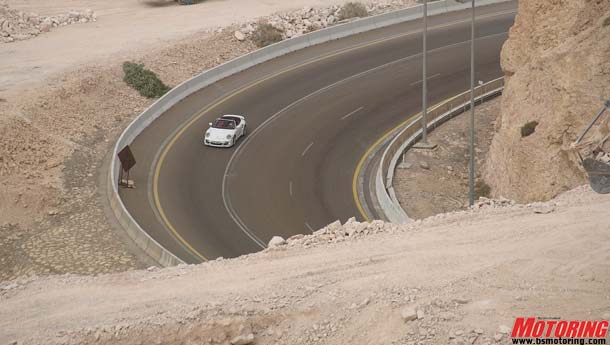 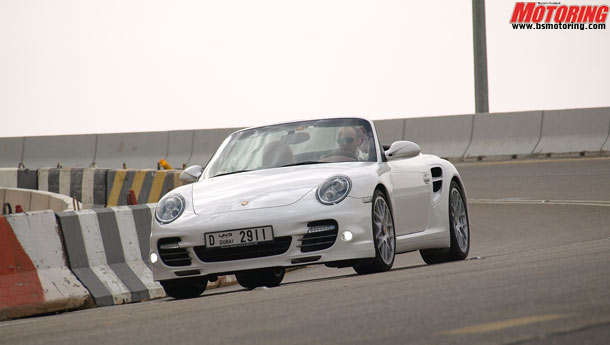 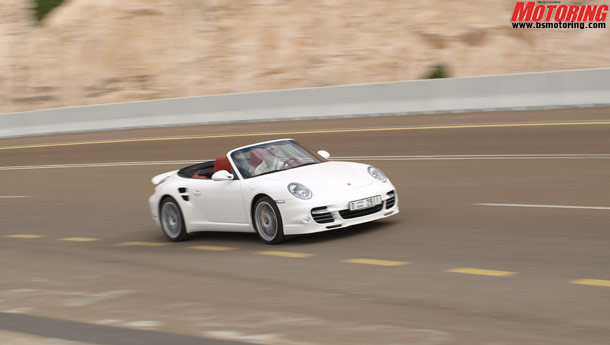 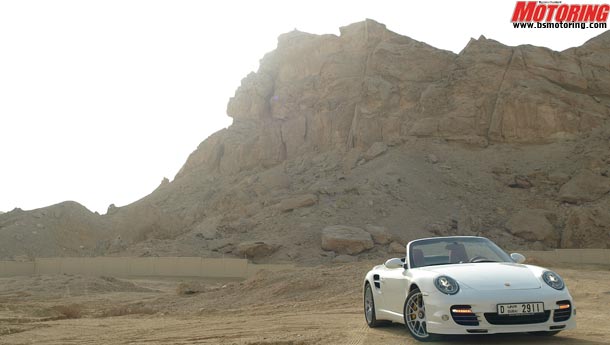 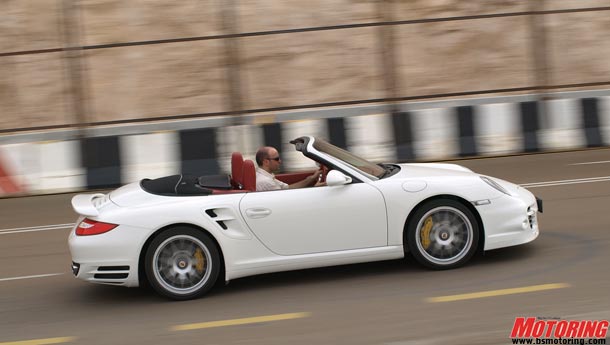 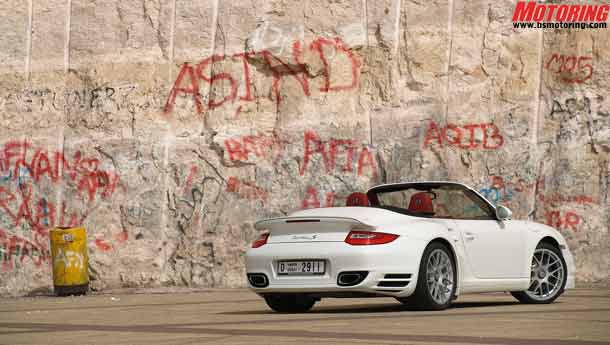 It must be rather nice to be rich. In fact, there aren’t too many things I can think of that are nicer than being enormously wealthy – except being enormously wealthy and  the ruler of a nation. That way, you can look at a remote mountain, tell yourself ‘Hey, it might be nice to have a palace up there’, snap your fingers and actually have said palace built. I can picture Sheikh Zayed bin Sultan Al Nahyan, the former ruler of Abu Dhabi and the principal founder of the UAE, doing exactly that as he, perhaps on a family picnic, happened to glance at the Jebel Hafeet mountain and be struck with just this idea. Mind you, if you try and research the origins of the palace, you’re likely to come up with very little; it’s one of those nudge-nudge wink-wink things – everyone knows about it, but it’s not on official record.


About an hour’s drive south-east from Dubai, the mountain (in West Asian terms – it’s a large hill by our standards) overlooks the city of Al Ain, and on it stands the palace that belongs to the ruling family. Whoever built the palace (and it’s quite certain that Sheikh Zayed oversaw its construction) knew how to make a statement, because after it was completed, it just sat there – yes, it’s apparently never been occupied. It must be nice to be rich, be the ruler of a nation, build a palace in the middle of nowhere on a whim and then say ‘Nah, I think I’d rather stay at home’ – now that’s real power and pelf.

After all this, it isn’t even the palace that catches the eye – it’s the road leading to it. The Jebel Hafeet road winds 4,000 feet from the foot of the mountain right up to a vast parking lot, covering 11.6 km along the way and throwing in 60 of the most glorious corners known to mankind, with a surface that’s almost race-track in smoothness. It is widely considered the finest driving road in the world, and the amazing thing is that it’s nothing more than the world’s most extravagant driveway – it was built so that the royal family could get to their palace (which they evidently never did). It’s since become something of a tourist attraction, and there’s even a 5-star hotel near the top now, but more importantly, it’s relatively free of traffic and there are no speed cameras on the road as yet. It would have been criminal to simply let all of this be and not do anything about it, so I did what any right-thinking person would have done, procured a Porsche 911 Turbo S Cabriolet and decided to scare myself silly with it.

Yes, I know precisely what went through your mind when you read the car’s name: ‘Er, which Porsche is that again?’ I have no qualms in admitting that I get thoroughly confused by Porsche’s various models, in particular the 911 range; I don’t think the day is far away when they’ll have one named the 911 Carrera GT2 Convertible Turbo 4S Cabrio-Targa Spyder RS Coupe GT3 – and this’ll just be the base model. However, for your edification, I’ll clarify that the 911 I drove was the 2011 911 Turbo S, in cabriolet form, with plenty of very significant changes under the hood and in its body, even though you’d be hard pressed to tell the differences at first glance. I’ll get to them in a bit, as soon as I’ve gotten my breath back. You see, even thinking about what I did in that car sucks the wind out of my gut.

Of all the things that Porsche have put into their cars over the years, by far the coolest contraption is Launch Control. You can use it as many times as you like, without bludgeoning your warranty to death, and as I drew up at the foot of Jebel Hafeet, with my friend Laurent in the passenger seat, I felt I had to use it immediately. It was a typically West Asian scene – the sun out in force, casting stark shadows over the bleak, spare landscape, a heat haze shimmering in the distance and vultures circling overhead (ok, there weren’t any vultures) – and a fast car screaming through this setting would have rounded it all off perfectly. That’s precisely what I was there to provide, so I switched off the traction control, told Laurent to simultaneously write his last will and testament, record the moment on video with my cellphone and time the run, stood on both the brake and gas pedal, watched the Launch Control symbol light up on the dash display and let go of the brake.

What followed happened roughly in this order:

2/ My stomach, unused to such unmitigated violence, tried to part company with my body

3/ Laurent, completely unprepared for this brutal assault, was pinned to his seat and let loose a stream of the finest French swear words, all of which sounded like delicate poetry, as French tends to do

5/ I laughed like a deranged hyena from start to finish

6/ We couldn’t time the run, so I repeated the entire process all over again

7/ Laurent, swearing the whole while, timed a 0-100 kph run in 3 seconds on a stopwatch

8/ Scarcely able to believe the time, I launched the car yet again

Let me run that by you one more time. The Porsche 911 Turbo S Cabriolet will hit 100 kph almost as quickly as a Bugatti Veyron. With a displacement disadvantage of over 4,000cc. With ten cylinders less. With 470 less bhp. At a cost difference of Bill Gates’ personal fortune. And the coupe is even quicker. By any estimation, I should end this story here and leave you to let the facts sink in slowly. However, that would be doing this incredible car, and the stupendous road on which I was driving it, a grave injustice, so you’ll have to bear with me a while longer.

How exactly have Porsche managed to pull off a feat like this? For an answer, let’s peek under the car’s butt – that familiar flat-six is still sitting there, with a carbon-fibre air filter housing, displacing 3800cc. However, Porsche have taken the standard Turbo and hit

it with an angry stick – the S spits out 530 bhp, as opposed to 500, and an amazing 70 kgm of torque. Combine these figures with twin variable-geometry turbos (which are made to work using technology adapted from jet engines), direct injection, variable valve timing, intake lift, dynamic engine mounts and overboost and you have an engine that seems ready to catapult satellites into a galaxy far, far away. Seriously, I can’t think of any other hypercar that offers this level of performance-to-price ratio, and when that engine starts to go about its business, you had better hold on real tight.

Laurent certainly was, at any rate, as I floored the accelerator yet again and felt the addictive rush of sheer power rocket the car up the road. Unlike the full-bore noises that most other supercars make, this 911 sounded a little quieter, but only just – every time I gave it some gas, I had the impression that a jet plane was about to land on the roof (which wasn’t there, since I had folded it back). I had abandoned all pretence of normality, turned off the PSM and switched the car to Sport Plus mode, which takes the 7th gear out of the equation, revs the engine to kingdom come and stiffens up the suspension to near-race car standard. A bog standard 911 is a formidable weapon to begin with; all this techno-wizardry ups the game to levels that very few mortals will ever be able to exploit fully, but I gave it my best shot. Pedal to the metal, I ripped the 911 up Jebel Hafeet, revelling in the noise, the intoxicating shove from the back and the glorious road on which all this was taking place.

I can tell you this with certainty – you really haven’t experienced driving pleasure if you haven’t driven a car, preferably a very fast one, on this road. Its shape may be purely a consequence of the terrain dictating its design, but it’s as if the gods of racing conspired to ensure the final result. You begin, at the bottom, with a long straight that’s just perfect for a quick flat out acceleration run, and after that you’re transported into driving heaven – the corners simply don’t stop coming. Just as you’ve tackled a long sweeper, grinning with delight, and you think you can back off the throttle for a bit, you run headlong into another tight right-hander – time to dab the brake, feel the Porsche turn in like a hound on a hare’s trail, stomp on the gas and slingshot yourself out of the bend. The PDK does its job brilliantly (and thank goodness they’ve gone back to + and – style paddle shifters) and, in combination with the Porsche Traction Management which, in milliseconds, feeds the right amount of power to the front wheels via a multi-plate clutch, it transforms the car into a prescient machine – since it responds to a change in load faster than the engine itself, let alone the driver’s reflexes, the all-wheel drive on this car can quite literally look ahead of itself.

As for me, looking ahead, all I saw were – you guessed it – more corners, which acted like the proverbial red flag. My ears were beginning to pop from the rapid change in altitude (I wasn’t exactly cycling my way to the top), and I could see that the views out over the surroundings were spectacular, but what’s a view or three when you have 530 bhp worth of metal in your hands? I was beginning to feel slightly manic now, with the 911 urging me to flog it even more, but not once did I feel that the car would pitch me over the edge, into an unpleasant shortcut to Dubai. Even at the limit, on a fairly narrow mountain road, I could not but gush at the car’s abilities – it felt like the rest of the world was glued to it, rather than it being stuck to the road. Porsche’s Torque Vectoring system has a lot to do with this; there’s a mechanical differential on the rear axle and variable power distribution to the rear wheels, and the brakes step in on the inner rear wheel whenever the system feels the need to do so. Oh, and the ceramic brakes on this Porker are almost beyond description – they pack an outrageous, feedback-laden bite and they never seem to fade, ever. Even with the stability control switched off, the PTV will still step in and keep you right side up – really, you’d have to do something monumentally stupid to unsettle this car.

Almost before I knew it, I had teleported myself across Jebel Hafeet’s 11.6 km length, tackling its 60 corners with complete abandon, even getting the 911’s tail to do a little jig on a couple of occasions, and I suddenly found myself having to brake hard for the entrance

to the parking lot that crowns the mountain. It’s a bit of an anti-climax when you reach the top, to be honest – the curvy road suddenly becomes a vast expanse of concrete (on which, admittedly, you can do some killer donuts), and the only thing providing some visual relief is a cafeteria run by… Malayalis. A quick stop at the viewpoint later, I was bored. The engine was still rumbling, the top was still down, my nerves were still buzzing and an 11.6 km descent lay ahead of me. I aimed the 911 at the exit, stood on the brake and accelerator, and the Launch Control visual began flashing. I grinned. Laurent said ‘P****n de m***e’…