Back in December 2015, Porsche announced that the Boxster and Cayman would be prefixed with the ‘718’ tag. Having revealed the 718 Boxster in January 2016 and the 718 Cayman in April, Porsche will now launch both cars in India this year. 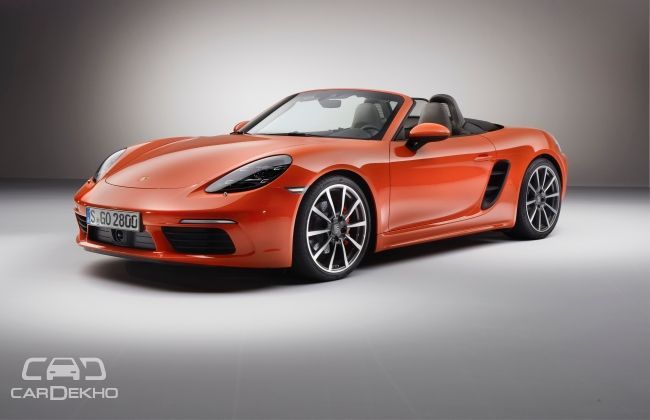 Trivia: The cars have been named after the Porsche 718. It was the successor to the Porsche 550 Spyder back in the 1950s and was powered by a 4-cylinder engine. The 718’s accolades include three first place finishes from 1959-1960 at the Italian Targa Florio race in Sicily. Apart from the heritage connection, the new 2-doors, like the 718, employ 4-cylinder engines too. 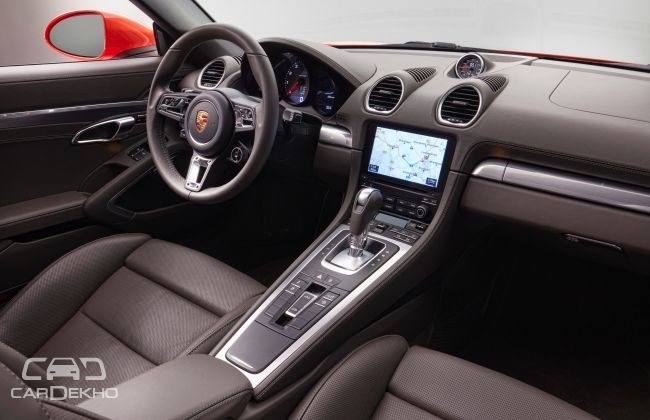 Following the chronology of their respective reveals, the 718 Boxster will be launched first, followed by the 718 Cayman, with deliveries beginning towards the end of 2016. Both mid-engined sports cars are powered by a 2.0-litre, turbocharged 4-cylinder engine.

The motor produces 300PS of power and a peak torque of 380Nm and is offered with a 6-speed manual gearbox as standard, along with an optional 7-speed (PDK) dual-clutch transmission. 0-100kmph comes up in a claimed 5.1 seconds (4.7 seconds with PDK and the optional Sport Chrono Package), while the top speed is rated at 275kmph. 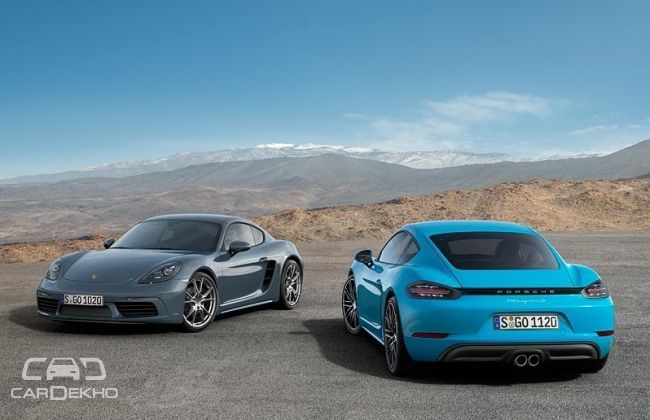 Both cars are also offered in a high-performance ‘S’ spec that gets a 2.5-litre engine that makes 350PS of power and 420Nm of torque. This version hits a top speed of 285kmph with a claimed 0-100kmph time of 4.2 seconds (with PDK). It is likely that the 718 Boxster S and 718 Cayman S will be offered in India as well.

Apart from the new engine, both models get an updated chassis, larger front and side air intakes and a Porsche 918-styled steering wheel. Also offered are bi-xenon headlamps with integrated LED DRLs, optional full-LED headlights and new LED tail lights.