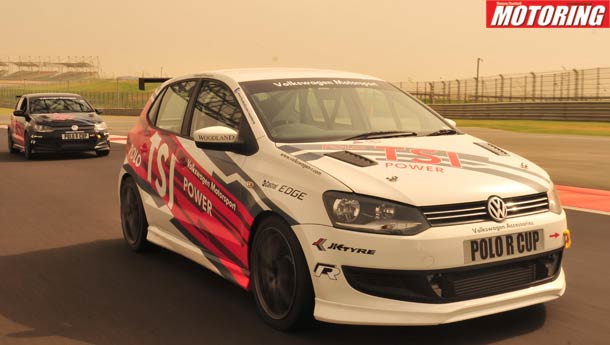 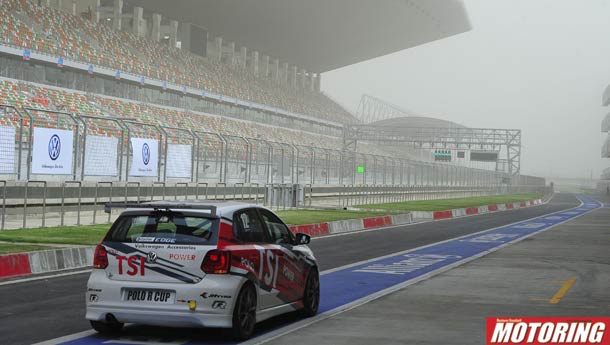 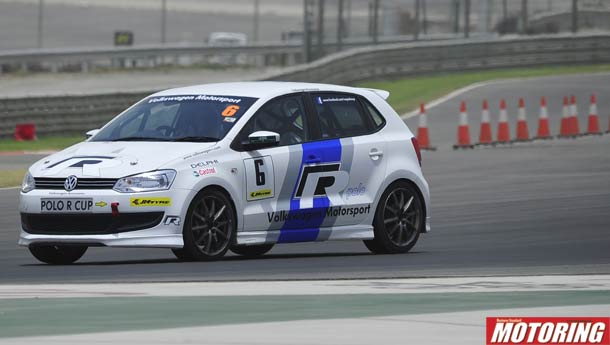 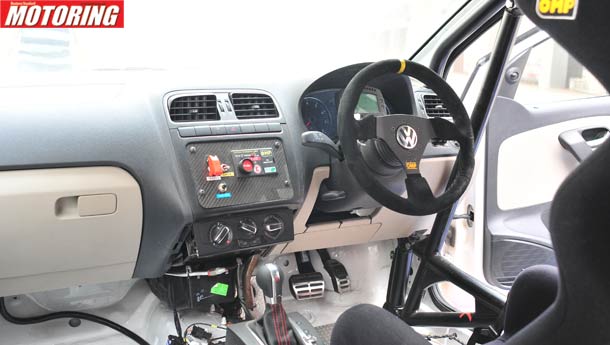 First off, the Volkswagen Polo R-Cup's third season is going to be more expensive. For one, it's divided into three categories — Junior, Pro and Master. Drivers in the Junior and Pro categories will be paying Rs 7 lakh for the six races that constitute a season, while those in the Master category will be lighter by Rs 14 lakh. Oh, and from this year, the Polo Cup cars will run on petrol, which, after the latest price hike, may cause some heartburn!

Jokes apart, the new Polo Cup racer is a significant 50 bhp up on its predecessor. Unlike the 1.6-litre, 131 bhp TDI motors, the cars now sport 181 bhp, 1.4-litre TSI engines. These engines are twin-charged, as they benefit from both a supercharger and turbocharger. Sounds impossible? Not really, since Volkswagen has been producing this very setup for road-going cars for over five years. It solves a unique problem that usually afflicts forced induction cars. Supercharging provides good shove at lower speeds, but lacks performance at the vital top-end of the rev range. Turbocharging is the exact opposite in character, so what better than to marry them and enjoy the best of both worlds —good low-end, mid-range and top-end performance.

There are other changes too. Gone is the six-speed manual gearbox, with a six-speed, dual clutch automatic gearbox in its place. We are well acquainted with this particular gearbox, especially since it does duty in the Jetta, Passat, Skoda Superb and Laura, to name a few. Drivers thus no longer have to contend with a third pedal and figuring out the right gear to be in. Slot the gear in drive or sport and it will shift all by itself, or even downshift for you, though most drivers will use the paddle shifts right behind the steering for better control. Drivers also get anti-lock braking system (ABS), traction control, a limited slip differential and launch control, the latter being especially useful when the lights go out and the race begins. Externally, the car benefits from a large rear wing made of lightweight material and some minor aerodynamic changes at the front.

So drivers have it easier. Or do they? To find out, we hit the Buddh International Circuit to preview the car. Volkswagen also brought along last year's Polo TDI, for comparison's sake. Immediately after rolling out of the pits, a few things became clear. One, the Polo TSI sounds better. After all, decades of street racing has proved that petrol cars with a sports exhaust always sound better than diesels, and that fact hasn't changed. As the revs climb higher, the TSI pulls better and harder. At the end of the back straight at the circuit, the Polo TSI was nudging close to 200 kph, while the TDI doing no better than 180 kph. This, coupled with the ABS and traction control, should translate into better lap times around the track, come race day.

With a fellow journalist in the TDI up front, the TSI clearly managed to not just catch up in its slipstream but overtake it with ease. It's also more predictable around corners. Where the TDI had a tendency of sometimes creating lift-off oversteer, the TSI simply understeers or takes a neutral line, which should make the racing relatively incident free. On the brakes too, the TSI is better, not just because it's got ABS, but also since it has larger discs up front. While the gearbox is quite quick on the upshifts in sport mode, it's a bit slow to react on the downshifts. Despite adequate revs at hand, it sometimes doesn't respond quickly enough to a flick of the paddle, but since the problem will be faced by all drivers on race day, it's kind of even on that front.

Having evaluated the full potential of the TSI, I stepped into the TDI, finding my way from one roll cage into another. Stepping straight out of the pits and on to the track, it soon became apparent that I was a mere passenger, as it spun around even before I’d completed my first corner. Clearly, the lack of ABS, a limited-slip diff and traction control was just too much to take for my slightly numbed reflexes. A little ashamed by my off-track excursion (luckily with no damage), I re-traced my steps and hit the track again, letting myself acclimatise with the changed driving style for a lap or two, before going all out.

The TDI is definitely a touch slower, and it requires more effort, what with a clutch pedal and manual transmission ensuring a thorough workout. But a few laps down and I felt rather happy in it; make no mistake, the TDI isn't slow, and it makes the driver more involved with the driving experience. Since there's no ABS, you need to modulate the brakes more and try and figure out what they are up to at all times. In the process, you have to be more attuned to your steering as well and make gentle inputs rather than large ones. All this makes the driving experience a bit more fun and more involving, the TSI feeling slightly devoid of drama. Volkswagen's move to TSI is driven more by the need to be in tune with international racing standards set by the Scirocco R-Cup and others rather than anything else, so the TDI in its current form had no choice but to make way for this new-kid-on-the-block.

As the action kicks off early-July at the Kari Motor Speedway at Coimbatore, the first of six rounds, expect some nail biting action and lots of close racing moments. With 20 drivers battling it out in their new steeds, the Volkswagen Polo Cup will get a new fillip.