Polo Cup India: Round 1 to Sailesh 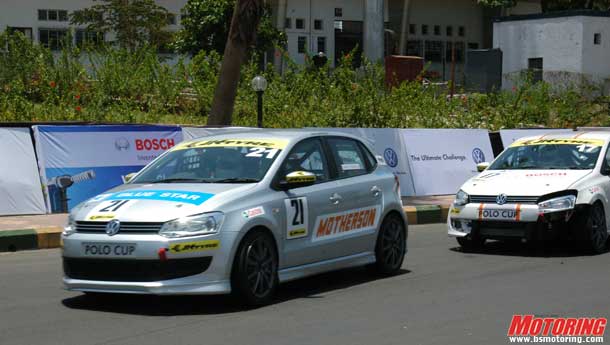 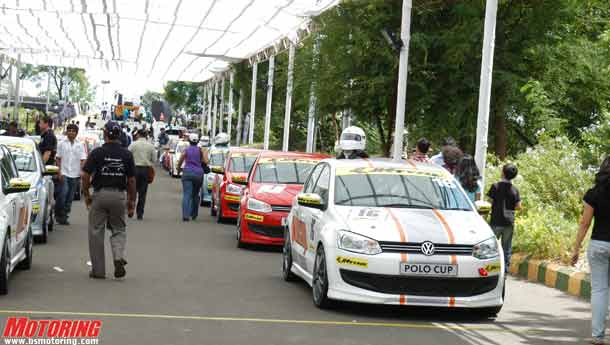 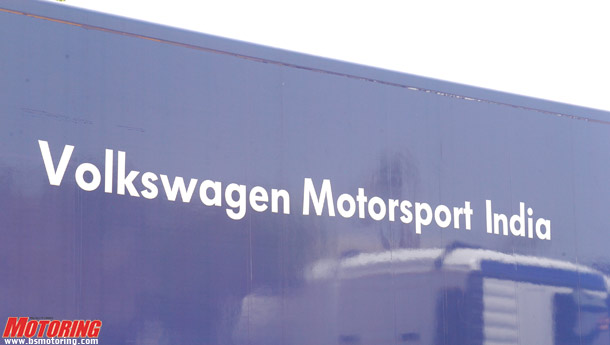 Sailesh Bolisetti, the 22-year old driver from Vishakhapatnam, won both, Race 1 & Race 2, of the inaugural Volkswagen-JK Tyre Polo Cup India 2010 on the street track in the Balewadi Sports Complex in Pune. The racer from Vishakhapatnam led from start to finish as he created history by becoming the first winner of the Polo Cup India. He put on a strong display to finish ahead of Karthik Shankar, Mohd Fahad Kutty and Saran Vikram.    In Race 1, Sailesh had a great start and led from the start with Saran Vikram and Karthik Shankar behind him. Starting from 6th on the grid, Fahad Kutty (Mohammed) made a brilliant overtaking move to pass Shankar (Karthik) for 3rd position on lap 2. As he closed on second-placed Saran Vikram he clipped the tyre barrier into the first corner damaging his car in the process. He was unable to challenge Saran after that but did cross the finish line in third place. He was later penalised for overtaking under yellow flags and pushed back to 6th place. Karthik Shankar moved up from fourth position to take the final podium spot.   In Race 2, as he did in the first race Bolisetti moved into the lead from the start and remained there for the rest of the race even though Karthik Shankar and Mohd Fahad Kutty put a strong fight to the finish. Race results of Volkswagen-JK Tyre Polo Cup India 2010 – Round 1 Race 1 (15 laps) Standing Name Total Time Best Lap Time Winner Sailesh Bolisetti 24:24.915 1.36.181 2nd Position Saran Vikram 24:25.710 1.36.365 3rd Position Karthik Shankar 24:27.370 1:36.236   Race 2 (15 laps) Standing Name Total Time Best Lap Time Winner Sailesh Bolisetti 24:12.060 1.35.717 2nd Position Karthik Shankar 24:18.420 1.36.020 3rd Position Mohd. Fahad Kutty 24:21.634 1:35.768   The winners of the races were presented their prizes by the dignitaries present and by Prof Dr Jochem Heizmann, Member of Board of Volkswagen AG, Mr Joerg Miller, Volkswagen Group Chief Representative India and Mr Kris Nissen, Volkswagen Motorsport Director. The next race will be held at the Kari Motor Speedway in Coimbatore on 17/18 July, 2010.