We were drooling all over Barack Obama’s ridiculously cool microphone drop during his last presidential address at the 2016 Correspondents’ Dinner this week, until this happened. Tesla recently tested a new pro-environment automotive technology and it certainly has taken Elon Musk’s coolness to the ‘Obama Out’ level; at least in the automobile quarters.

In its latest newsletter, Tesla states that it has successfully tested the HEPA air filtration system and a Bioweapon Defense Mode. The really interesting bit about the system is that it could well be capable of withstanding bioweapon attacks! 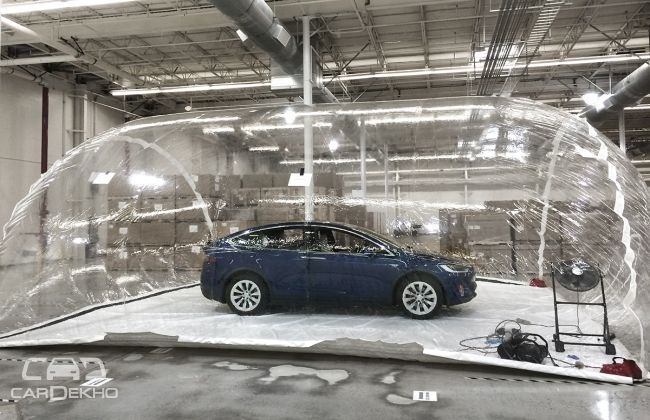 The American tech-giant sited the Tesla Model X in a massive bubble where it precisely controlled and carefully monitored atmospheric conditions. The bubble was then contaminated with filthy levels of pollution before shutting the falcon doors and activating the Bioweapon Defense Mode.

The time vs pollution concentration graph showed a dramatic fall not just inside the car, but also in the ambient conditions inside the bubble.  In less than two minutes, the HEPA filtration system had scrubbed the air in the Model X, bringing pollution levels from an extremely dangerous 1,000 µg/m³ to levels so low as to be undetectable (below the noise floor) by Tesla’s instruments. 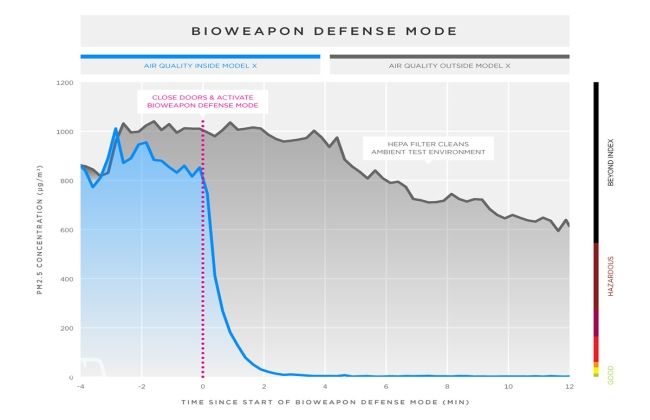 Not only did the vehicle system completely scrub the cabin air, but in the ensuing minutes, it began to vacuum the air outside the car as well, reducing PM2.5 levels by 40%. According to the newsletter, the testers were even able to remove their gas masks and breathe fresh air while sitting inside the bubble of pollution.

Tesla claims that with its new system in place, your car could serve you in the time of bioweapon attacks like a bunker shields civilians in the times of air strikes. 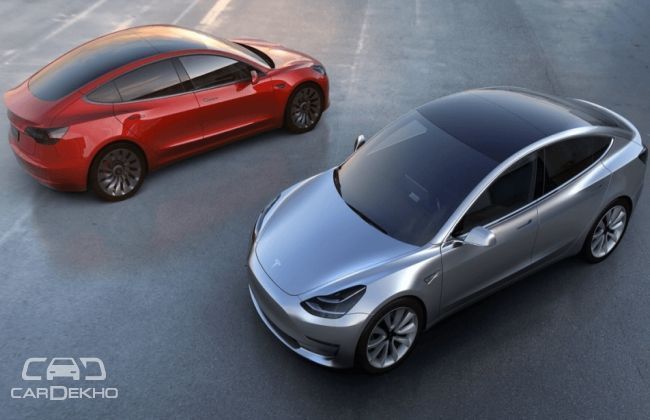 Earlier, the air filtration system was also put to the test in real-world environments; from California freeways during rush hour, to smelly marshes, landfills, and cow pastures in the central valley of California, to major cities in China.

The Model X would be the first Tesla car to get this new revolutionary filtration system, followed by the Model S.  As India prepares to lay down the red carpet for Tesla’s entry into the peninsula with its forthcoming Model 3, we hope to see the HEPA air filtration system on this one too. If not more, it would at least help tranquilise the pollution debate in Delhi.

Let us know what you think of Tesla’s mind-boggling technological development in the comment section below.