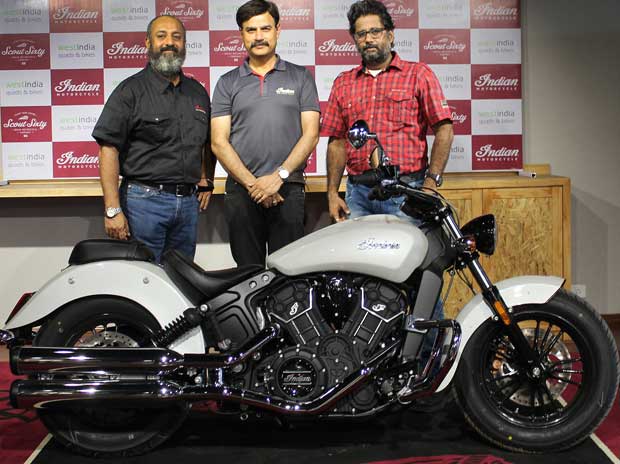 Super luxury sports bikes player Polaris India, which launched its seventh bike model in Ahmedabad today, the 999cc Indian Scout Sixty, aims to achieve a 15 per cent market share in the super luxury bikes segment by the end of 2016. The company, a subsidiary of Polaris Industries Inc, the leader in offroad and all-terrain vehicles (ATVs), commands 60 per cent of its unit sales in the country from offroad vehicles.

Polaris India's managing director Pankaj Dubey, however, felt that with more bike launches, this share is likely to tilt in favour of bikes over the next five years or so.

“We now get around 60 per cent of our India sales from ATVs and offroad vehicles, while bikes account for around 40 per cent. With new model introduction, this would tilt in favour of bikes which is likely to account for 60 per cent of sales over the next few years,” he said.

The super luxury bikes market in the country is estimated to be around 1200 bikes per year, and is clocking a 20-25 per cent compounded annual growth rate (CAGR). Polaris enjoys a 10 per cent market share, and aims to take that up to 15 per cent by the end of the year.

It is expanding its dealership network in cities such as Gurgaon, Bengaluru, Chennai, Hyderabad, Ahmedabad  Mumbai, and Chandigarh. The company is also going to launch showrooms in Cochin and Kolkata within the next two months.

Mumbai and Bangalore are the biggest markets for Polaris' bikes, followed by Delhi-NCR and Ahmedabad. As for its ATVs, it caters to the tourism sector , defence and security forces as well as individual customers. The Gujarat Police too is using Polaris' offroad vehicles in the Rann of Kutch area, Dubey informed.

The company imports all its vehicles as completely built units (CBUs), but assembles one of its entry level ATVs (priced at Rs 2.9 lakh) at Faridabad. It has a warehousing facility there, and as Dubey said Polaris has option to assemble one or two more ATVs there in case there is sufficient demand.

As for a plan to have a completely knocked down (CKD) assembly line for its bikes and ATVs, Dubey feels that the company would consider that once a critical mass is achieved, and not before two years.