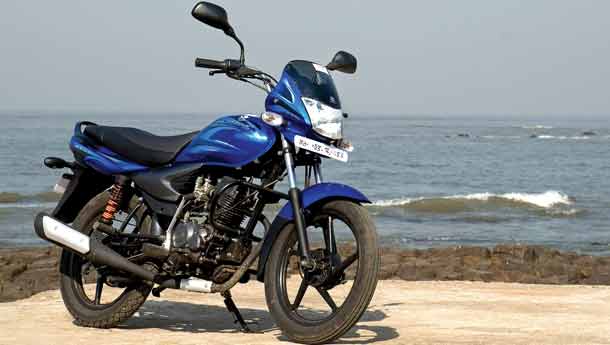 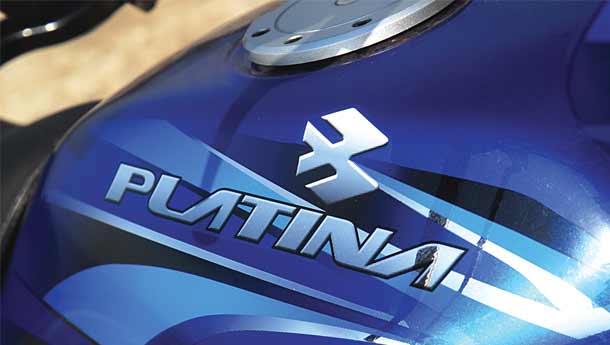 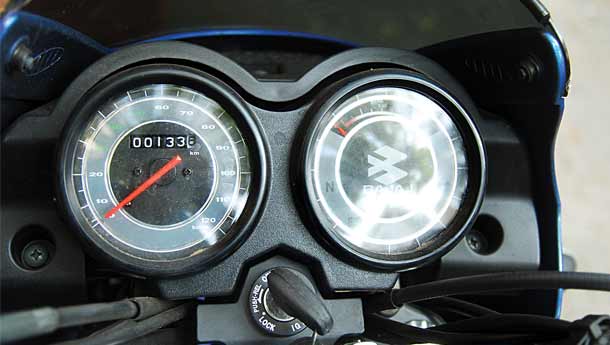 We told you then and we will tell you now, the future of the executive commuter is the 125cc motorcycle. Let’s face it, 125s make more sense now since they are more sprightly than the 100ccs and return nearly the same mileage to the litre.

It’s no wonder then that Bajaj, along with virtually every other Indian motorcycle manufacturer, is giving the 100cc motorcycle a cold shoulder and is coddling the 125s instead. With the XCD already in Bajaj’s line-up, they have brought in another 125, this time a variant of the tried-and-tested Platina.
The Platina 125 DTS-Si, besides having more esses in its name than Phil Collins’s Sussudio, has a silhouette akin to its older 100cc siblings. However, Bajaj has been liberal with the rouge and the mascara on its new 125, with chrome stickering, black alloys and of course, an all-black engine. Style is a personal thing and if you ask me, I would say that the Platina is a nice looking machine in a conventional sort of way.

Instrumentation is extremely basic, with a wildly erratic fuel gauge, a speedometer and a weak battery indicator. The speedo is pretty accurate, with an indicated reading of about 85 kph while our VBox showed about 81 kph. With gloved fingers, operating the indicator switch feels a tad too slick, devoid of feel. One glance at the big, blue ‘Ride Control’ switch and adjustable ride heights come to mind. Ha! Dream on, boys! The blue switch is Bajaj’s novel approach to a cleaner and greener earth. What it does is restrict the throttle grip after a certain degree of rotation. So when you twist that throttle wildly, it will rotate freely for a bit and then will hit a stop. But in case you need that burst of power, exert a little force and the throttle clicks past the stop to go all the way around – a simple yet effective way of preventing over-revving, and in the process, conserving fuel.

The Bajaj Platina’s engine is borrowed from the XCD and displaces nine-odd bhp at 7000 rpm with 1.1 kgm of rotating force at 5000 rpm. When compared to the TVS Flame, the Platina’s engine feels a lot less buzzy but when compared to the Honda Shine’s mill, the Bajaj feels a little less refined. The acceleration is more progressive and unlike the Flame, the Platina keeps going strongly past 60.With a top whack of almost 92 kph with a 95 kg rider (me, who else?) prone, performance is good but not quite in the league of the Honda CBF Stunner or the TVS Flame.   One of the two biggest niggles that I have about the Platina is the gearshift pattern. With an all-down pattern, it’s very easy to accidentally slip into neutral while downshifting. If that does happen when you’re carving a tight curve, it will have some pretty nasty consequences. This apart, the gearshift feels a little vague and heel-and-toe has the feel of a wooden stump.

The second peeve is that the Platina gets a drum brake at the front with the bite of grandma’s dentures. Everything has disc brakes these days. Heck, even that pesky kid in my compound pedals around on a cycle fitted with a disc brake up front. And although economics might be the biggest factor why the Platina is shod with a front drum, I’d rather skip the cosmetics in lieu of better stopping power.

Where the Platina loses out on braking, it more than makes up on ride quality and handling. The plush seat, in conjunction with the front forks and the rear ‘SNS’ suspension, make little of the potholes while a new frame lends great handling capabilities. The MTL tyres are adequate but better rubber would up road holding a notch. Although without bar end weights, the handle doesn’t feel vibey on the move and the seating posture is upright – perfect for city riding. Pillions have no complains about their perch at the back, except for the fact that they couldn’t see past my back. But this not being the Bajaj’s fault, I won’t harp on that aspect.

All good things come at a price, and in the Platina’s case, it comes relatively cheap. With an ex-showroom Mumbai price of about Rs. 42,600, Honda, TVS and the rest have a lot to worry about.