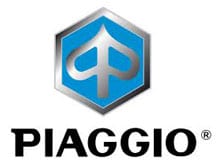 Piaggio Vehicles Private Limited, scooter and light commercial vehicle manufacturer, is planning to assemble its super bikes locally, which it sells under the brand Aprilia.

The Italian company is looking at enhancing Aprilia's acceptability in India. The Pune-based company believes it could achieve this by making the brand affordable.

Presently, all of the five Aprilia models on sale in India are imported as "fully-built units" from Europe. The five models are: RSV4, Tuono V4, Dorsoduro, Mana and SRV -- all of which are priced above Rs 10,00,000.

Ravi Chopra, chairman and managing director, Piaggio Vehicles, said, "We are importing Aprilia bikes as of today but moving forward we might look at a completely knocked down operation of Aprilia products from India."

The sale price of a fully-imported bike is nearly 140% higher as compared to an assembled one, thanks to heavy customs duty and multiple taxes.

The company has showrooms in Pune and Gurgaon. It is in the process of setting up showrooms in Chandigarh, Bangalore and Hyderabad. Mumbai, too, would get an Aprilia showroom, added Chopra.

Aprilia is not the first premium brand to be assembled in India. Harley-Davidson and Triumph Motorcycles are being assembled in the country. Honda, Suzuki and KTM have also started assembling their models locally.

Both Harley-Davidson and Triumph assemble nearly half-a-dozen models at their plants in India.

Globally, Aprilia competes with Ducati, BMW, KTM, Honda, Yamaha, Kawasaki and Suzuki. Besides Aprilia, Piaggio is also contemplating the introduction of Moto Guzzi in India -- its other motorcycle brand also of Italian origin.