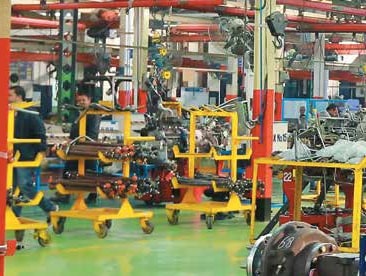 Private Equity, Venture Capital investments in the auto component industry are at a six-year low of $38 million in 2016, a steep decline from $144 million in four deals during 2015.

On the contrary, investors exited with $1.35 billion in 2016, crossing the billion mark for the first time in last six years.


Representatives from PE funds have said that auto and auto components sector have not been favourite for many years now, but during the recession period, distress in automotive sector opened many opportunities for investors because of cheaper valuations. Some of those PE exits have happened in the last 2-3 years and have generated stellar returns for the investors. But, some of the successful exits will open more doors going forward.


This was helped by the $1.05 billion exit of IFC and KKR from Alliance Tire Group in March 2016, when the shares were acquired by Yokohama Rubber Co. KKR reported 2.38 X in this exit.


The other two major exits were Actis through IPO in Endurance Technologies in October 2016 and Navis Capital selling its investments to promoters in Classic Stripes in April 2016.


The investors have focused mainly on OEMs and Tier-I suppliers and going forwarding key things that would determine the future of includes consolidation in the Indian auto ancillary space, expanding global businesses of Indian OEMs/auto suppliers and emergence of niche growth segments.


A senior official from a PE firm said that investors are positive on the automotive space and companies, especially the auto-component manufacturers also believe a fund infusion can help them expand their bandwidth not only within the country, but also outside India.