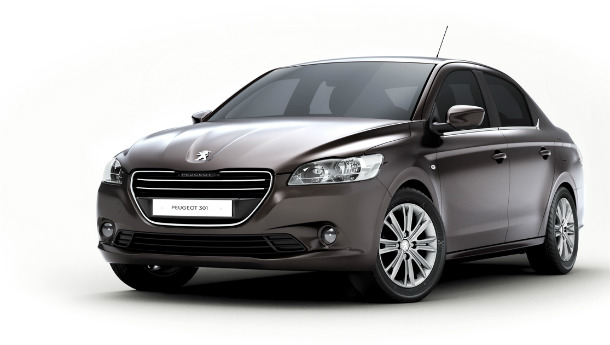 It's been a while since Peugeot has left our market and now, there are a few rumours floating around about their return. Whether or not there's any truth to those rumours, Peugeot just revealed an entry-level sedan called the 301 for markets just like ours.

The 301 comes with all the creature comforts that you'd associate with a car of its size, like air conditioning, a bluetooth enabled stereo system, parking sensors and such. It can even be optimised for climate and road conditions depending on the specific markets its intended for.

Powering the 301 are a choice of three engines. The smallest is a 1.2-litre, three-cylinder petrol engine which makes 71 bhp while the lager petrol engine is a 1.6-litre unit making 115 bhp of peak power. There's also a 1.6-litre diesel engine on offer that produces 92 bhp as well. Only the top-end 1.6 engined model gets the option of an automatic gearbox though.

As for the naming system, well, logically, the next car would have been the 309, no? With this new scheme, the names, err, numbers, are deciphered as follows. In the 301, the 3 stands for the class of the car, the 0 remains a constant and the last number will either be a 1 for developing markets or an 8 for the normal models.