Petrol rate may be cut by Rs 2 a litre; To make diesel price hike tenable 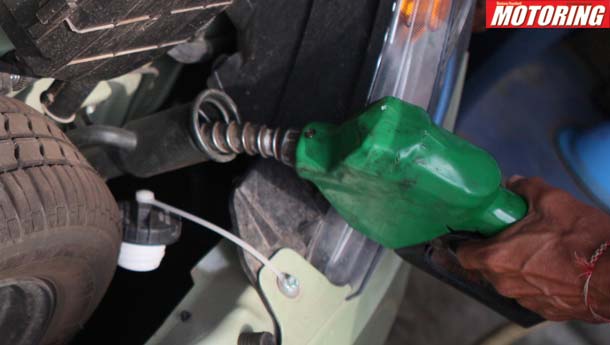 In line with the falling global prices, petrol may be made cheaper by around Rs 2 a litre later this week, creating political legroom for a diesel price revision. This will be the second price cut in the month after the Rs 7.54 increase last month triggered strong political opposition. On June 2, petrol was brought down by Rs 2.02 to Rs 71.16 a litre in the capital.

Oil marketing companies review petrol prices, vis-a-vis the average international price, on a fortnightly basis. “When the price was cut on June 2, the average international price was $115.81 per barrel, against $124.42 in the fortnight when the price was increased by Rs 6.28 excluding taxes. The average for the current fortnight has further slipped to $107.99. This will enable companies to reduce the prices by around Rs 2, even though the rupee has slightly weakened,” said an oil company executive. The dollar-rupee exchange rate has fallen from Rs 54.96 last fortnight to Rs 55.52 so far this fortnight.

The global crude oil price has also been on a decline. Having fallen below $100 a barrel earlier this month, after a gap of eight months, Brent crude touched $97.36 a barrel on Friday. The Indian basket of crude oil currently stands at $96.24.

The furore over the 12 per cent hike in petrol price last month had made it difficult for the government to revisit the prices of the three controlled products — diesel, kerosene and domestic cooking gas — that were last revised in June 2011. Key allies of the ruling United Progressive Alliance, such as Trinamool Congress, NCP and DMK, besides major Opposition parties, had attacked the government over the move. Petroleum Minister Jaipal Reddy had last month said his ministry had sought a meeting of the empowered group of ministers on underrecoveries of oil companies, chaired by Finance Minister Pranab Mukherjee, to review the price situation. However, no date had been decided.

The last increase in the three controlled products had taken place in June last year. Since then, the revenue loss, or underrecovery, has jumped from Rs 6.13 to Rs 12.53 a litre on diesel, from Rs 24.16 to Rs 30.53 a litre on kerosene and from Rs 331.13 to Rs 396 a cylinder on cooking gas. The government had granted the oil companies cash compensation of Rs 83,500 crore to offset part of the Rs 138,451-crore losses incurred by them on the sale of diesel, kerosene and LPG during last financial year. The underrecoveries for the current financial year are likely to touch a record Rs 181,000 crore.