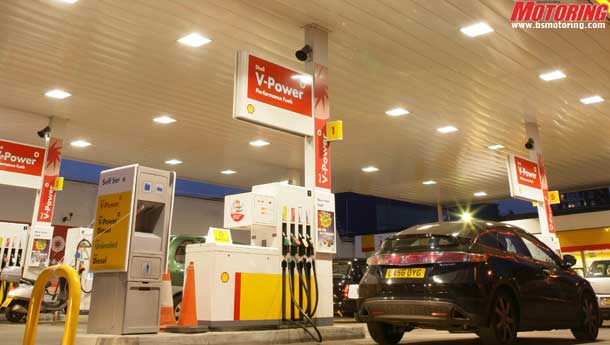 The reduction more than erases the steep Rs 1.80 a litre hike in rate announced earlier this month. It eases the pressure on the government ahead of the winter session of Parliament beginning next week.

Both the Opposition and the UPA allies had strongly criticised the UPA for allowing state-owned oil companies to increase petrol price at a time when headline inflation was nearing double digits.

Petrol in Delhi will cost Rs 66.42 per litre from midnight tonight against the current rate of Rs 68.64 a litre, the three oil marketing companies said.

"We had gained Rs 1.85 per litre (excluding all taxes) since the last price revision because of a fall in global oil rates and a marginal appreciation in rupee value. We are passing this on to consumers," Indian Oil Corp (IOC) Chairman R S Butola told PTI here.

After adding 20% local sales tax or VAT, the decrease in Delhi comes to Rs 2.22 per litre.

The average price of gasoline (petrol) in the first fortnight of November was about $5 per barrel lower than the rate which formed the basis for the price revision on November 3, said a top executive at one of the state-owned fuel retail companies.

"Since petrol is a deregulated commodity which moves in tandem with international rates, we are passing on the reduction to consumers," he said.

Gasoline, or petrol, prices averaged $115.85 per barrel during the first half of November, as against the $121.67 per barrel average during the second fortnight of October, which formed the basis for the Rs 1.80 per litre price increase.

The rupee's exchange rate has averaged 49.20 against the US dollar this month, higher than Rs 49.40 in October.

Oil companies revise the price of petrol, which was freed from government control in June last year, on the basis of fortnightly average international oil prices.

"The reduction in oil price warrants a cut of Rs 1.85 per litre in the petrol price, excluding all taxes," the official said, adding that the retail price -- after taking into account the tax incidence -- would go down by Rs 2.22 per litre in Delhi.

"In keeping with this practice, IOC has reviewed the pricing cycle as prevalent in the last fortnight. The review reveals that at the current prices, there will be an over-recovery of Rs 1.85 per litre. It has, therefore, been decided to revise the petrol prices downward by Rs 1.85 (excluding state taxes and levies) with effect from November 16," the statement said.

The reduction has been possible as a result of favourable impact of slide-down both in the international prices of petrol and in the rupee-dollar parity.

"With the above revision, there will be no under/over recovery on petrol prices during the fortnight beginning November 16," the company said. IOC, however, said it as well as other oil firms continue to lose heavily on diesel, domestic LPG and kerosene.

"In case of diesel, the international prices have firmed up (a trend exactly opposite to petrol) during the fortnight and as a result, the under-recovery (revenue loss) on diesel has increased from Rs 8.58 to Rs 10.17 per litre," it said.

IOC is losing Rs 199 crore per day on sale of diesel, domestic LPG and kerosene and the company is projected to end the fiscal with a revenue loss of over Rs 71,000 crore.

The three oil marketing companies together stand to lose a staggering Rs 130,000 crore in 2011-12 fiscal.