Volkswagen India that launched the performance oriented Polo TSI hatch in India, is planning to launch the Vento Saloon with the same 1.2-litre turbo petrol engine. a couple of days back, we reported that Volkswagen is planning to use only turbo charged engines in its entire lineup, instead of regular or naturally aspirated engines. 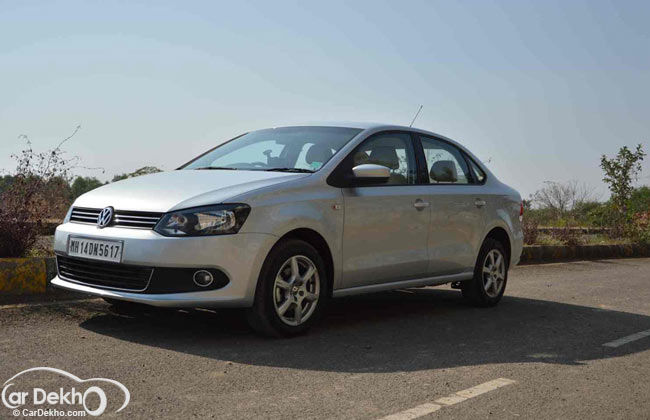 It is also speculated that Volkswagen could discontinue the Vento 1.6 petrol model. Earlier the company discontinued the Polo 1.6 petrol model, and launched the Polo GT TSI, and the firm is expected to follow the same. The 1.2-litre TSI engine is capable of developing a maximum power output of 103bhp and 175Nm of top torque. The Vento TSI is also likely to get the seven-speed DSG box, which also features Polo TSI. Despite being a powerful hatch, the Polo GT TSI offers 17.2kmpl of mileage. The performance oriented Vento TSI will further enhance the appeal of the car. The company might also give the paddle shifters to the sedan. There are no further changes expected on the interiors and exteriors of the Vento TSI, except GT badging. This is all what we have for now, stay tuned to CarDekho for more updates on the same.