Performance cars of the decade 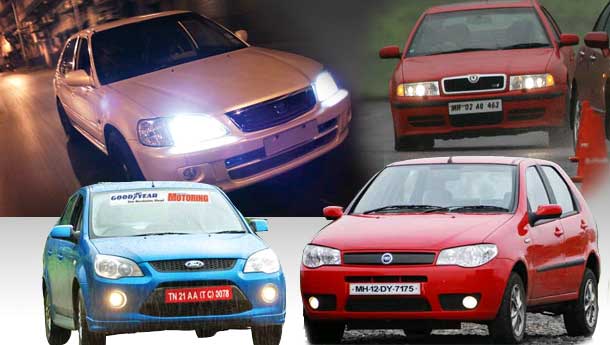 Performance as a selling proposition hasn't really clicked in the Indian context. Ask most manufacturers and they will tell you that people want rational reasons to buy a car. Fuel efficiency, space, ride, build quality, resale value... it's based on premises like these that performance oriented cars have had limited success.

As I look back, I realise that the performance junkie has had limited choice, but a choice of set of wheels that don't disappoint when given the stick. In ordinary guise, the first-gen Honda City was quick. You could rev the 1.5-litre engine all the way to 6500 rpm and it sounded good too, except that Honda thought it wasn't enough. So as they slipped in a facelifted City in 2000, they also brought in their trump card - the VTEC. Until then, we Indians knew our VTECs as engines that powered the dime a dozen Accords that were running around, thanks to all those 'Gulf returnees' But nobody really knew what VTEC stood for and what it could do. We were first told that these are de-tuned engines for India, running some 12 bhp lower than the South East Asian spec cars for reasons of fuel quality. Everyone wondered - was 6.8 bhp of additional power over the 1.5 just a marketing gimmick?

Not really. Those 6.8 additional horses unleashed such potential few were willing to accept. We Indians were hooked to the VTEC, so much so that we were willing to forgive its lack of seat or steering adjustability and those relatively bare-bone interiors. The VTEC could rev to 7200 rpm like no other and even today, six years after Honda stopped making the car it still manages to hold very good value in the used car market.

It wasn't the same for the Fiat Palio 1.6 GTX in 2001. As India's first hot hatch, the Palio in Tangerine mist still manages to leave me with goosebumps. Those multi-spoke wheels and the rear spoiler made it stand out and when you revved the 1.6 to the stratosphere and back, you were left with a smile so wide, you wondered why people in their Zens continued to go ga-ga about their 1.0-litre motors. The Palio took not only hatchbacks but performance to a different level. The ride was nice and sorted, the handling decent and it made the right sounds. Of course, as Fiat struggled to get a grip in India, the Palio died a thousand deaths, and when it was resurrected the 1.6 was given the Sport moniker. But by then it was too late, and the performance hatch mantle somehow seemed tame.

If Skoda had thought that they could take away the mantle from the City VTEC as India's most potent saloon, they were thinking right. As the VTEC drove off in to the sun, it was the Octavia RS that was doing the right things. With its subtle body kit, those spider web wheels and xenon headlamps, it left many of us salivating. Of course, the Rs 14.5 lakh price tag was a bit of a put-off, but the turbocharged 1.8-litre and its 150 bhp was enough to keep us entertained. Between some turbo lag and tail out moments, the Octavia RS was turning out to be perfect. It handled beautifully and even looked great, but that price tag turned out to still be out of reach for most. Today, you can pick up good examples for just Rs 4-5 lakh, proving the adage that performance is hardly a selling point.

As the decade started to draw to a close, the affordable performance car started to become a mirage again. But someone at Chengalpattu in Tamil Nadu thought otherwise. Ford may have made several cars with an enthusiastic bent, but none so perfect as the Fiesta 1.6 S. It holds today the title of India's best handling car for under Rs 10 lakh, and there's certainly no doubting it. The ordinary Fiesta was already a brilliant handler, and this one just took it to an other plane. From its stiffened chassis members and dampers to a quicker turning steering rack and specially designed rubber, the S has been designed purely for the Indian car enthusiast. Hundreds of laps at Sriperumbudur track were put in to make it the kind of car that we <I>desis<I> could identify with. With its chattery steering and great chassis balance you could view the world sideways whenever you want to, and the grunt from the 1.6 is good enough to tackle a twisty road. Like the other three here, if you own one you want to drive it all the time. And you will always want an excuse to go explore a road, just for the sake of it. And it's no more than Rs 7.5 lakh!

Now that we head into a new decade, I hope we get even more cars like these. Cars that leave you smiling from ear to ear, with a tear in your eye and trembling feet that only ask for more. I only hope more manufacturers are listening...