Pebble Beach Concours D Elegance - Future of the Past 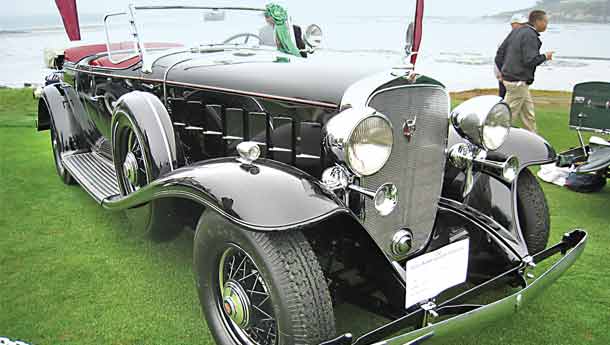 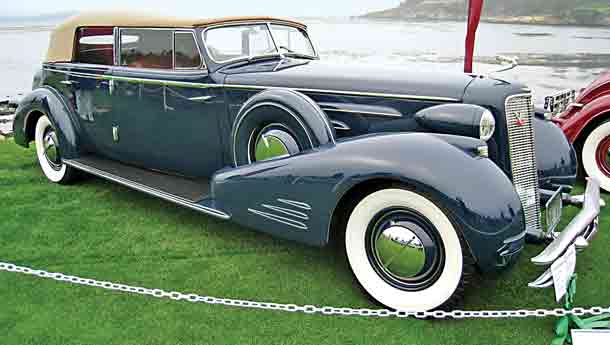 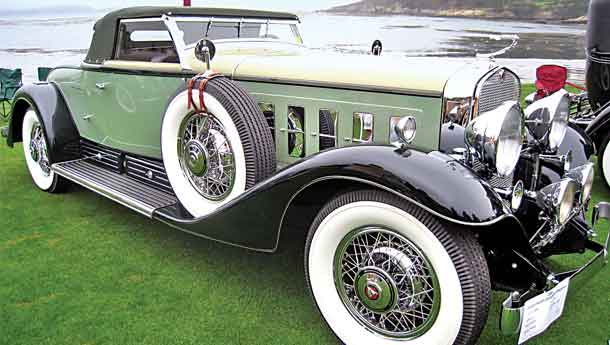 During those optimistic days of the 1950s in the US, Harley Earl and his team of designers at General Motors put together various concept cars to showcase the automobiles of the future. The jet age caught the imagination of people by storm, and that inevitably influenced concept car design. GM’s travelling Motorama was a brilliant idea to showcase these cars of the future and these dramatic designs were displayed across the US. Now, almost 50 years later, the Motorama returned to the golf links at Pebble Beach. Here are some of the 20 ‘cars of the future’...

Firebird I1954
It’s Superman! It’s a plane! No, it’s the XP-21 Firebird! And for a change, here was a concept that looked like a fighter aircraft and could move just as well. Harley Earl said that the Firebird’s body was inspired by the Douglas Skyray delta-wing fighter jet. And it was piloted by Mauri Rose – one of the greatest drivers of the era – to triple digit mph at GM’s Arizona Proving Grounds.

Chevrolet Corvette1953
The Corvette was, believe it or not, intended to be only a show car. Imagine, you’d have seen this car and the model and thought, ‘Gee-whiz, that would be a cool car to pilot.’ Thankfully many Americans thought that this is one car they would like to own, and the Corvette became a production reality, in the process creating the first legendary American sports car that could rival the best from Europe. Harley Earl and his team reportedly took only eight months from paper to mockup. Originally conceived to be steel-bodied, somebody wise decided a fibreglass body would be more like it. Thanks to the Buick Wildcat I...   Buick Y-Job 1939
Considered the automotive industry’s first concept, the Y-Job ‘Dream Car’ was actually the car legendary GM designer Harley Earl commuted in.
GM’s Alfred Sloan Jr and Earl took the lead in setting up a proper design cell called GM Styling. The cell’s objective was to create a ‘laboratory on wheels’, to explore what was possible in automotive design – reducing the roofline, streamlining and as Earl said, making the vehicle ‘lower, longer and wider.’

Buick Centurion 1956
Phew, what a vision of the future. A grille like an electric razor. Headlight pods pushed well back. A transparent roof. And, believe it or not, a TV camera mounted at the rear that transmitted to a screen on the dashboard. A dial on the steering wheel boss controlled gear selections. The advanced Centurion was the debut design of a young Chuck Jordan, who would rise up to be design veep at GM.

Buick Wildcat I1953
Yup, it was this concept that helped develop the production techniques for manufacturing the 1953 Corvette. It was the original fibreglass bodied convertible and remarkably, had only tiny tail fins. Power for the Wildcat came from a new 188 bhp Fireball V8 with ‘twin-turbo Dynaflow This Which made the Wildcat not exactly a sportscar, but a showboat. The concept featured roto-static front wheel brake cooling discs that were like today’s spinners, but in reverse – er, discs remained stationary while the wheels moved. And do notice that ‘buffer bomb’ grille guard.   AND MORE...
PEBBLE BEACH THIS TIME HAD A 20-LITRE CATEGORY

ROLLS-ROYCE MERLIN-PHANTOM
A Rolls-Royce Merlin in a Rolls-Royce Phantom equals one insanely fast vintage car. It sounds fabulous under throttle, and don’t even ask about the horrid fuel consumption. During WWII, the 60-degree V12 aero engines, displacing 27000cc, were used in the Spitfire and the P-51 Mustang fighter planes. The engine weighs 600 kg and can produce between 1000 and 2000 hp depending on supercharger boost pressures.It’s considered by many to be the best piston-driven aircraft engine of all time. Now, imagine it powering a four-wheeler!

CADILLAC V16 ROLLSTON CONVERTIBLE COUPE  1930
This extremely beautiful car is one of a kind, with a massive 3.8-metre wheelbase. The car tops out at 145 kph and delivers almost 4 km to the litre.  In spite of being introduced during the Great Depression, 3,250 cars were sold in the first year – not bad for an expensive luxury car. The perfectly balanced V16 configuration used hydraulic valve silencers that made the car all but inaudible.

CADILLAC V16 452D FLEETWOOD CONVERTIBLE SEDAN  1934
One of only 56 cars sold in 1934. This fourth series was Cadillac’s longest, with a 6-inch stretch in wheelbase, with biplane bumpers and flowing styling that is more modern. This example has had only three owners, and was delivered new to a member of the Dupont family.   CADILLAC V16 452 FLEETWOOD ROADSTER  1931
The roadster was the lightest body offered, and hence the quickest. With an optional tall final drive, the car could attain 160 kph. Gorgeous bodywork by Fleetwood.

CADILLAC V16 452B FISHER PHAETON  1932
Following the remarkable success of the 1930-31 models, only 296 Cadillac V16 model 452Bs were sold in 1932.  This example has special coachwork by Fisher with rear seat instrumentation.

TANK CAR
One of celebrity car enthusiast Jay Leno’s prized possessions – the ‘Tank Car’ powered by a Chrysler engine that used to do duty in the M47 Patton battle tank. In our short one-minute conversation, walking between cars on the field, I asked Leno about his Tank Car. He said ‘It’s totally stupid! The only point to it is that people are excited to see it.’ The car’s powered by a 1953 28.4-litre V12 Hemi built by Chrysler under license from Continental. The engine originally produced 1000 hp and Leno decided to add twin turbochargers, bringing the output up to 1600 bhp. With a new gearbox to replace the old three-speed unit, fuel economy doubled! It’s definitely not your grandfather’s 1930s Chrysler.