A new patent sketch that is reportedly of a new Mini 2-door sports car is doing the rounds around the internet. If sources are to be believed, this is the production version of the Mini Superleggera Vision Concept (pictured below) showcased at the 2014 Concorso d’Eleganza Villa d’Este. The patent sketch shows off some production-friendly designs such as the fabric roof, door handles and redesigned ORVMs that were absent on the concept. 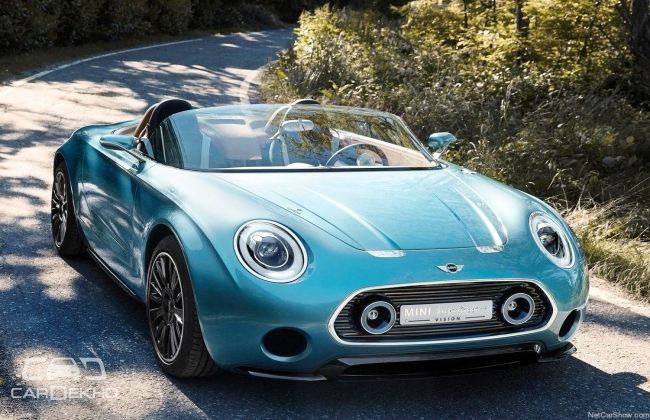 Mini has plans to reduce its portfolio of eight models to five, by doing away with the Coupe and Roadster models. After the new Mini three and five door, a new Countryman and Clubman will be launched and the new 2-door sports car could be the replacement for the Coupe/Roadster models. Though there is no official confirmation from Mini about the sketch, we really hope the new car comes into production. Watch this space for more information.