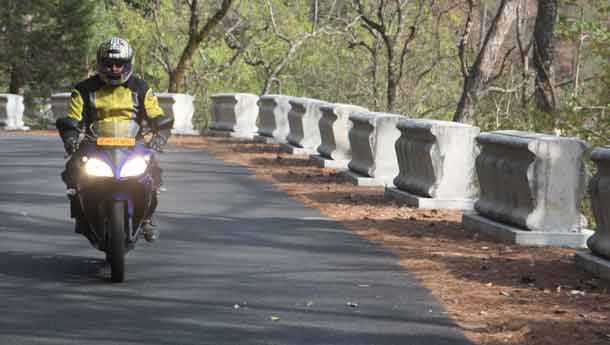 It's funny how the drivers abhor the riders and vice-versa. 'Motorcyclists ought to stick to the slow lane'. 'Cagers ought to stay at home'. Sigh..

So many times, when behind a steering wheel, I have had to brake when a crazy sod with his girlfriend pillion who's hugging him so tight that perhaps his lungs have collapsed, both without helmets, have cut across and skimmed past my car's front bumper by millimeters. And on numerous occasions, I've been nearly impaled into the pole of a streetlight when some moron in a car has moved into my lane to avoid a pebble on the road, all the time blissfully talking into a mobile phone held to his ear with one hand, the other alternating between the wheel, his crotch and the gear knob.

When told that motorcyclists ought to be banished off the roads, I have a handy retort that always seems to make the opinionated person frown and walk away - If there aren't any motorcyclists on the road, who then, will the car drivers peg the blame onto?

It's no wonder then, that I seem to be invited to less parties every year. Who cares a flying 'act of human reproduction' anyway; this leaves me more time to ride and that's much more fun any day!