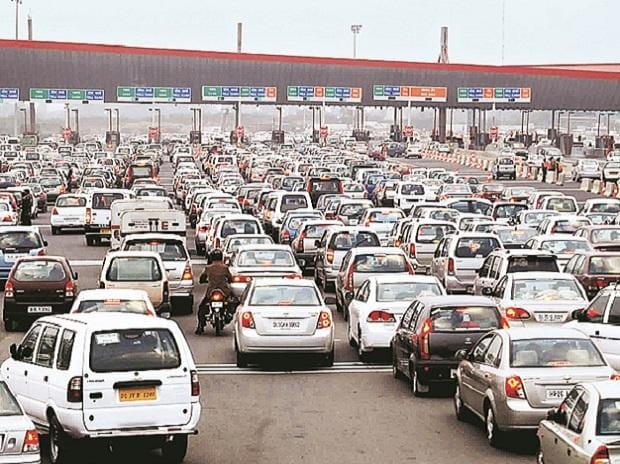 Passenger vehicle (PV) sales in India dropped 2.7 per cent in July over a year-ago period, Society of Indian Automobile Manufacturers (Siam) said on Friday. The decline, it said, was a first in six months and came on the back of a high base of last year when dealers re-stocked inventory post-GST implementation. Sales of cars and utility vehicles dropped to 2,90,960 units in July from 2,99,066 units in the same month previous year. The sales of utility vehicles saw a volume drop of 8.95 per cent during the month over a year-ago period.

In the run-up to Goods and Services Tax (GST) implementation in June 2017, auto companies had curtailed despatches and liquidated stocks in the preceding months. After the implementation, they despatched more for re-stocking. Deliveries to dealerships went up sharply in July, August, and September last year as companies expected high sales after a price drop took effect post the GST implementation, said Sugato Sen, a senior director at Siam. As a result, there was a spike during these three months, he said.

“The low sales in July are a reflection of the advantage of low GST rates no longer being there,” said Sen. Auto firms in India count despatches to dealerships as sales. Passenger vehicles and two-wheeler makers had cut prices by up to Rs 0.3 million following a rate cut. This, in turn, bumped up sales of automobiles across the categories with sales of PVs advancing at a brisk 15.12 per cent over the same period a year ago.


The high base impact of last year was, however, less pronounced in the two-wheeler segment. In a continuation of the previous months’ trend, motorcycles grew faster than the scooters. While motorcycles volumes increased 9.67 per cent to 1.1 million units over the year ago, scooters grew at a slower rate of 5.12 per cent to 598,976 units over the same period in the corresponding month last year. Sales in other categories continued to be robust. A strong demand from construction and infrastructure sectors drove up the overall commercial vehicles sales by 29.65 per cent to 76,497 units over a year ago, Siam said. This was despite the minor disruption created by the new regulation on axle norms.

“In our view, the impact of new axle load norms will be more visible in the coming months as production schedule of  manufacturers would not have been altered in July and accordingly the wholesale sales,” said Shamsher Dewan, vice president and sector head (Corporate Ratings) at ICRA. Dewan said while there would be some disruptions in the near-term, the underlying demand momentum continued to remain favourable as reflected by healthy growth in sales of Tipper Trucks aided by construction and infrastructure segments.


Automobiles sales across categories registered a rise of 7.97 per cent to 22, 44,875 units from a year-ago period. Driven by new product launches and positive macros, including a favourable monsoon, auto sales in India have been advancing at healthy clip year over year.