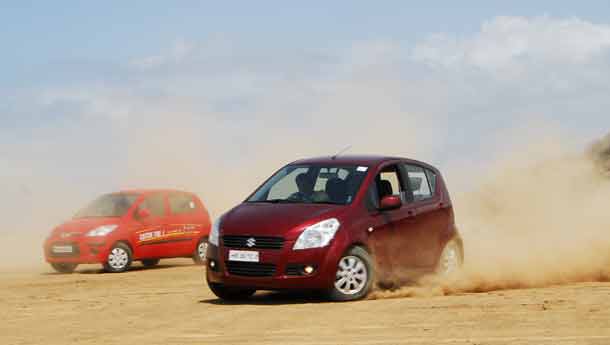 The Indian automobile industry is set to overtake Brazil to become the sixth largest passenger vehicle producer in the world, growing 16-18 per cent to sell around three million units in the course of 2011-12.

The five countries producing more vehicles than Brazil or India are China, the United States, Japan, Germany and (South) Korea. There was a 29 per cent growth in passenger vehicle sales to 2.52 million last year, according to the Society of Indian Automobile Manufacturers (Siam).

Though the industry expects the growth rate to moderate in the PV segment to 16-18 per cent, the milestone of selling three million passenger vehicles would still be achieved ahead of the initial target of 2012-13, forecast by Siam last year.It had earlier projected the PV market to grow by 12-13 per cent during 2010-11 to close at around 2,196,791 units, which turned out to be quite conservative.

Siam president Pawan Goenka said, “We have consistently recorded good growth over the last six quarters. India would overtake Brazil to become the sixth largest passenger vehicle market in the world this fiscal. This year, we expect the growth rate to moderate to 12-15 per cent for the overall industry.”

Siam said the two-wheeler segment was likely to grow 12-14 per cent in 2011-12 and commercial vehicle sales by 14-16 per cent. Three-wheelers are expected to post the lowest growth, between nine and 11 per cent.

Commodity prices this year touched an all-time high this year, forcing most automobile manufacturers to raise prices for a second time over the past three months.