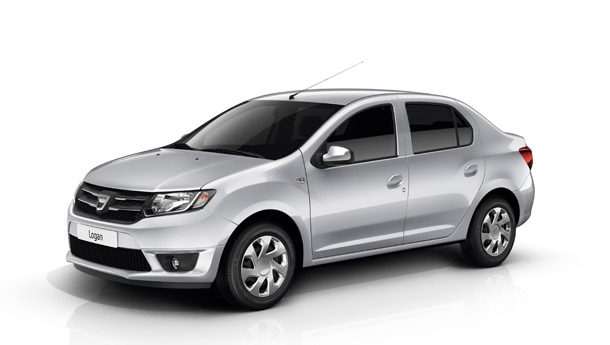 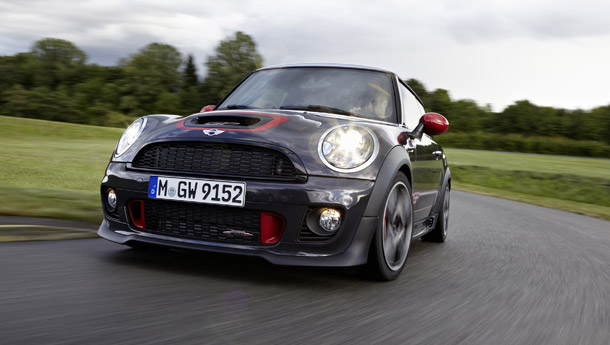 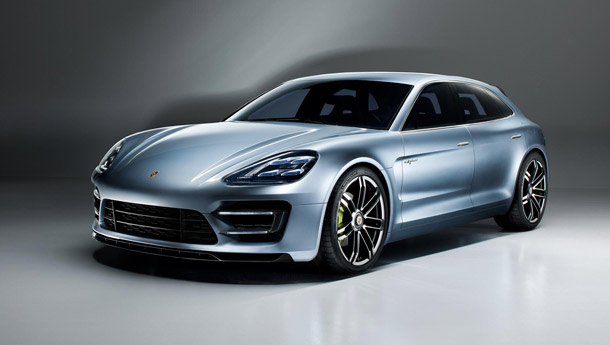 You know the Logan already, don’t you? This one is just a whole lot better thanks to an elaborate makeover from the Logan’s Romanian parents, Dacia. And it has finally sprouted some design flair. The new Logan looks aggressive, what with the Duster-esque flared wheel arches and profile and also that butch grille and impressive overall front-end treatment. That built-in spoiler on the boot lid adds that dash of ‘sporty’ the Logan has missed all these years and those who’ve kept away from this rather excellent little sedan on the basis of looks alone should now have little hesitation to go out there and buy one. The interior too, while remaining just as good on space, has been given an overhaul and the triple-pod instrument cluster, along with an LCD screen in the all-black dashboard, adds a good dose of sophistication to what is, universally, a value-for-money, low-price car.

A thorough sports car from Jaguar, designed to evoke the E-Type glory, inspired by the C-X16 concept, and built to destroy the competition. The name’s F-Type. Unlike the XK, the F-Type is a two-seats-only sports car — your children and shopping bags will have to find other means of transportation. Appropriately, a 3.0-litre V6 supercharged engine has been brought to the party and is available in two formats — 335 bhp and 374 bhp (F-Type S). The former clocks 0-100 kmph in 5.1 seconds, while the latter does it in an astonishing 4.8 seconds. Not enough? Well, Jaguar also offers a 5.0-litre V8 that produces 488 bhp (F-Type V8 S) and does the 0-100 kmph dash in just 4.3 seconds. In addition to that, all variants get an all-new 8-speed ‘Quickshift’ automatic transmission, with manual override and paddle shifters. And both the ‘S’ variants get a limited slip differential too. If the numbers still don’t appeal to you, the looks sure will.

The most elegant sports GT with a clipped-accent gets refreshed. And what’s good about it? Everything! On the exterior, the changes are minimal (well, it was already so good looking), although it is now subtly sharper than before. The interior, which in Aston-Martin speak is ‘inspired by luxury goods’, is a blend of hand-stitched this and specially-developed that — no surprises there. Now, coming to the heart of the matter, the new AM11 V12 engine. The 12-cylinder monstrosity produces 510 bhp and 63.2 kgm of torque and has, to its aid, dual variable valve timing, enlarged throttle bodies and a revised intake manifold, all of which ensure typically effortless motoring pleasure. Adding to this is the new ‘Gen4’ VH version (to be seen on the incoming new Vanquish) of Aston Martin’s Adaptive Damping System (ADS) which offers three driving modes: Normal, Sport and Track. And we haven’t even told you about its James Bond legacy yet...

Peugeot has always had a penchant for showcasing radical concepts at the Paris Motor Show. After all, since this is the Paris Motor Show, it’s a matter of pride for the French. Their previous Paris unveilings include the radical three-wheeled EX1 Concept and the 2009 RC Concept, not to forget the bonkers three-wheeled 20Cup trike. They haven’t let us down this year either — here’s the Peugeot Onyx Concept, a sharp-looking, low-slung supercar from the land of croissants. Peugeot has boldly used new materials in places one wouldn’t normally expect them to be used, like the doors and wings that are made out of pure copper sheets, which will gain a patina over time. The rest of the lightweight, aerodynamically efficient carbon-fibre body houses a 3.7-litre hybrid V8 that produces 600 plus horsepower and can provide an additional 80 horses on tap, just like an F1 KERS system. C’est magnifique!

‘Sports Activity Coupé’ is what Smart’s marketing arm calls the latest Smart ForStars, and it’s another bit of terminology headed straight for a trash can marked ‘frivolous marketing junk’. Okay, so, let’s just concentrate on the car. It’s targeted at folks looking to buy a crossover — one that’s small but not as small as the Smart ForTwo. With increased ground clearance, a bigger cargo bay, a panoramic glass roof and funky styling, we’d say that this would be one über-cool city runabout. That it runs purely on electricity, with an 81 hp motor, is only an added benefit then. They forgot to mention the range of this cutesy lil’ car, but they did tell us about an in-built projector in the roof, using which you can set up a tiny movie screening for you and your friends. Midnight in Paris, maybe?

Seats two, produces 218 horsepower from a 1.6 turbo-four, sports a legendary name on its flanks, runs fully-adjustable coilover suspension, lightweight wheels and race-derived brakes, and weighs just 1160 kg. A recipe for a bonkers driver’s car? You bet. The original Mini John Cooper Works edition was introduced more than 50 years ago when John Cooper himself set out to make a small, nimble, fun-to-drive car for the road. This 2013 Mini JCW GP edition takes things a bit more seriously. It’ll do 0-100 kmph in 6.3 seconds, max out at 242 kmph and it lapped the famous Nurburgring track in just under 8 min 23 sec. How fast is that? Well, about as fast as a Jaguar XKR or a Nissan R32 GT-R. Nothing much, really.

Diehard Porsche fans, look away. Porsche’s introducing yet another car that breaks away from Porsche tradition. It’s bad enough they created a (not so great looking) sedan, they’ve now gone and made a wagon version of it, too. We’d be offended, if it didn’t look so strikingly good. Compared to the bubble butt derriere of the Panamera, this one looks sharp and somewhat reminiscent of the earlier Porsche 928. It’s a front engine, rear-wheel-driven car powered by a hybrid powertrain. a 3.0-litre V-6 engine sits under the hood, assisted by a 95 hp electric motor. Combined, they produce 410 bhp of peak power which is good for a 0-100 kmph time of under 6 seconds! That aside, the lithium-ion battery pack can be charged from just any household power outlet and will provide an all-electric range of up to 30 km. How’s that for economy, eh? We so wish this does go into production!

When you think of the word ‘supercar’, the McLaren F1 will most certainly feature in the mental list that forms, right? Well, this just so happens to be the first time this company is making an appearance at an international auto show. So, without wasting any time, they’ve jumped right in and offered a preview of their next generation supercar. The P1, as it’s called, takes all of McLaren’s know-how from the racing world and puts it in a two-door, two-seat form. The current MP4-12C supercar gets a lot of flack for not being involving enough for the driver, so this time around, McLaren set out to make the best driver’s car in the world. Well, it’s certainly got the menacing looks, we’re hoping they stay true to their word and deliver a fantastic driver’s car. They’re only offering previews of the design, so no powertrain details are known for now, though a more powerful version of the current twin-turbocharged V8 on the MP4-12C is expected to do duty. When the P1 starts production next year, it will be placed above the MP4-12C, so you can be sure it’ll have enough go to deserve that position.

Peugeot has quite an established rally history, which even included manufacturers title wins in the crazy Group B category. It’s no surprise, really, that they’re bringing a rally car to Paris. The 208 R5 is, like it says, based on the 208 hatchback, but the name is where the similarity ends. The R5 is a purpose-built, tube-frame car designed for one thing and one thing alone — to dominate on any terrain. Powered by a 1.6-litre turbocharged engine making up to 280 bhp and equipped with long-travel suspension all around, the 208 R5 can power through almost any surface be it gravel, asphalt or even Indian roads! You’ll be hearing more about it in the second half of 2013 when it first starts to take on rally stages.