Over 35 launches to hit Indian roads next year 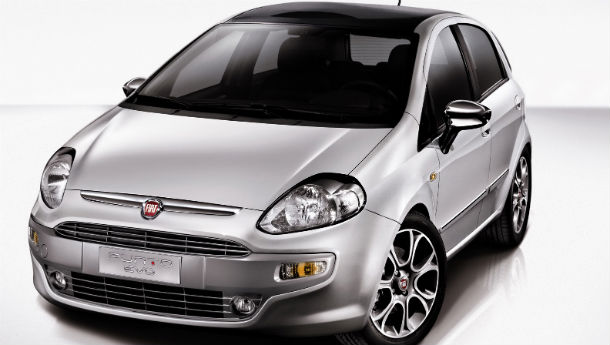 The past year may have been a dampener for the automotive industry. But that doesn’t seem to be bothering car makers. To protect their market share and to entice new buyers, auto majors are gearing up to launch at least three dozen swanky models in 2013.

Market leader Maruti Suzuki, for instance, will launch a new version of A-Star, which its parent company had showcased in China this year. With nine models, Maruti has the biggest portfolio of small cars in India.

Notably, there is a strong focus on alternate-fuel vehicles. Tata Motors is set to launch the much-awaited diesel-powered Nano in the second half of 2013. But ahead of the diesel launch, the company will introduce the CNG version.

A compact version of the Manza sedan is also on the cards. However, the Mumbai-based company has refused to talk about its future model line-up.

The second largest domestic car maker, Hyundai Motor India, which lost out to rivals for lack of diesel engine option, will introduce a small diesel engine in one of its hatchbacks. The firm has already started trial runs for the new hatchback, imported from South Korea, in Chennai. The i10, one of the largest selling compact cars in India, may also get a refurbishment, although there is no official confirmation on this.

Notably, the focus on mini SUVs will continue next year too. Industry watchers expect a direct face-off between Maruti Suzuki and Ford India, both of whom are all set to launch mini SUVs that are less than four metres in length. Apparently, that’s a vehicle category which enjoys substantially lesser excise duty, compared to full-fledged SUVs.

While Maruti Suzuki is striving to advance the launch of its compact SUV, code named XA Alpha, to 2013 from the earlier scheduled 2014, Ford India is almost ready with the EcoSport, to be launched in early 2013.

Nissan India is readying itself for a play in the compact SUV segment, which is currently dominated by Mahindra & Mahindra’s Scorpio. The company will launch a Renault Duster-inspired SUV next year.

Italian car maker Fiat will look to revive its sagging fortunes in India with the launch of the Jeep brand, the world’s largest selling SUV. In the second half of next year, Fiat will also introduced luxury SUVs Grand Cherokee and Wrangler of its US subsidiary, Chrysler. Both models, to be launched as direct imports, will be positioned at the premium end.

The battle for the top spot amongst luxury car makers will intensify next year with arch rivals Mercedes-Benz and BMW launching the most affordable and smallest vehicles in their line-up.

While analysts say that vehicle demand is not expected to rise substantially next year, manufacturers have ignored such predictions and have lined up launches to keep the customers excited.

“As with others, Nissan has also been impacted by the slow down. But this does not change our outlook for the Indian market,” said a spokesperson of Nissan India.