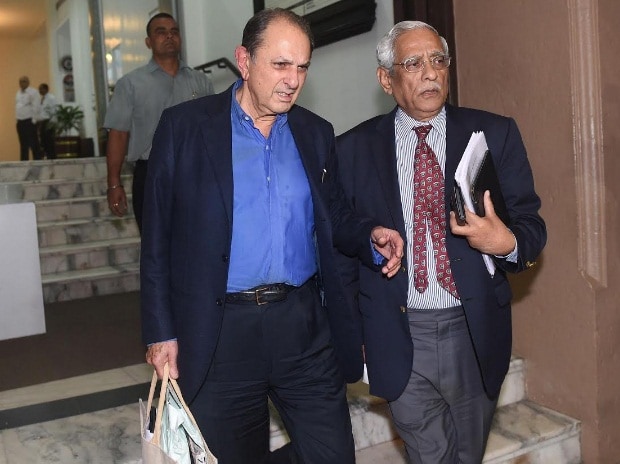 Industrialist Nusli N Wadia has filed a criminal defamation case against Tata Sons, its interim chairman Ratan Tata and some directors for alleged "defamatory and offending" contents in a special resolution moved to seek his removal from three Tata Group firms.


Wadia, who has been accused of siding with ousted Tata Group chairman Cyrus P Mistry, filed the defamation suit in the court of additional chief metropolitan magistrate here.


Tata Sons' special resolution to shareholders seeking Wadia's removal as an independent director on the board of Tata Chemicals, Tata Motors and Tata Steel has "caused severe prejudice to the reputation and goodwill", the chairman of Britannia Industries said in the suit.


This, he claimed, also "affected his status as an independent director in various other companies and will continue to have a cascading effect" on his reputation and goodwill in business circles within India and abroad.


It is not immediately known what fate that case has met and why this case before the additional chief metropolitan magistrate was filed.


Besides Ratan Tata, who was brought back as Chairman of Tata Sons after Mistry was abruptly removed on October 24, the others named in the suit include the holding company's directors Ajay G Piramal, Amit Ranbir Chandra, Ishaat Hussain, Nitin Nohria, Vijay Singh, Venu Srinivasan, Ralf Speth, N Chandrasekaran and Ranendra Sen.


After removing Mistry as head of Tata Sons — the holding company of the $103 billion salt-to-software Tata Group — the promoters have sought to remove him from boards of operating companies.


Wadia, who has openly sided with Mistry, too is being sought to be removed from boards of Tata Motors, Tata Steel and Tata Chemicals, where he is an independent director.


Shareholders of Tata Steel and Tata Motors have voted out Wadia at extraordinary general meetings in last two days, while the same of Tata Chemicals is happening today.