Optimism exists, but there are also uncertainties: MRF CMD 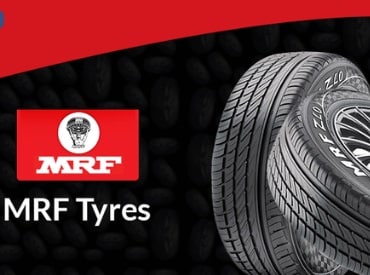 While there seem to be some green shoots generating optimism about future, there are also uncertainties regarding rising commodity prices, effect of Brexit yet to be played out fully on trade and exports, said K M Mammen, chairman and managing director of tyre manufacturer MRF Ltd.

"The good news is that the ongoing monsoon in 2016 has been as per expectations and if the trend holds for the rest of the season, we may expect a general upswing in business sentiment," he told shareholders at the company's Annual General Meeting.

This will also be impacted by the recommendations of the pay commission coming up into force later this year, he said.

"The new policy initiatives started in the last budget, have not yet had their full effect on improving the business environment. The recent legislative consensus augurs well for the country in the long term," he added.

"While we remain optimistic about the expected growth in the economy in the months ahead, there is no denying the fact that any improvements will most likely be slow but steady," he added.

The continuing import of cheap tyres from China which undercut and depress local market tyre prices, remains a key issue for all Indian tyre majors.

So far, industry representations to the government urging it to consider levying an anti-dumping duty on Chinese imports, as was recently done by the US for its domestic market, has not been met with sympathetic considerations, he said.

The company also see some signs of revival in certain segments and the decline in the commercial vehicle sector has levelled off and the year saw some growth, estimated to be 6-8 per cent year-on-year in 2015-16. However, even these numbers are significantly lower than what this segment displayed just 4-5 years ago.

There has been a modest recovery in the passenger cars and SUV segment, with favourable conditions like lower inflation, decreasing fuel prices and interest rate cuts. Tractor sales, which were adversely impacted by the deficient South West Monsoon last year, could expect a recovery on the backdrop of a good monsoon.

In the two-wheeler segment, motorcycle tyres are growing slowly, while the company see a steady growth in the sale of scooter tyres which is growing at a good pace year-on-year.