One of a kind - The Jayaram GT 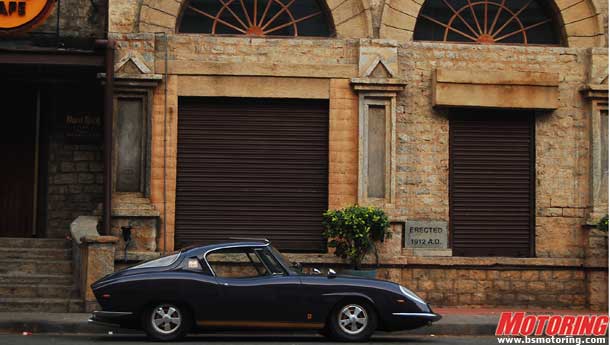 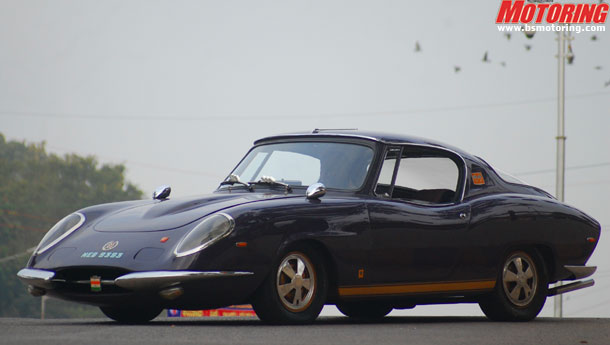 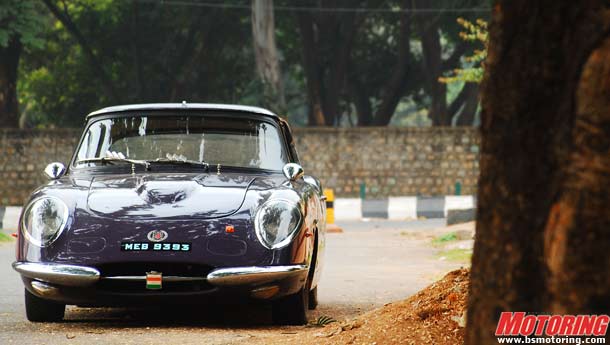 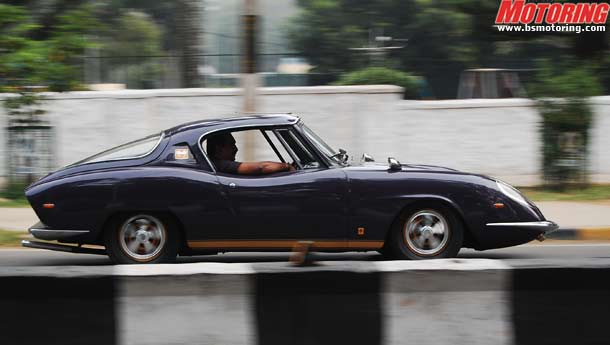 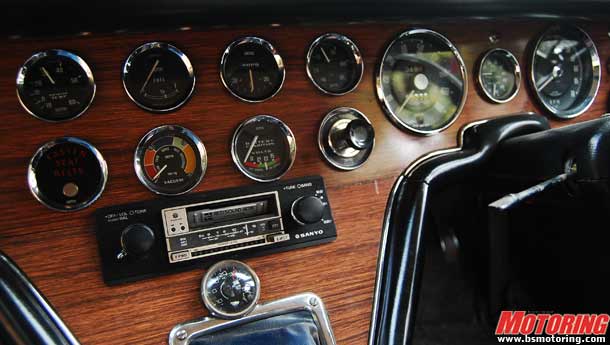 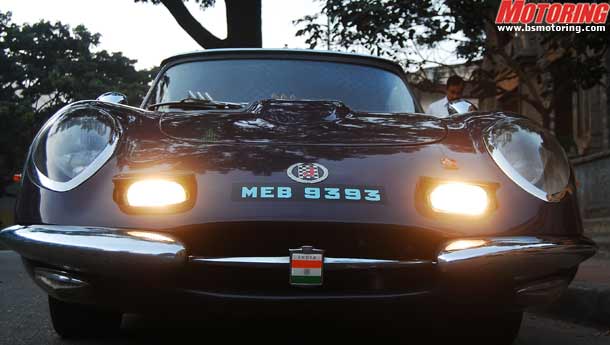 It's a muggy Bangalore morning. People seem to be milling around earlier than usual. A couple of joggers rub the last vestiges of sleep from their eyes and stop to take a closer look at what, judging by the expressions on their faces, is the most gobsmacking sight they've seen in a while. A little yellow Reva pulls over. The man behind the wheel sticks his head out the window and looks enquiringly at what has caught his attention.

'Is it a new car? he asks Pratap 'Bobby' Jayaram.
'No, it's an old car,' Bobby replies.
Reva-man: 'What's special about it?'
Bobby: 'It was totally built in India.'
Reva-man: 'Which company?'
Bobby: 'Not by a company, it was made by an individual.'
Reva-man: 'Are there a lot of them?'
Bobby (smiling): 'No. Only one piece in the whole world.'
Reva-man: 'Who built it?'
Bobby: 'My dad.'
Reva-man: (says something incomprehensible owing to excitement)
Bobby (hastily): 'Not me, my dad!'
Reva-man (regains composure): 'When did he make it?'
Bobby: 'This was finished in 1973.'
Reva-man: 'And what business are you in?'
Bobby: 'I designed the Reva you're driving.'

It was at this point that the man in the Reva nearly keeled over, due to the sudden realisation that he had for the last few minutes been carrying on a conversation with the president of the Reva Electric Car Company. What had caught his attention and caused him to pause his early morning drive was the Jayaram GT, parked neatly in front of the Hard Rock Cafe in Bangalore. And what he pulled over in was a car completely designed by a second-generation Jayaram, Bobby, AD Jayaram's son. Two generations of an automobile-crazy family, and two distinctly unique cars, which about sums up the Jayarams for you.   It was sometime in 1969 that the late AD Jayaram decided he wanted a car that couldn't just be bought out of any old showroom. He wanted a car that would rival Porches and Jaguars, not just in terms of looks, fit and finish, but in terms of performance as well. And he knew the only way he could get the car to look and run exactly like he wanted was to build it himself. So he did!

The idea for the Jayaram GT took shape slowly. A plaster of Paris model was made, followed by life-sized drawings of the car on massive sheets of paper. Over the course of the next four-odd years, Jayaram spent a few hours every day in his garage, mostly working on the car alone, with members of the family occasionally lending a spanner-wielding hand. And one day in 1973, the fully-finished Jayaram GT drove out onto the streets of Bangalore.

Thirty-six years later and we're standing before that very same car. And it takes us just one look to realise that AD Jayaram got exactly what he wanted. The Jayaram GT is a head turner, and how! The smooth flowing lines of the nose gradually taper down to the big headlights, below which are smaller pop-up lights. The car is, quite simply, beautiful. Honestly, it’s got curves that even Ursula Andress would wish she had!   Nearly everything is exactly as it was in 1973, right down to the 17 coats of paint on the body of the GT. The dark lavender shade was obtained by hand-mixing about ten different colours together, the paint then painstakingly applied over the bodywork. And the care with which it was applied has meant the car hasn’t ever required even a smidgeon more of the stuff. That, and the fact that AD Jayaram was very particular that the shutlines on the car should be less than 2 mm, ought to give you some idea of the obsessive level of detail that went into building this car. But they’re not the only examples.

Bobby remembers how his father ensured the body metal was wrought perfectly. After cutting the metal to size, the entire sheet would be hand-tapped into shape. It would then be fitted onto the car, with a piece of string stretched taut and tied at a distance of one foot away. Then, they'd flood it with light from behind. 'If there was a single undulation in the bodywork, it would show up in the string's reflection. If it was tapped to perfection, the reflection would be a straight line,' Bobby says.

What’s also evident is the Jayaram sense of humour, hard to miss once you meet Bobby in person, and easy enough to find if you pay close attention to some little touches on the car. The windscreen wiper jets are small figurines of little lads relieving themselves, also home-made. The figures were first fashioned out of wax, then a mould was made and finally the metal was cast. The result – it looks like two truant schoolboys are taking the liberty to answer nature’s call on your windscreen. Bet AD Jayaram had a good old chuckle every time he found himself caught in the rain!   But of course, the Jayaram GT isn’t just about looks. How could it be, when it was built by someone instrumental in establishing motor racing as a sport in this country? Bobby lifts the hood of the car to show us just what makes this a beast of a wolf in stylish sheep threads. The Jayaram GT is powered by what was once a Herald engine, except it’s been worked on so much, it now has a capacity of 1.4 litres as opposed to the original 948cc. It puts out 140 bhp, comes fitted with racing cams and twin Webers, all of which go towards helping it cross the double tonne with ease. And then he fires the car up. The engine makes a deep, powerful, bellowing noise, he sort of sound you’d hear and turn around expecting to see a drag racer - what you see is this beauty instead.

Soon I’m sitting in the passenger seat, while Bobby expertly manoeuvres the car through traffic so we can get to the next location for our shoot. Following us in a turbocharged Civic are Bobby’s son Sharan, and Kartik who’s hanging out the window, an eager shutterbug. 'He wants to go fast,' Bobby says eyeing the Civic in the rear-view mirror. So he slips out from behind a couple of slow moving vehicles, changes gear and zips past them, making it far more interesting for Sharan to keep up. The funny thing about him shifting gears is that I can just about make out the shifts, but Bobby’s hand is nowhere near the gear lever. Then I see the tiny switch to the right of the driver that he is flicking back and forth. The car has eight forward gears, four of which are electronically controlled, which means all you need to do is flick the switch – up for a higher gear and down for a lower gear. It boggles the mind that this was made in 1973, and at home at that!   While Bobby expertly weaves in and out of traffic, I take in as many details as I can from the extremely comfortable passenger seat. There are dials aplenty on the faux-wood dashboard. In addition to the regular gauges, the car even has a ‘fasten seatbelt’ dial that flashes if you aren’t belted down. There is a dial for oil levels too - no dipstick business in the Jayaram GT. If, when you press the switch, the dial lights up in green, you’re good to go; if it glows red, you’d better phone the Gulf.

The car also has a speed pilot to help you maintain average speeds during a rally, and a map light for when you need to navigate. There is an audio system that plays cassettes, with space for your music collection to be housed under the arm rest. And one of the best parts about the car – it looks brilliant topless. The roof comes off, with another portion that can be fitted onto the boot, and you have a proper two-seater convertible.

The devil really is in the detail. The GT theme carries over from the emblem outside the car, to the gear knob on the inside. Why, even the key ring that holds the keys to the car has the same symbol on it. The only part of the car that was imported is the Indian tricolour on the front. That, ironically enough, was bought in the UK. Everything else, from the window glass to the rear windscreen plastic, has been moulded in the Jayarams’ garage.   AD Jayaram prepared well over a hundred different cars, but it is the Jayaram GT that was prepared with unmatched levels of time, energy and passion. It cost him a little over Rs 20,000, in those days, to build a car that you really can’t put a price on today. And it is the only car in Bobby’s garage that has (and always will) remained as it was.

The Jayaram GT stands among a fleet of Bobby’s zany creations, like a 300 bhp, 500 kg Dolphin, a rally-spec Esteem with a full-blown 1500cc Baleno engine, the turbocharged Civic and a Hayabusa-engined Reva! And while Bobby is on a constant quest for more speed and power in all the other cars, this second-generation Jayaram has vowed that there will be no changes made to the Jayaram GT. I hear an almost inaudible 'Yet,' soon after Bobby says this. It’s Sharan, who mutters something about plonking a V8 under the hood. Reckon we’ve got to watch out for the third generation Jayaram as well!