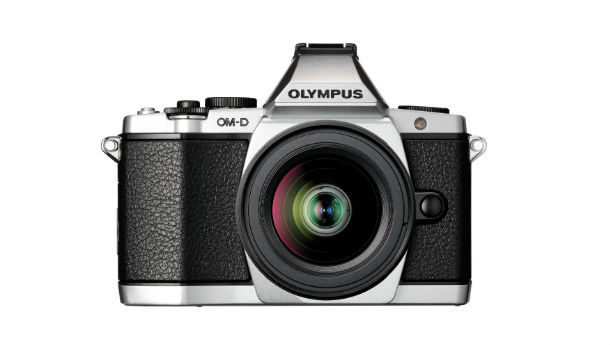 OK, this is going to be a bit of a fanboy piece, but then objectivity is often overrated anyway. I recently went and acquired a new camera, although I strictly (extremely strictly) didn't need it – my trusty old Olympus e510 works fine, except that it switches itself on and off at random, leading to a lot of sailor-level cursing, especially if I'm in the middle of taking a shot. I've gotten used to this quirk, however, and because my Zuiko 12-60mm lens is such a magnificent piece of glass, the pictures I shoot still come out as well as they did when the camera was brand new. To answer the obvious question of why I don't take it to a service centre:

So why did I buy the new camera, then? Well, it's the coolest thing to have happened to the camera world in a long time, and it's become a benchmark of sorts in the short while that it's been on the market – I am, of course, talking about the Olympus OM-D E-M5. Aside from the fact that it has the world's daftest name (what, they couldn't think of more alphabets and letters?), it is a quite amazing piece of kit. I only bought the body – and what a body! Taking inspiration from the legendary OM-2 film SLR, the OM-D looks fantastically retro and is only just bigger than a point-and-shoot camera; what you get, therefore, is an interchangeable lens DSLR that is compact, light, unobtrusive and completely weather-sealed. It doesn't have a mirror inside, like 'conventional' DSLRs, so the viewfinder is electronic (and extremely high-res) and you can see exactly what's happening to your frame as you make changes in aperture, white balance and so forth. The large rear LCD offers touchscreen capabilities, including touch-focus, and it folds at various angles as well. Full-HD video recording is the touch of a button away, and because image stabilisation is built into the camera's body, any lens that you use automatically becomes stabilised.

The reason I stuck to Olympus was because I already have some great Oly lenses, and even though I have to use an adapter on this particular camera body, which slows down autofocus a touch, the image quality is still superb, with the photos absolutely crackling straight out of the box - no post production required. Olympus makes a line of fabulous lenses specifically for this format of camera, as does Panasonic (in collaboration with Leica), and I have no doubt that I will soon be splurging some more of my hard-earned on them.

Importantly, the OM-D (and others of its ilk) shows the way forward as far as photography is concerned. If you are a serious photographer, you no longer need to buy massive bodies and even bigger lenses to get outstanding image quality, unless of course you absolutely <I>must<I> have an SLR with a big sensor. If you're just starting out and still want high-end gear that's affordable and not so big that it's intimidating, it's perfect as well!