Ola now party in challenge by Uber on Karnataka norms 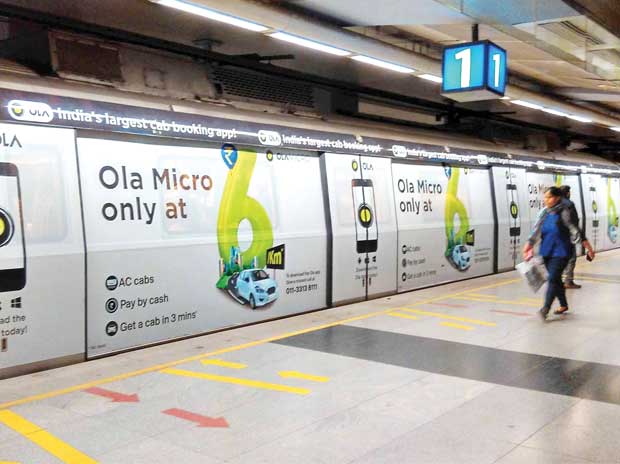 Moving the battle from the streets to court rooms, India’s largest taxi service aggregator, Ola, has become party to a case in which rival Uber is challenging the Karnataka government’s new rules for regulating players such as it and Ola.

Ola, which on Monday was issued a licence under the On-Demand Transportation Technology Rules by the Karnataka transport department, sought additional time from the court in a hearing on Wednesday. Judge Aravind Kumar adjourned the hearing to Tuesday.

The case has gained prominence because the verdict, whether for or against, would have a national impact. Several states are looking at Karnataka, a pioneer in framing policies on information technology issues, to decide their own rules for taxi aggregators.

State transport minister Ramalinga Reddy had disclosed that many states wanted rules to regulate such entities and had planned to use these rules as a reference.

Ola has complied with the state’s rules that mandates all cabs be fitted with digital meters, panic buttons, GPS modules and cap fares to a state-prescribed limit.

Uber, yet to get the licence for which it has applied, says the new rules are unconstitutional.

It filed a petition at the high court on June 1, looking to quash the state rules. The company says it wants to be regulated and has even outfitted 100 cabs with digital meters, panic buttons and GPS modules, to meet with the transport department’s minimum criteria for getting a license.

Both Uber and Ola are on a growth streak in India, with Bengaluru second largest market after the Delhi region. Of the combined 700,000-odd cars the two claim to have on Indian roads, an estimated 50,000 are here.

US-based Uber has committed to investing a part of the $3.5 billion it raised from Saudi Arabia in its India operations, while rival Ola is close to securing $1 bn in funding. Both plan to utilise the capital to increase the number of drivers and cars on their platform, which will bring them more customers, as they rely on the network effect to grow their businesses.

In the race to stay ahead of Uber, rival Ola spent massively on marketing, and customer and driver acquisition, helping it rack up a 20-fold increase in loss at Rs 796 crore during the 2014-15 financial year.