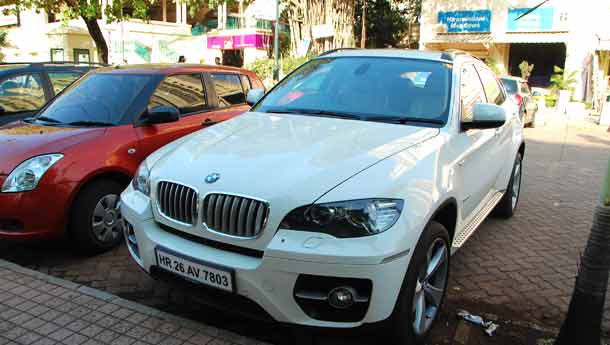 IN MY MIND
Do you know what the waiting list for a diesel Maruti Suzuki is? Anywhere between three and four months. Now for the second question. How many different diesel engines does Maruti Suzuki make? The answer is essentially the variants of one engine powering cars such as the all-conquering Swift diesel, Swift Dzire diesel and the Ritz diesel! Yes, even with the new engine plant running overtime, the nation’s largest carmaker cannot make enough of the Fiat-derived 1.3-litre engine to satisfy the demand in India. But the point is not that. The very same engine is made by Fiat and Tata Motors in India and powers an array of Fiats and Tatas — ranging from Palios and Vistas to Lineas and Manzas. Only the Linea can now be termed a success story, with the stylish sedan slowly winning the hearts of people with its diesel economy. So what is the reason for the super success of the DDiS engine versus the MultiJet and QuadraJet (same difference!) apart from the brand equity of Maruti Suzuki? Well, the execution has been near perfect. The engine may have its roots in a Fiat blueprint, but it is made the Japanese way. That means lighter moving parts that result in — you guessed it right — exceptional mileage. Now if only Maruti Suzuki anticipated this success and planned for more engines. The beleaguered SX4 can do with a 90 bhp application of this motor to begin with.

IN MY GARAGE
I had, at my command, for one whole week, what I believe is the sexiest SUV this side of the big dipper — the BMW X6. Some might argue that it is an impractical, slope-roofed version of the BMW X5. Hey, you know what? It is. But I don’t really care what critics think of it because I was smitten when I saw an early prototype at Arjeplog, Sweden, early last year. I wanted to drive one then and the wish was granted last week. And the version that I drove can launch a thousand Rainbow Warriors in my direction — the full-monty V8 twin-turbo that snarls at the hint of throttle and generates enough power (402 bhp and 61 kgm) to make Ferrari engineers from the ’90s wonder what they were doing. This car was conceived by someone who was on testosterone abuse and was designed by someone whose middle name is “gutsy.” It is a cliché alright, but this car does 100 kph just standing still. Ride quality is poor and more so on Indian roads, but this is the best-handling SUV I have ever driven. Period.

CAR OF THE WEEK
Can the new Chevrolet Cruze give a tough battle to the likes of the Toyota Corolla to the Skoda Laura? Business Standard Motoring compared it to, ahem, the Volkswagen Jetta for the December 2009 issue of the magazine and found it surprisingly capable if not exactly in the same league. But then the Cruze features a killer price tag of Rs 10.99 lakh ex-showroom Delhi. Want more? Buy the magazine please.

BIKE OF THE WEEK
Rode the Yamaha R15 for around 120 km last Saturday (The Fog Chasers Ride-I). I have been avoiding this bike thinking that it is a bit on the extreme side all this while. What a revelation it turned out to be — nice enough performance, great brakes and good poise through corners. A bonsai R1 at a bonsai price and a great place to start learning the ropes. Brilliant.

QUESTION OF THE WEEK
How many BMW X6s have been sold in India since its launch in February this year?