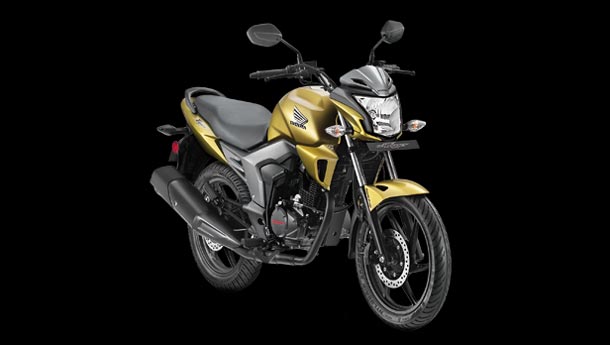 Contrary to market speculation, the latest Honda motorcycle to come to Indian shores isn’t the CB150R ‘Streetfire’ - a naked derivative of the CBR150R - but is in fact a more premium 150cc motorcycle that could be priced just above the Dazzler. Think of it as a Dazzler refresh.

Called the CB Trigger, this motorcycle has just been announced and it will actually go on sale in a few weeks from now. The Trigger is a proper streetfighter-styled naked motorcycle that now has prominent air scoops on its flanks, a nicely sculpted tank and a sharper headlight. That said, a lot of components still look like the Dazzler.

The power plant is a 150cc air-cooled (yes, not liquid-cooled) single that produces 13.8 bhp @ 8500 RPM along with 1.27 kgm of torque. Honda claims an optimistic 60 kpl for the CB150. Alloy wheels, fully digital instrumentation, a monoshock at the rear and LED tail lights are part of the package.

The CB Trigger now comes with an Combi Braking System (CBS), which is a first in the 150cc segment. The Combi-Braking system uses distributed braking force and anti-lock braking systems to increase safety on the brakes as well as confidence and stability.

Honda says that it will come to the market by May 2013 and bookings will open next month. Stay tuned for a review on BSM!