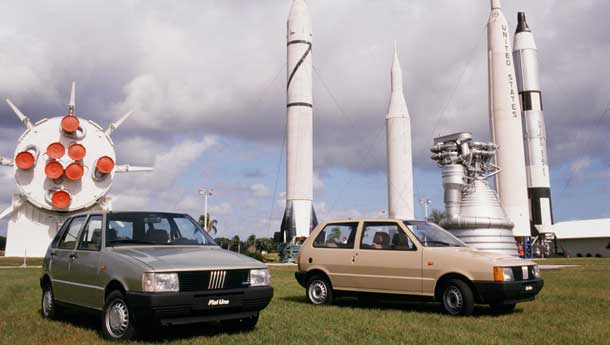 Back in the mid nineties, the Maruti Zen was pretty much the best "premium" hatch you could buy. That's only because it was the only one you could buy. No other company was making hatches, apart from Maruti and somehow no one seemed interested. No one, except Fiat.

They were making a second entry into India after the Fiat 1100, nee Premier Padmini but this time with something a bit more 'modern' looking. You wouldn't call the Uno modern in the true sense, but for a market starving to get their hands at any car, the Uno was well, a godsend. So they quietly entered into a joint venture with Premier Automobiles and before everyone and their uncles knew it, a few hundred thousand cars were booked in what became some sort of historic feat. Never had so many people put their deposits on a car and company in India that was, let me put it, just setting up base in the country.

But the story wasn't to be all hunky dory. Union problems and a lockout later the Uno's fortunes floundered. Many gave up on their deposits, some to only knock at the doors of the law to get them back. The remaining few waited patiently and finally did get their cars, but not before Fiat found its reputation in some tatters. But you can't blame the car for it. It had all the right ingredients – great space, big boot, a nice stiff car with great suspension for bad roads and good ground clearance. There were negatives too of course – build quality was iffy, the engine was neither powerful nor efficient and to top it all it was an electric nightmare. Engines would later change to a more powerful 1.2 unit from the 1.0-litre and a punchy diesel would finds its way under the bonnet too, but the Uno died trying to make a spot for itself in the Indian market.

So why am I talking Uno here, you ask? Well, Fiat is readying, what everyone seems to be suggesting is a new generation Uno. The pictures of the car are all over the web and from initial impressions it seems to be a nice, spacious, high riding car (or mini-SUV?) that could just be the answer for a lot of emerging markets. It looks neat too and if I'm lead to understand, Fiat India is considering it as we speak. If it does seriously sign on the dotted line, then we could be in for a hatch that could be priced in the region of Rs 3.2 to 4.2 lakh with lots of space and a practical, frugal engine to get it moving. It may not necessarily set the market afire selling tens of thousands of units a month, but it could carry Fiat from being a 20,000-30,000 units a year to something much higher. And, considering what the Uno generally has stood for, it'd also make for an excellent fleet car or black and yellow cab in your city.

That of course depends on how seriously does Fiat want to take the Indian market, lest it considers making and selling variations of the Multijet engine more profitable. It's high time Fiat really got into the large volumes game if it wants to be taken seriously by competition. And the Uno could very well help it get there.