Notes from the Raid: The Parrot, the Coconut and the Gypsy 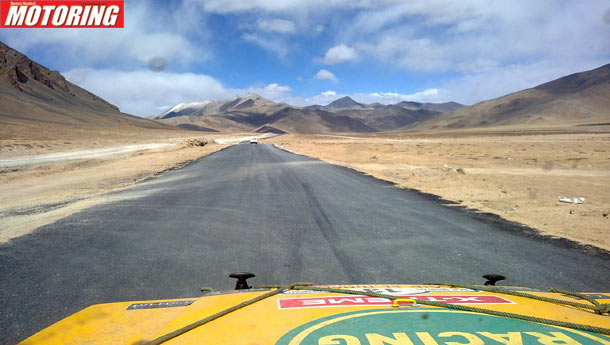 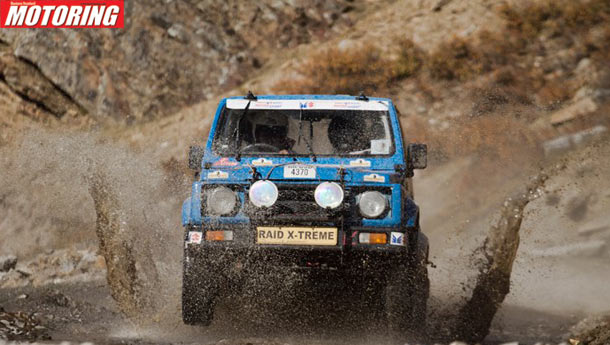 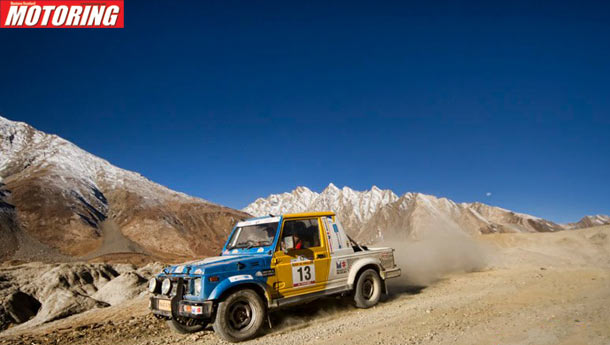 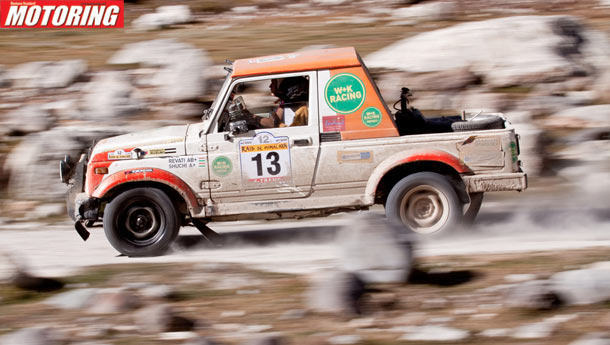 Breaking down and subsequently getting out of the Raid is the single worst thing in the world. You don’t see it coming. No signs from the Universe, no premonitory dreams, nothing.

I have a theory. Come September when the planets align and when the crouching Mummy of Gyu raises its head and the lamas of Lamayuru blow them long horns, high up in the mountains, Nawang Thinley’s three-legged pet parrot hops out into the courtyard and with his incredible beak, pulls forward the names of people from the Raid de Himalaya DNF deck of cards. Clearly, the parrot is on to something big here.

Pray, what, you ask, is a DNF? It stands for ‘Did Not Finish.’ When abbreviated, it can be put to versatile use: as a phrase (I Did Not Finish), a noun (I am a DNF), a proper noun (Oh, look! It’s the DNF Gang), a verb (You DNFed? Me too!) and an adjective (The DNF party in the service park was a big hit).

A rally driver deals with a DNF in his/her own way. For some, a DNF brings forth a grand bout of PMS (Poor Me Syndrome). For some, it’s simpler to just transfer the blame onto something else entirely – the workshop, the service crew, the navigator, the organisers, other drivers, pigeons, goats, the sun, the snow, Frooti; the list is long and fantastic. Then again, most drivers take a moment off to feel bad and then start counting down the days to next year’s Raid.

Out of the seven times that I have participated in the Raid de Himalaya, I have DNF-ed three times. On Day 1 in 2007, on Day 3 in 2008, and more recently (two months ago), on Day 5 in the second last competitive section of the rally. Having achieved this mean feat thrice and at different stages of the Raid, one would imagine that I’ve paid my dues/ had my share/ done my bit to tip whatever Good Driver - Evil Driver scales that exist in the rally cosmos. Only time will tell.

The Raid De Himalaya is the highest altitude motorsport event in the world. The list of things that can go wrong when rally driving in those mountains is so long, it can circle the Earth five times.

Given what we’re up against, rally drivers are great believers in all things that promise success. I, for one, try not to subject myself to anything remotely hocus-pocus on a daily basis. Yet, two years ago, at a session with a face-reading clairvoyant: ‘Keep a coconut in your Gypsy.’ ‘(Gulp) Why?’ ‘Because otherwise, you’ll break your left leg!’ ‘Eh, and the coconut?’ ‘If you keep it in your car, it will absorb all the bad stuff coming your way.’ ‘And hence, die a sad shriveled death?’ ‘Keep the coconut!!’

Typically, I forgot. Well, at least I had forgotten until I found myself staring at a cart full of coconuts in the middle of the road, en route to Shimla for the Raid Scrutiny. And I was reminded of the leg, at which point the clairvoyant would have surely exclaimed, ‘See, God sent you coconut!’

It wasn’t the possibility of the leg breaking that bothered me. What ate away at my pea-sized brain was that if said leg broke and broke in a manner that was bad, then I would not be able to drive further on the Raid that year. Enough said. It’s the Raid de Himalaya. One coconut please.

This year, for the Raid, lemons were deployed. Instead of lying staidly in the glove box like the coconut had in the previous years, the lemons were called into action every morning before flag-off. In the bitter cold, and I say this with a heavy heart, four lemons were detailed to go stand in front of each of the wheels. And then driven over, thus meeting a quick albeit painful end. What is more is that disaster struck anyway, on the second last day, in the second last stage of the rally.

Having been at the receiving end of simpler forms of rally driver misfortune, what transpired on Day 5 of this year’s Raid can only be explained by means of a step-by-step diagram, not unlike those used to describe crime scenes. I initially suspected it was karma; in lieu of the Lemon Massacre, the Universe meted out electrical failure. Or maybe I should be less stupid and not leave gaping wide holes in the center of the car, into which carelessly tucked away leg warmers may fly, and in furiously wrapping themselves around the drive shaft, snap essential electrical wiring!

Over the years, a lot has been said about the Maruti Suzuki Gypsy – the ride quality, the archaic leaf springs, the high center of gravity, the 1298cc engine. It has been called names, good and bad – everything from mountain goat to battle tank to torture on wheels. Then again, it is the only vehicle which can take a beating that phenomenal; across terrain where everything you see on the road is custom-built to break your car. No wonder that the Gypsy is the vehicle of choice for almost all the X-treme category drivers. It’s exceptional. It’s a star.

Putting together an event, a 2200 km car rally no less, in the Himalayas is an exercise in logistics unlike any other. One would imagine it’s largely a thankless job too, especially since there are enough people bleating around the mountains complaining about all sorts of inane things; it’s too cold, the stages are too rough, the transport sections are too tight, flag-off is too early, the snow is too white, the sky is too blue and so on. Yet, for more than a decade, the Himalayan Motorsport Association has made the Raid happen, seamlessly, bleating goats et al.

In Dust We Trust

For the last 13 years, the Raid has been bringing together people from all walks of life, to rally, for six days, in the highest mountain range in the world. Naturally then, the attrition rate at an event such as this is pretty high. Only a handful of those who start, actually end up past the finish line. The spirit of competition is immense, but camaraderie forged at 16,000 ft in sub-zero temperatures is extraordinary. The mountains of Himachal, Ladakh and Kashmir are peppered with stories of broken axles and failed brakes, of near misses and lucky finishes, of tenacious drivers and loony navigators, of a Drang Drung glacier and a Zing Zing Bar, of a Killing Sarai and a Whiskey Nullah.

So why go back every year? Why break your car? Why spend time, energy and resources on this in the first place? ‘Because it’s there’ doesn’t quite cut it. Shut up and drive already.