No price hikes from BMW 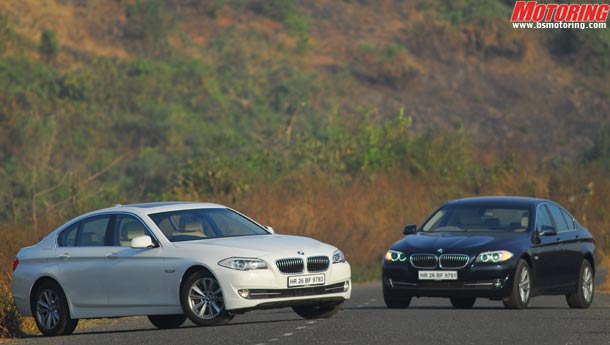 Luxury car maker BMW India today said it will not hike the prices of its locally produced models, 3 and 5 Series sedans and SUV X1, despite new import duty norms on completely knocked down units, as it has already been assembling the engines of the vehicles here.

"At this point of time, our completely knocked down (CKD) operations are fully fulfilling the new regulations. We are paying 10% duty... There will be no price hike," BMW India President Andreas Schaaf told reporters here.

For pre-assembled engines, transmissions and gearboxes, customs duty was fixed at 30% in the 2011-12 Budget as against 10% earlier. However, other parts continue to attract a customs duty of 10%.

"In our engines, about 50% of the assembly is done in India. So it is considered as locally produced," he said, adding, the company has been assmebling its engines and transmissions since the launch of these models in the country.

While unveiling a concept hybrid sports car by BMW, Heavy Industries and Public Enterprises Minister Praful Patel said his ministry has asked the Finance Ministry to give two years' time to the auto industry to comply with the new CKD norms.

When asked about seeking the two-year timeline despite meeting the new guidelines, Schaaf said: "We are of the belief that any regulation should not be changed overnight but should be implemented planfully over a period of time. So we are a part of the SIAM's request to extend the timeline."

He also expressed disappointment on the government not consulting the industry before hiking the customs duty.

Industry body Society of Indian Automobile Manufacturers (SIAM) has been asking the government to either reduce the duty or give manufacturers more time to prepare for more local production of parts before the new duty is imposed.

Last week, rival Mercedes-Benz India had said that it started assembling the engines and transmissions of C and E Class sedans at its Chakan facility. It is, however, producing the S Class sedan by paying 30% customs duty and it is likely to hike the price by about Rs 8 lakh within one month.

BMW sold 6,246 units last year and became the market leader for the second consecutive year after displacing Mercedes Benz, which sold 5,819 cars in 2010.

Schaaf said BMW will start assembling its SUV X3 at Chennai from June and will evaluate options to launch smaller cars like 1 Series and hatchback Mini in India in future.

He also said the company will gradually shift to complete manufacturing of vehicles once it reaches a sizeable volume, but declined to share a timeframe.