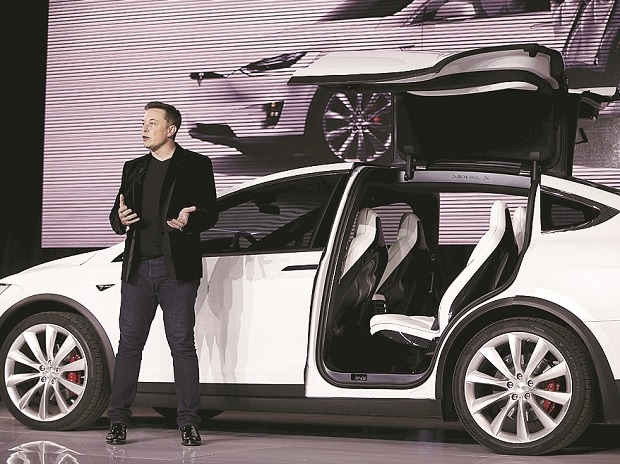 India has reached out to Elon Musk, the founder of electric carmaker Tesla, clarifying that the country's foreign direct investment (FDI) policy does not mandate manufacturers to comply with any minimum local component sourcing norm.

The country's outreach came from the @makeinindia handle, in response to Elon Musk's tweet on Monday saying that a supply chain for components in India did not exist yet, because of which Tesla would not be compliant with the country's 30 per cent local sourcing of components.

Indian media outlets, including Business Standard, had picked up Musk's twitter chatter, speculating that Tesla would push back its timeline for entering India due to the mandatory local sourcing norms for retail.

Globally, Tesla controls the entire experience for customers, unlike conventional automakers who engage local dealers in selling and servicing the cars.

In February, Musk had tweeted that Tesla was looking to drive into the Indian market as early as "this summer".

The Make In India twitter handle's response added that the country's FDI policy permits wholesale of imported goods in India without sourcing conditions.

Several global auto manufacturers, including Mercedes-Benz, Audi and BMW use this route to bring select high-end models into the country, but end up paying 119 per cent in custom duties.

However, it's most likely that Musk was referring to the country's retail policy which requires multinationals to source a minimum of 30 per cent of all products sold in the country locally. This is because Tesla controls the entire experience of selling its products, including owning the stores where its products are sold.

Tesla has been adamant on selling its cars directly to customers, including in its home market of the Unites States (US) where auto dealer lobbies have protested the company's move.

While lawmakers in the US are considering legislation to allow car makers such as Tesla to sell directly to customers, no bill has been passed by the US Senate.

Even in Europe and China where Tesla sells its cars, the company has entered the market and has sold its vehicles directly to consumers.

However, in India, if Tesla wants to stick by its method of sale, the company will be forced to follow the 30 per cent local sourcing norms set by the government.

This is the same rule that has delayed Apple from setting up its single-brand retail stores in India, and have been a hindrance for global retail players such as Ikea.

While India has indicated in the past that it would consider exceptions to the local sourcing norm in the case of cutting edge technology products such as iPhones and Tesla's electric cars, little clarity is available.

Policy makers have suggested that such issues should be seen on a case-to-case basis, but the matter of fact remains that the government has been unable to clearly define what 'cutting edge' means.