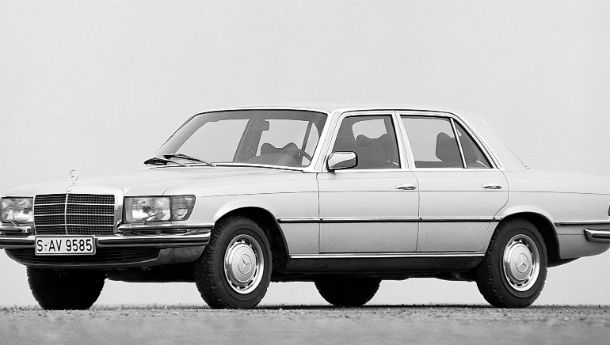 A little over a year ago, I sprouted a desire to become a collector of scale models. There was no logic to this apart from the fact that I wanted only my favourite motorcycles and cars to occupy all the important corners of my house, lending it an 'automotive touch'. In came a BMW R1200GS followed closely by a Mercedes-Benz S500, a Lamborghini Miura, three classic Vespas, and, for reasons I fail to understand, a Mini Cooper and a Lotus Elan. Or is it an Exige? I always forget.

However, I have now decided to not pursue this interest any further. As much as getting my hands on a 1:12 scale W123 E-Class or a W116 S-Class would make me happy, the truth is, it's eating into the funds which were originally destined to bring home a 1:1 scale Mercedes-Benz. Also, now that Hyper City has moved the scale model rack uncomfortably close to the Barbie section, I can't quite stroll to the section without looking like I'm morally incorrect to a very large extent. And at some point in life, buying ginger-garlic paste and Everest Butter Chicken Masala become more of a priority than acquiring automotive art.

This conveniently brings me onto the juice of this blog – distinguishing wants from needs. Ask any car enthusiast his opinion on the VW Jetta and sooner than later, he will tell you about how featureless the interior is. 'It has nothing', said a friend, and I think he's right. Women, however, don't seem to notice these things. 'It's so spacious!' said one, and another asked if it was 'too powerful'. It wasn't, obviously, and beyond these questions, it was back to making jokes about girls who think being an air-hostess is a bright career option. I'm the same. Apart from wishing for every car to feature a retractable roof, I'm okay with all kinds of cars. And it's only a matter of time – sometimes 10 minutes, sometimes, 50 – before driving a Jetta becomes no different to driving, say, a BMW 640d coupe. Eventually, I believe, the only features you notice and care about are the mechanicals, the way the car drives, and the USB-port equipped audio unit. Sat-nav is, in my opinion, for introverts.

Even when I say the Mercedes-Benz S-Class is my favourite car, it's only because driving (even the newest) one is an occasion. Not because it has thirty-two computers in every seat. I like de-specced cars. Every time I drive a new car, I wonder what its bare-bones variant would be like. I think black pressed steel rims look purposeful and so does a rugged dashboard without brushed-aluminium trim. As long as the suspension takes care of your back, and the front-end of the car is telepathically connected to the steering-wheel, you'll be fine. Power is an absolute must, and so is seat-cooling, but asking for anything more means you're in the driver's seat not because you want to drive. I'm either being scientifically true, or all motorcyclists are, as they say, like this only.